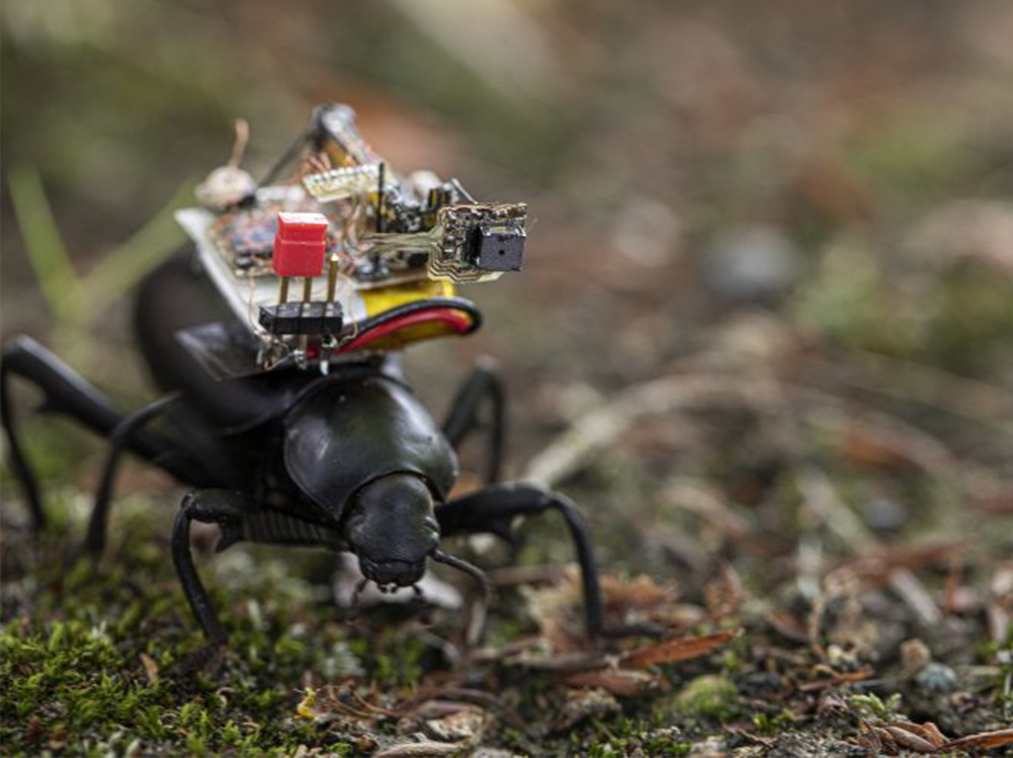 Researchers from the University of Washington have developed tiny backpacks for beetles so they can film their surroundings.

Miniature cameras, which stream to a linked smartphone, gives researchers insights into the lives of the creatures.

It has a range of 120 meters, a little longer than a football pitch.

“We have created a low-power, low-weight, wireless camera system that can capture a first-person view of what’s happening from an actual live insect or create vision for small robots,” said Shyam Gollakota, UW associate professor of Computer Science & Engineering and senior author of the study published based on these results.

“Vision is so important for communication and for navigation, but it’s extremely challenging to do it at such a small scale. As a result, prior to our work, wireless vision has not been possible for small robots or insects.”

The camera weighs about 250 milligrams, which is about one-tenth the weight of a playing card, and was placed on the back of two beetles: a death-feigning beetle and a Pinacate beetle.

It transmits images at one to five frames per second and sits on a mechanical arm that can rotate 60 degrees.

Using this mechanism, researchers can get a high-resolution, panoramic shot of the beetle’s environment.

The challenging in developing the cameras was not image quality or weight, but battery life.

Smartphone cameras, while small, require batteries too big to be carried around by insects. As such, the researchers had to use a tiny, low-power black and white camera which moves when a high voltage is applied to it.

This is similar to how flies see objects; “Flies are using 10 to 20% of their resting energy just to power their brains, most of which is devoted to visual processing. To help cut the cost, some flies have a small, high-resolution region of their compound eyes”, explains Sawyer Fuller, a UW assistant professor of mechanical engineering and co-author of the research.

They turn their heads to steer where they want to see with extra clarity, such as for chasing prey or a mate. This saves power over having high resolution over their entire visual field.”

The benefit of using this method is that the researchers can track an object without having to expend excess energy moving the whole robot.

The camera system was also used to design what the University of Washington say is the “world’s smallest terrestrial, power-autonomous robot with wireless vision”.

These cameras could be used to explore previously-unreachable environments and, in the future, could potentially be solar-powered.

“This is the first time that we’ve had a first-person view from the back of a beetle while it’s walking around. There are so many questions you could explore, such as how does the beetle respond to different stimuli that it sees in the environment?” Vikram Iyer, a electrical and computer engineering doctoral student who also authored the research, said.

“Also, insects can traverse rocky environments, which is really challenging for robots to do at this scale. So this system can also help us out by letting us see or collect samples from hard-to-navigate spaces.”