A lunchtime basketball game, a walk around the rooftop exercise trail or 40 winks in a “nap pod”: just some of the workplace perks that are a step closer for Google’s London employees in what will be their new home.

The US tech firm celebrated the “topping out” of its new UK headquarters as the final beam was hoisted into place on Friday, marking the end of major construction of its horizontal skyscraper, nicknamed the “landscraper”.

Wedged between – and towering over – the capital’s King’s Cross and St Pancras railway stations, the main structural works of Google’s new office building are complete. The facade is also taking shape as the metal frame is being filled in with giant panes of glass and panels of wood.

Dominating the King’s Cross area just south of the Regent’s Canal, the landscraper is 72 metres tall at its highest point and stretches to 330m, making it longer than the 310m Shard skyscraper is tall.

Ground was first broken on the landscraper project in 2017 and Google now calls the building a show of confidence in the return to office working after the pandemic, although others have described the £1bn project as the embodiment of the pre-Covid world of work.

“To see what we have achieved over the past five years, despite challenging circumstances along the way, has been really quite extraordinary,” said Ronan Harris, the managing director of Google UK and Ireland.

As those attending the ceremony sipped non-alcoholic Pimm’s and nibbled on canapés, the building’s final steel beam was signed by Harris and others including the London mayor, Sadiq Khan, and the local MP Keir Starmer. It was then raised into place by a crane, one of six still working on the 92,000 sq metre (990,000 sq ft) building.

The project is the first Google-owned and designed building outside the US, and Khan hailed the view of the City of London skyline visible from the site. “This project represents a real vote of confidence in London, in our communities and in our flourishing tech sector,” the mayor said.

Google is not expected to move into the 11-storey building – which was designed in the studios of Thomas Heatherwick and the Danish architect Bjarke Ingels – until sometime in 2024.

When that work day comes, 4,000 staff will commute to their desks there, taking advantage of amenities including a 25-metre swimming pool on the ninth floor, and a Muga – multi-use games area – where Googlers will be able to play basketball, five-a-side football or tennis.

About 40,000 tonnes of soil will be transported to the rooftop garden, which stretches along the length of the building and in which 250 trees will be planted.

The landscraper will also include a community space for use by local residents, as well as ground-floor retail units, some of which it says it will rent out to small and emerging British brands.

Four-fifths of the building is hung from its steel frame, meaning there are no internal weight-bearing pillars or columns inside, giving the company a large open-plan and flexible space on each floor.

A single, continuous suspended staircase runs from the ground floor to the top of the building, which the company says is designed to encourage interaction between employees.

“I think there really is a huge value in making sure we get that time together,” Harris said. “The spontaneous nature of how people work and collaborate delivers a richness that’s difficult to do just through video conference.”

Not all of Google’s UK staff will be based at the flagship office building, as it will not have the capacity. Google employs about 6,400 people in the UK and has set itself a target of 10,000.

Its staff are currently based at two nearby rented buildings in King’s Cross, and in the Central Saint Giles development near Oxford Street in the centre of the capital.

In January Google announced a $1bn (£871m) deal to buy the brightly coloured Central Saint Giles development, designed by the architect Renzo Piano. Before the purchase, the company was already renting office space at the site, which is also home to more than 100 residential apartments, as well as ground-floor restaurants and cafes.

The firm’s commitment to office buildings comes at a time when many big companies are still weighing up how much and what kind of space they will need after Covid. Perhaps surprisingly, Google – like many of the other global tech firms – has decided not to embrace remote working fully after the pandemic, opting instead for a hybrid approach.

Google’s chief executive, Sundar Pichai, announced last year that the company’s post-Covid working policy would see most staff spending three days in the office “and two days wherever they work best”. Twenty per cent of Google’s global workforce will work permanently from home.

The landscraper project was first conceived long before the pandemic, yet Google insists that owning the building and the Central Saint Giles development will allow it to adapt the space for its future needs.

“We are all learning about the new ways of working and what kinds of spaces that we are going to need in the future, but this gives us the flexibility with a very low carbon footprint to be able to re-engineer the spaces in very short amounts of time,” Harris said.

As employees had returned to the office, Harris said, they had been requesting more collaboration space rather than banks of desks. “It is evolving all the time, and at the moment we are doing a huge amount of consultation with our teams internally to figure out what’s the type of space that they need,” he said. 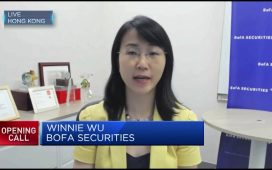 Cutting debt in China's property sector is the right thing to do, says BofA Securities 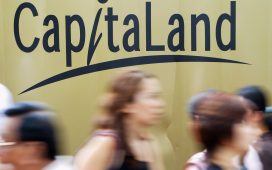 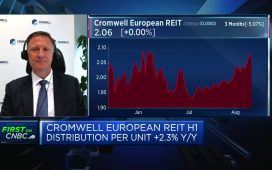 Cromwell European REIT CEO: We are able to pass on inflation to many of our tenants 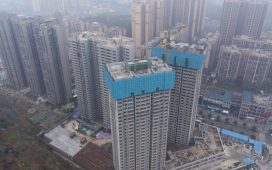 Here's where China's real estate troubles could spill over 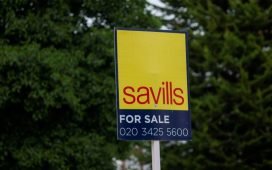 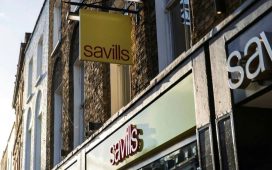