To keep our community informed of the most urgent coronavirus news, our critical updates are free to read. Ongoing coverage is available to subscribers. Subscribe now for full access and to support our work.

Bexar County officials are looking to put $450 per week into the hands of thousands of unemployed workers while they’re trained for new, post-coronavirus careers.

The plan, which marks the first time the county will pay people to get job training, takes aim at two of the area’s major weaknesses: a low-skilled workforce and low wages.

County officials Tuesday set aside $35 million in federal CARES Act funding, out of a total of nearly $80 million, to develop a training program for 5,000 workers.

More than 100,000 workers have filed unemployment claims in the city since mid-March.

Under the county’s plan, trainees would receive the weekly stipend while they take classes at Alamo Colleges campuses in fields such as health care and information technology, Precinct 2 Commissioner Justin Rodriguez said.

The stipend amount was based on what someone would earn working 30 hours a week at $15 an hour. It’s designed to replace that income so the recipient can train for a higher-paying occupation.

“The model that we’ve talked about through Alamo Colleges is that the reality is most training programs are six to 22 weeks long, so how do we stand this up so people get full-time training and they can pay their bills and make a living?” Rodriguez said. “The trick, in addition to that, is we need to somehow have some confidence in what is going to be waiting for these folks at the end of training.”

Details of the city’s plan are scant. Officials are expected to develop a framework for a training initiative when the City Council meets virtually today, Mayor Ron Nirenberg said.

The city has received $270 million in CARES Act funding.

“There’s already some good discussions underway about making we sure that we not only get people back to work, but we also make sure that they’re trained up for the long term,” he said.

Since mid-March, when the pandemic set off an economic crisis, a quarter of all U.S. workers have filed for unemployment, including more than 12 percent of the Bexar County workforce.

On ExpressNews.com: San Antonio unemployed workers are slipping through the cracks

Job losses in Texas have been concentrated in service-oriented industries staffed largely with low-wage workers, such as retail and hospitality.

“We’re going to be concentrating on trying to reach those that are in the service industry that got hit the hardest, and the lowest wage people,” Bexar County Judge Nelson Wolff said. “This is an opportunity for them to really get a skill and make more money than they were making before.”

The county initiative will target workers in suburban cities and areas not covered by the city’s plan.

The University of Texas at San Antonio already is offering free and discounted online courses for people looking to gain skills amid the historic unemployment surge. 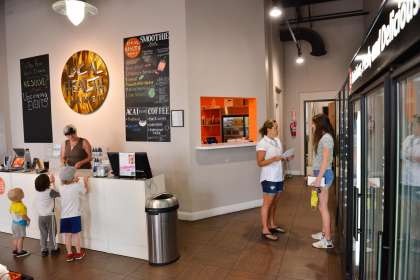 Registration is open for UTSA’s Job Jumpstart program, which offers 24 six-week courses for $75 each. The courses are offered in subjects such as accounting, marketing and health care.

But worker training initiatives have high costs and spotty track records in the U.S. And it’s far from clear whether graduates will be able to find jobs.

“It’s hard to estimate what jobs are going to look like in two weeks, let alone six months from now. That’s the moving target we’re dealing with,” Rodriguez said.

“It’s not just about taking someone who was a waiter and putting him into something else,” he said. “With how the workforce is changing, how do we identify the jobs of the future, post-COVID?”

It’s long been difficult for cities to identify the best jobs for which to invest in training, said Gregory Ferenstein, the founder of Frederick Research, a consulting firm for policymakers, tech companies and nonprofits.

“Worker training is dependent on your ability to predict the future,” Ferenstein said. “If it was that easy, every coding boot camp would be successful. But most fail.” 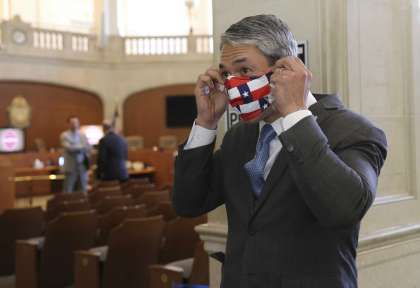 Workers receive a loan from Ferenstein for living expenses while they participate in training, and they pay it back only if they land jobs that pay significantly more than they were making before the training.

But a major roadblock, Ferenstein found, has been convincing local governments to collect and publish detailed data showing whether workers benefited economically.

Without county and city officials committing to publicly sharing data, it would be impossible to know if a training program is making graduates better off, he said.

Ferenstein said cities like San Antonio should act as investors — rather than administrators — in worker training, funneling money to the best-performing job training firms.

“There absolutely is an opportunity for city governments to help residents retrain during the pandemic, but it will require them to be much more outcome-oriented, and to fund private organizations who are successful,” Ferenstein said.

The economic crisis has led leaders to try novel approaches to skills training.

“Income sharing,” he said, is one model.

A laid-off hotel worker who earned $30,000 in 2019, for example, could take out a loan of several thousand dollars to cover living expenses while taking classes.

If that worker graduates and finds a new job paying $40,000 annually, he or she would make monthly payments on the loan. Those payments would be recycled to fund loans for new trainees.

A graduate from the program who found a job earning around $30,000 or less would pay nothing back.

“In the case of student loans, they’ve created conditions where the loan is divorced from the outcome,” Ferenstein said. “Income-share agreements are a little better in that they depend on graduate earnings.”

But local leaders have little time to test different worker-training strategies. The city and county must spend the CARES funding by the end of this year.

Efficiently spending tens of millions of dollars the next seven months will be “a challenge,” Rodriguez said. “It would’ve been helpful to be able to stretch those dollars out a little bit.”

As the city and county prepare to roll out their plans, a key element will be the length of the training program.

The brevity of many career-training boot camps means graduates often are unprepared to enter the workplace, Ferenstein said.

“It takes a good two to three years to really get into a job,” Ferenstein said. “If you look at boot-camp success rates, one of my favorite things to ask is what percent of people who got a job had taken a boot camp previously? A lot of them are on their second boot camps, or have significant coding experience.”

Despite the challenges, Wolff said he and Nirenberg have made workforce development their top priority in planning for the city’s economic recovery.

“You have to have some sort of certification or some sort of job training that offers you an opportunity for a good job,” Wolff said. “I think this crisis with COVID now really accentuates that. 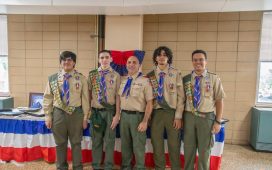 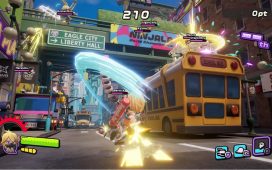 How GungHo launched its bubblegum fighting game Ninjala in the pandemic 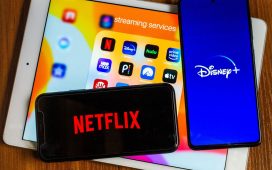 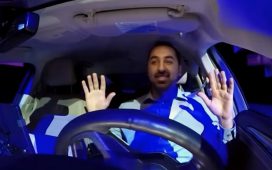 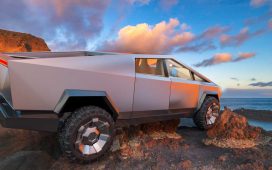