Thailand-based cryptocurrency exchange Zipmex is seeking bankruptcy protection against legal action from creditors, according to an update from the company on Wednesday.

Under the nation’s laws, the move will automatically grant Zipmex protection from the continuation or commencement of proceedings by claimants for 30 days, or until after a Singapore court makes a decision on the applications—whichever comes first.

“This helps protect Zipmex against third party actions, claims, and proceedings while it is active[…] without having to worry about defending potential claims or adverse actions while we are doing so,” the company explained in a statement.

After initially pausing all trading and withdrawals on its exchange on July 20, Zipmex has since resumed certain activity on its platform. The company noted yesterday that its trade wallet and NFT platform, for instance, are now fully operational and no further interruptions to those products are planned. However, withdrawals from Z wallets, which are the main wallets in which customer funds are stored on Zipmex, remain frozen.

The company’s troubles come as a result of fallout from the “crypto contagion” following the collapse of the Terra and crypto hedge fund Three Arrows Capital, coupled with depressed crypto prices amid a deepening bear market. Since May, several crypto trading platforms have frozen user withdrawals, including CoinFLEX, Voyager Digital, Babel Finance, and crypto lending company Celsius.

Three Arrows Capital, Voyager, and Celsius have each filed for bankruptcy.

Zipmex said when it initially paused withdrawals that it had encountered financial issues with “key business partners,” which the company later revealed to be $48 million and $5 million exposure to Babel Finance and Celsius, respectively.

The company said yesterday that it plans to use the time allowed by bankruptcy protection to resolve its liquidity issues, create a restructuring plan, and secure new investments to support its operations going forward. The firm claims that it has already received “formal, registered interest” from potential investors to shore up its finances.

Stay on top of crypto news, get daily updates in your inbox.

Peter Schiff Warns US Faces a ‘Massive Financial Crisis,’ Economist Expects Much Larger Problems Than 2008 ‘When the Defaults Start’ CoinDesk's Markets Daily: Ethereum Is Getting Cheaper to Use, Even Before the Merge – CoinDesk

Bitcoin could top the $25k resistance level in the coming days 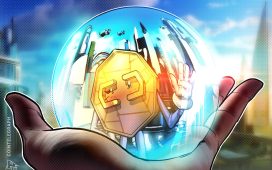