The leading cryptocurrency jumped to $30,500 during Asian hours, extending the recovery from the weekend low of $28,912. Prices dipped 3.2% in the seven days to May 22, confirming a 7-week losing streak, its longest since 2011, Forbes data shows.

The European stocks posted modest gains and the futures tied to the tech-heavy Nasdaq interest jumped 0.7%, pointing to a positive open on Wall Street.

Risk sentiment likely got a lift from Biden, saying his administration was considering removing the economically-damaging trade tariffs on China imposed by the former President Donald Trump. “I am considering it. We did not impose any of those tariffs. They were imposed by the last administration and they’re under consideration,” Biden said during a news conference with Japanese Prime Minister Fumio Kishida.

Biden’s comments come as the wave of inflation threatens to push the world’s largest economy into a recession and may affect the outcome of midterm elections due in November. Tariffs can be inflationary, as they are designed to raise the price of goods. Thus, reversing those may contain price pressures to some extent.

However, Biden also said that China’s increasingly assertive stance over Taiwan was “flirting with danger” and promised to defend the self-governed island from Beijing’s military invasion. Biden’s comments were met with defiance, with Beijing saying that “Taiwan is an inalienable part of China’s territory,” and the country will defend its national interests over the island.

Markets turned a blind eye toward Biden’s Taiwan comment for now. The President gave a similar warning to China in October last year, only to have the White House issue a clarification stating that the U.S. policy towards Taiwan had not changed and is still “guided by the Taiwan Relations Act. Under the act, Washington can help Taiwan bolster its self-defense capabilities but cannot guarantee military help or intervention in the case of conflict with China.

Also, helping the sentiment was the surprising uptick in the German Ifo business climate index and the partial reopening of China’s port city of Shanghai after months of coronavirus-induced lockdown.

Judging from the technical charts, Bitcoin’s relief rally looks to continue with the daily chart relative strength index violating the downtrend and the MACD histogram crossing into bullish territory above zero. The relative strength index or RSI is an indicator used to identify overbought or oversold conditions by measuring the magnitude of recent price moves. The MACD histogram is an indicator used to identify trend changes and trend strength. A crossover above zero indicates bullish reversal while a dip below zero represents a bearish shift in trend.

The consecutive bear failure to establish a foothold under the July 2021 low of $28,800 on the weekly chart suggests bearish exhaustion and supports the case for a recovery rally. The immediate resistance is seen at $31,400 (May 15 high), followed by $32,900, the 5-week simple moving average).

That said, there are plenty of factors that could complicate the expected recovery rally. To start, potential escalation of tensions between the US and China over Taiwan could see investors dump risk assets in favor of safe havens like Treasuries, yen and gold.

Further, impending reversal of negative interest rate policy by the European Central Bank could add to crypto woes. The European Central Bank (ECB) President Christine Lagarde said the apex rate-setting body could lift the benchmark borrowing cost out of the negative territory by September and raise it further if inflation persists. The euro rallied in response to Lagarde’s comments. At press time, EUR/USD traded 1% higher on the day at 1.0867, according to charting platform TradingView.

The ECB pushed interest rates below zero in 2016 and reduced them further to -0.5% in the subsequent years. Over the years, the crypto community has considered the negative rates policy the flag bearer of everything wrong with the fiat currency system and called for increased adoption of cryptocurrencies.

Further, there is considerable uncertainty about the Ukraine war’s inflationary impact, the global monetary policy tightening and the fallout from the collapse of Terra’s UST and LUNA tokens. The longer duration charts remain biased bearish.

The US first-quarter gross domestic product, durable goods orders, and personal consumption expenditure for April, the Fed’s preferred measure of inflation, scheduled for release later this week, could also inject volatility into markets. Traders will scan Wednesday’s Fed minutes to see if policymakers are confident of curbing the most aggressive inflation in four decades without pushing the economy into a recession. 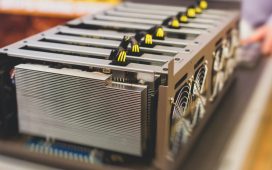 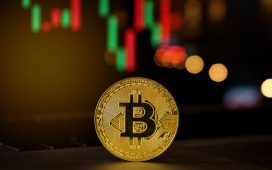 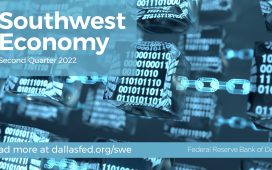 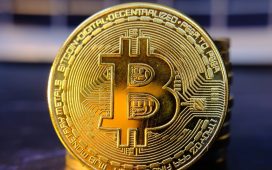