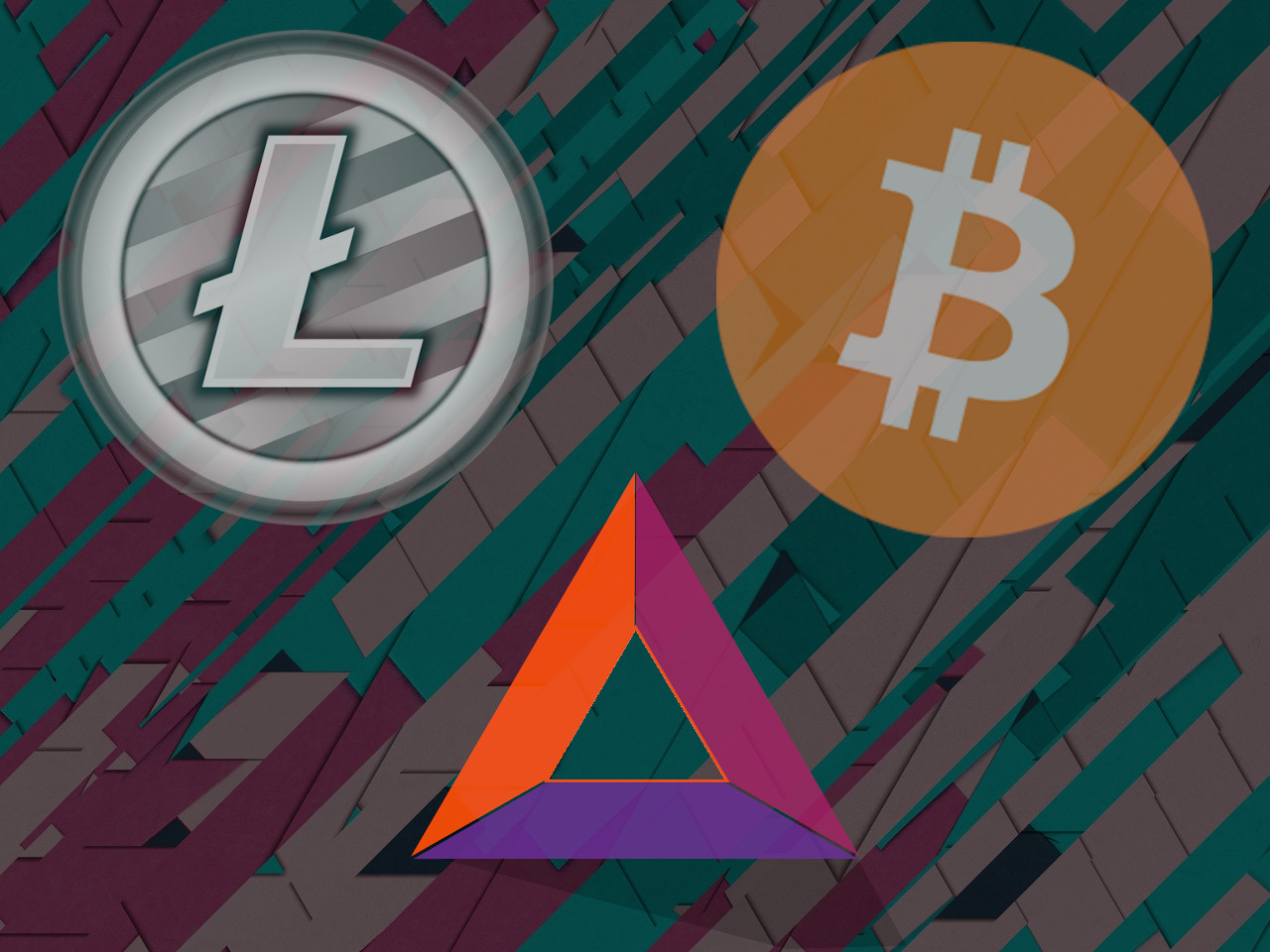 Another slow day for crypto markets. Bitcoin continues to trade sideways and the rest follow. Let’s take a look at some of our favorite cryptocurrencies and see if the charts tell us anything.

On 8 September at 06:00 the price of Bitcoin climbed up to almost $10600.  However, the bullish move did not last long since today’s hourly chart gives a shocking scenario.  Investors were highly anticipating for higher price value, but today, BTC/USD performance has narrow down there expectations.  BTC/USD pair escalated from the opening price of $10546.64 to the current price of $10285.07 that shows a dip of 2.5% over the last 24hrs.

Afterward, the downside correction was reflected in several moves, with both the support level $10324.37 and resistance level $10528.07 being breached.  Besides, the pair’s price is now trading below $10271.80 support level. Additionally, the RSI and the moving averages are suggesting a bearish outlook. This is because the long-term SMA has been hovering above the short-term SMA.  The RSI is also trading near the oversold territory. However, the Bollinger band is now contracting that signify a reduction in volatility that gives investors a slight hope for an upward rally. 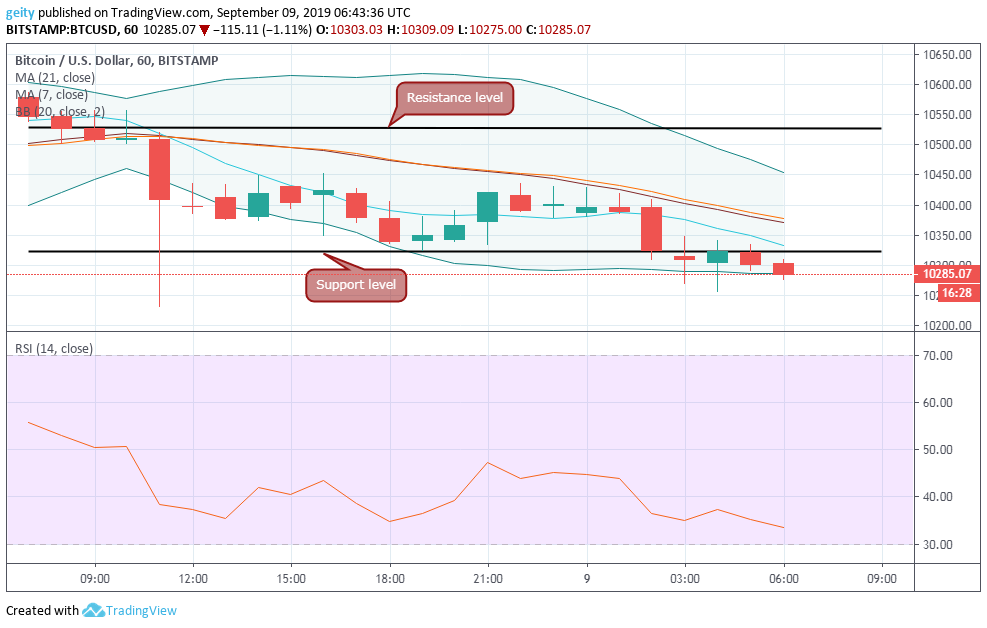 LTC/USD pair showed several attempts to break the critical resistance level near $70.951.  However, the bulls seemed to be overpowered by the bears that are now crashing the market momentum.  A breach below $68.964 support level was also encountered that reflected strong selling pressure. The dip has thereby moved the opening price from $70.378 and is now changing hands at $68.525.  That translates to a down surge of 2.6% over the intraday.

On the contrary, the Bollinger bands are expanding that suggested an increase in volatility.  However, further decline is foreshadowed, with the moving averages giving a bearish sign. The RSI indicator that is trading north ways and is closed to the negative zone that suggests that sellers have the upper hand. 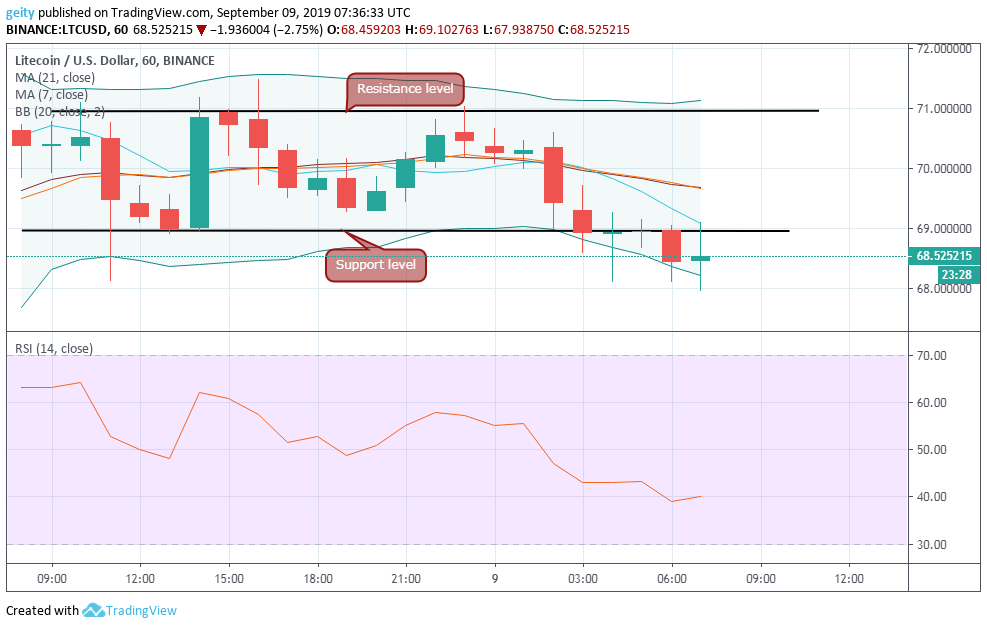 BAT/USD pair is also on a downside crush, before having seen a medium-term period of consolidation below $0.1778 and $0.1732.  The consolidation period corrected losses that resulted in a downside price fluctuation that dropped sharply by 5.7%. The pair’s price, therefore, escalated from $0.1747 to $0.1648.  Afterward, there is a formation of a descending trend line, marked (A) which confirmed a bearish trend.

In terms of technical indicators, the Bollinger band is now expanding that showing a high level of volatility.  The RSI is at the press time below the oversold territory that signifies a negative sign; thus an increase in sellouts.  Notably, Investor’s sentiment is likely to reduce due to an increase in lower price digits. 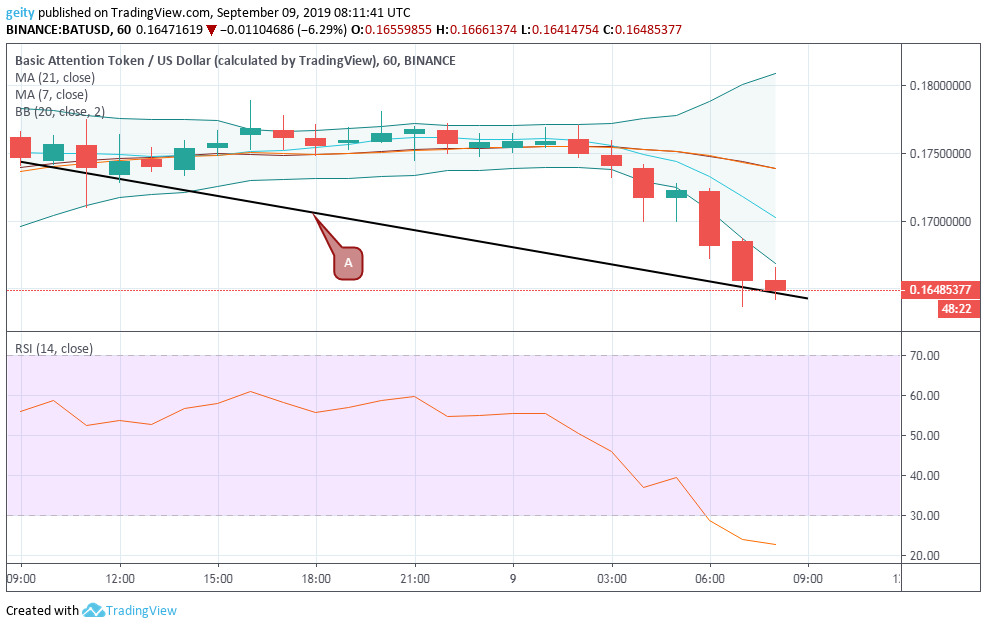 Disclaimer: This is not trading or investment advice. The above article is for entertainment and education purposes only. Please do your own research before purchasing or investing into any cryptocurrency or digital currency.

These 3 Factors Show Bitcoin Has Further to Fall After Hitting $6,000

Despite 10% Crash, Bitcoin Price Still Has This Key Silver Lining

Binance Launches a Coronavirus Charity to Raise at Least $5 Million

Bitcoin (BTC) Will Easily Recover Ahead of Halving, Manager Confident