The major cryptocurrencies are trading slightly above their overnight lows thanks to an oversold bounce that followed the altcoin-led crash. While the top coins stabilized somewhat, the long-term technical setup in the segment further deteriorated after the violent move, and as several of the currencies plunged below key support levels, our trend model turned even more bearish. Selling pressure is still clearly dominant in the market and traders and investors should still not enter new positions, even if strong counter-trend moves are likely in the coming days.

While the overall picture is bleak, BTC is still holding up well above the crucial $5850 level, so a secular trend change is not yet confirmed by the most valuable coin. That said, for even a short-term reversal, bulls would need a broader leadership to form among the coins. For now, the relatively weak coins are still leading the market lower, while the previously stronger ones aren’t showing stability, pointing to a still strong negative trend.

With the total value of the coins falling below the $220 billion level, the market is back to valuation levels last seen before the near-vertical run-up towards the end of last year. As sentiment is nearing bearish extremes, a more durable bottom could be close in time, but given the technical damage, traders should wait for a short-term trend change to enter new positions.

Bitcoin fell below the next major support level at $6275 before rebounding, with the strong declining short-term trend still being intact. The coin managed to briefly recapture the $6500 resistance, but a move towards the June lows still looks likely in the coming week. The short-term momentum indicators are oversold, with further resistance levels ahead for the coin at $6750, $7000, $7250, and $7350.

Ethereum is still testing the April low near the $360 support after dipping below $350 yesterday, as the second largest coin only managed to gain a few percent after the rout. The relative weakness of the coin is a bearish sign for the whole segment, and now a move to the $335 level is likely. The declining short-term trend is clearly intact, and with strong resistance ahead at $380 and $400, traders should remain defensive here.

Ripple fell as low as the $0.30-$0.32 zone as expected before the bounce, and now the coin is trying to maintain the oversold bounce, but selling pressure remains strong. Despite the deeply oversold short-term momentum readings, traders should avoid entering new positions here, as a dip below support is still possible, and the strong downtrend remains intact.

Monero is still among the weakest majors from a long-term perspective, and this leg of its downtrend carried the coin below the key $100 level after it violated the June low at $110. Strong support is now found near $80, where the coin formed a base during last autumn, and that zone is an ideal candidate for more durable bottom. For now, the currency remains on a sell signal on all time-frames, with further resistance ahead at $125. 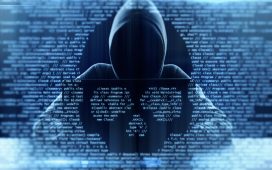 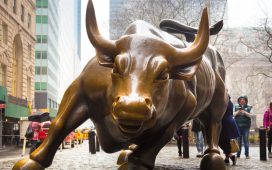 Chainlink could moon to $20 if Bitcoin doesn’t dump 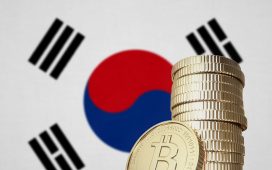