Bitcoin price surge as crypto breaks $39,000 for the first time in nearly 6 weeks

During the conference, Mr Musk said that Tesla would most likely reengage transactions with bitcoin for their vehicles.

This is because bitcoin mining has been shown to utilise over 50 percent of electrical energy from renewable sources.

Another boost to buyer sentiment for bitcoin is the news that Amazon is currently “exploring” ways of accepting payments in cryptocurrency.

Jeff Bezos’ company is now seeking to hire a cryptocurrency expert for this very purpose.

A spokesperson for Mr Bezos’ company, which has a market capitalisation of $1.6trillion, said: “We’re inspired by the innovation happening in the cryptocurrency space and are exploring what this could look like on Amazon.

“We believe the future will be built on new technologies that enable modern, fast, and inexpensive payments.

Day traders in cryptomarkets who short bitcoin are betting that the price will fall further.

But because the bitcoin price reversed its trend and began to increase in value, the short traders quickly exited their positions which helped to make the price jump even higher.

This led Mr Arvanaghi to contemplate that the “extent of the jump was probably driven by over-leverage shorts”.

The massive liquidation of bitcoin short-sellers that happened on Sunday and Monday seems to have made the value of the cryptocurrency jolt upwards.

The current ‘short squeeze’ is a sign that there was an unusually high amount of short positions on bitcoin in markets.

On Sunday and Monday, nearly $900 million in short positions were liquidated, causing the bitcoin price at one point to spike by 15 percent in value.

This is because short positions were rapidly losing money as the value of bitcoin was increasing.

This caused traders to exit these positions quickly so as to get out with the least amount of damage possible.

UK energy crisis: what happens now – and should you switch? 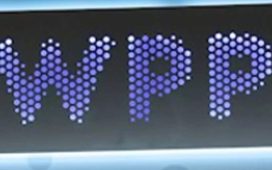