Bitcoin SV is now ranked at #9 on coinmarketcap. Tether has grabbed the previous rank that Craig’s company had a hold of. The price of BSV is at $198.81 on coinmarketcap. A plunge of 0.89% was seen which led to a minor drop. The trading volume recorded stands at $291.168 million in the course of the past 24-hours.

The supply has 17,854,986 BSV tokens in play. The total market cap of Bitcoin SV is $3.549 billion. In spite of having support in the cryptosphere, many like Changpeng and Charlie Lee, even Justin Sun have ridiculed the claims of Craig Wright. Wright has been popularly dubbed as “Fake Satoshi”.

Stephen Palley is a bitcoin skeptic who looks at most cryptocurrencies as a risk. However, his analysis of Craig’s court case might have made a few enthusiasts chuckle heartily:

Assume the font metadata in the PDF is equivocal, can go either way. How will Wright’s team explain the email metadata?

Craig Wright is involved in the case against his previous “business partner” David Kleiman’s family. Dave Kleiman is slated to have been involved in the creation of bitcoin, and Wright had made certain allegations with regards to being the real Satoshi Nakamoto.

Ira Kleiman, the sister of the security expert, has accused Wright of being responsible for fraud. Craig allegedly cheated Dave of thousands of worth of bitcoins.

The lawyer says that the font Calibri used in the document which would’ve proved Wright and Kleiman worked together, had copyright linked to the year 2015. This shows the depths to which Craig will sink to in order to propagate his beliefs on to those who are gullible.

With all due respect, sensible crypto investors wouldn’t believe the lies of Wright. He has even accused Changpeng the leader of Binance of being involved in prostitution. Craig might be held “in contempt” as he had failed to present evidence within the directed amount of time. 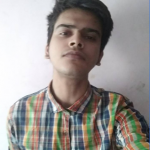 Economist Jeffrey Tucker: ‘Can You Imagine BTC Price if it Had Scaled?’ – Cointelegraph

Proof of Stake Vs. Proof of Work: Which One Is ‘Fairer’? – Cointelegraph