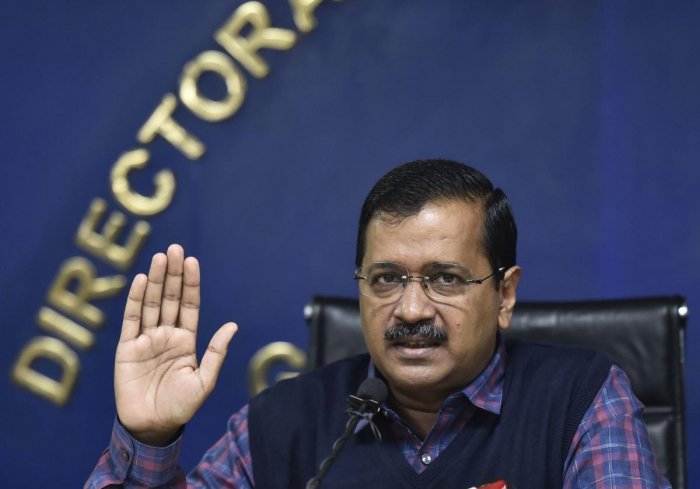 Delhi Chief Minister Arvind Kejriwal on Tuesday said the BJP is targeting auto-rickshaw drivers who have painted ‘I love Kejriwal’ on their autos by slapping heavy challans on them.

Tagging a media report according to which an autorickshaw driver was fined Rs 10,000 for painting ‘I love Kejriwal’ on his auto, Kejriwal urged the BJP to stop targeting the poor.

“The BJP through its police is making false challans of poor auto drivers. His only mistake is that he has written I love kejriwal. Such maliciousness against the poor is not right. I appeal to the BJP to stop taking revenge from the poor,” Kejriwal said in a tweet in Hindi.

The AAP is running an ‘I love Kejriwal’ campaign under which people who want Arvind Kejriwal to become chief minister of Delhi again are being given pamphlets for distribution.

Under the campaign, the autorickshaw drivers supporting the AAP have painted ‘I love Kejriwal’ on their autos’.

Christmas Eve: NASA astronauts wish everyone ‘peace and love’ for Christmas from space

Forecasting the world in 2020