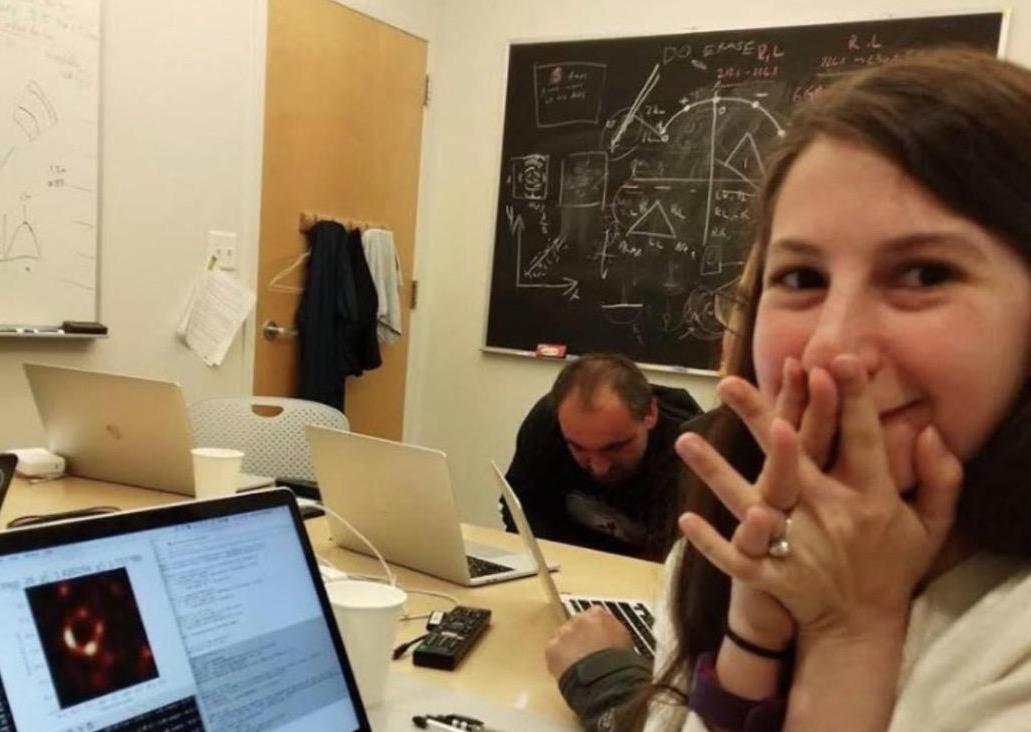 Scientist Katherine Bouman has become one of the world’s most popular people for helping create the first ever picture of a black hole.

The researcher was one of a team made up of a huge number of experts who produced the image, which shows the blazing red and yellow of the event horizon that surrounds the first black hole ever to be seen.

And one image in particular of Dr Bouman doing part of that work – using an algorithm she wrote to generate the image that made headlines around the world – has served as a reminder of the vast amount of expertise that has gone into creating such an achievement.

The picture she posted to Facebook showed her sitting in front of a computer as the famous photograph was assembled.

“Watching in disbelief as the first image I ever made of a black hole was in the process of being reconstructed,” she wrote alongside the picture.

Despite her role in taking the picture, Dr Bouman is not actually an astronomer. Instead, her expertise is in computer algorithms, and the work she did was to help turn the data received by astronomers into a useful picture, rather than collecting that data in the first place.

The now famous picture of the black hole was generated by scientists who turned a series of dishes around the world to point together deep into space, creating one huge virtual telescope. All of the vast amount of data that process produced then had to be sorted through to understand what exactly it showed – and it was an algorithm written by Dr Bouman that helped turn that messy data into something visible.

Her work began three years ago, when she was a graduate student at the Massachusetts Institute of Technology. She led the project alongside a team from MIT’s Computer Science and Artificial Intelligence Laboratory, the Harvard-Smithsonian Centre for Astrophysics and the MIT Haystack Observatory.

Though she was still a relatively junior researcher at the point, those involved in the project have credited the work of those younger scientists with helping make the breakthroughs that allowed the picture to happen.

Almost exactly two years before the announcement, Dr Bouman gave a TED talk in which she talked about the work to take a picture of the black hole and how that would be achieved. She noted that such a feat could be possible within a couple of years – which, it turned out, it was.

The breakthrough led to her being hailed on social media, and her name was quickly trending. She received callouts from celebrities including Alexandra Ocasio-Cortez, who tweeted about her achievement.

“Take your rightful seat in history, Dr. Bouman!” she wrote. “Congratulations and thank you for your enormous contribution to the advancements of science and mankind. Here’s to #WomenInSTEM!”

Dr Bouman has stressed that the work that allowed the image to be created was the result of co-operation between a whole host of researchers.

“No one of us could’ve done it alone,” Bouman told CNN. “It came together because of lots of different people from many backgrounds.”

You can do a lot of cool things with a dollar – 9News.com KUSA

Ancient Egyptian board game was used to talk to the dead 3,500 years ago

30 Federal IT Influencers Worth a Follow in 2019 – FedTech Magazine