The communications media mogul was reduced to a bumbling buffoon trying to explain his bigoted sexist history. How can any reputable Black leader—who really cares about Black America—still support Bloomberg?

Senator Elizabeth Warren, former Vice President Joe Biden, and Senator Bernie Sanders, all took turns battering and blooding Bloomberg on the debate stage. Bloomberg’s record on the racist application of Stop-and-Frisk policing during his time as mayor, and the long list of sexual allegations swirling around him, came back to bite him hard.

Senator Warren delivered the night’s most devastating body-blow saying, “I’d like to talk about who we’re running against: a billionaire who calls women fat broads and horse-faced lesbians. And no, I’m not talking about Donald Trump. I’m talking about Mayor Bloomberg.”

Senator Sanders punched Bloomberg on Stop-and-Frisk saying, “In order to beat Donald Trump, we’re going to need the largest voter turnout in the history of the United States. Mr. Bloomberg had policies in New York City of Stop-and-Frisk, which went after African-American and Latino people in an outrageous way. That is not a way you’re going to grow voter turnout.”

Bloomberg was on the ropes all night unsuccessfully trying to deflect the incoming landing blows. Most of the night, he looked lost and bewildered. He was pitifully unprepared for the questions he surely knew were coming regarding his appalling record on racial policing and sexual harassment.

How can Black leaders, especially in New York City, endorse Bloomberg who represents the very worst things in politics and corporate America? How can they condemn Trump while singing us praises about Bloomberg? How can they make excuses for someone who expanded Stop-and-Frisk, by 600 percent, during his mayoral tenure—where over five million mostly Black and Latino New Yorkers were subjected to racist police profiling, which was ruled unconstitutional in the Floyd v. City of New York case?

The failure of Black leadership here is egregious.

Malcolm X, in his infamous December 1st, 1963 “Chickens Come Home to Roost” speech, at the Manhattan Center in New York City, called out this kind of Black “leadership” and the devious white liberals who use them to influence the Black community.

Here is what Malcolm said:

“Politically the American Negro is nothing but a football and the white liberals control this mentally dead ball through tricks of tokenism: false promises of integration and civil rights. In this profitable game of deceiving and exploiting the political politician of the American Negro, those white liberals have the willing cooperation of the Negro civil rights leaders. These ‘leaders’ sell out our people for just a few crumbs of token recognition and token gains. These ‘leaders’ are satisfied with token victories and token progress because they themselves are nothing but token leaders.”

As revelations came to light about Bloomberg’s racist stereotypical comments on the 2015 Aspen Institute tape, about Black men and crime, Black leaders in New York City were endorsing this virulently vocal champion of Stop-and-Frisk policing. Have they forgotten the racist application of Stop-and-Frisk policing led to the deaths of people like Eric Garner and Sean Bell?

On the Aspen Institute tape, Bloomberg said, “Ninety-five percent of murders—murderers and murder victims—fit one M.O. You can just take the description, Xerox it, and pass it out to all the cops. They are male, minorities, 16–25. That’s true in New York. That’s true in virtually every city…the way you get the guns out of the kids’ hands is to throw them up against the wall and frisk them.”

This is the same mayor who also said police stop white people too much and Black people to little.

How can Black politicians and preachers support the man who expanded Stop-and-Frisk much more than Rudy Giuliani?

Last week, Queens Representative Gregory Meeks endorsed Bloomberg saying, “The most vulnerable communities in America cannot weather another four years of a Donald Trump presidency.” Is Meeks saying getting rid of Trump means Bloomberg must get a pass?

Would Black America be so much less vulnerable under the presidency of the man who expanded Stop-and-Frisk—who defended it until he decided to run for the White House? And is Meeks really saying only Bloomberg can defeat Trump? So, none of the other candidates, like Senator Sanders or Senator Warren, who have much more grassroots voter support, can beat Trump?

Last year, Meeks endorsed current Queens District Attorney Melinda Katz over Tiffany Caban. Meeks denounced Sanders and Warren for endorsing Caban, especially since they had the gall not to consult him. Meeks was happy with the, eventual, Katz’s “victory,” one that was very likely stolen from Caban.

In a Black Star News interview, Queens Councilman Rory Lancman said, “Queens sends more people to Rikers Island for misdemeanor offences than any other borough… Queens is ground zero for the incarcerable punitive approach to criminal justice.” Lancman also said “Queens is the only borough without a wrongful conviction unit,” which is problematic for wrongfully incarcerated victims like Chanel Lewis. But Rep. Meeks declined to back the progressive candidate Caban, whose platform was about changing the corrupt criminal justice practices in Queens that criminalizes many of Meeks’ Black constituents.

READ  A Court Date for QuadrigaCX: What to Expect at Tomorrow’s Hearing - CoinDesk

Instead of addressing his racist comments on the Aspen Institute tape, Bloomberg touted Black leaders of the faith who support him. One of these so-called faith leaders is Rev. Calvin Butts of Harlem’s Abyssinian Baptist Church.

Rev. Butts said he accepts Bloomberg’s apology while recalling how Bloomberg once gave him a donation check—reportedly for $1 million. Butts said Bloomberg “used his money, which is one of the reasons I continue to support him, to express his sincerity.”

Does the reverend realize what he is saying? Is this anything more than Butts’ confessing he supports Bloomberg because Bloomberg personally gave him money?

Butts would apparently have us believe because Bloomberg gave him money this proves Bloomberg’s “sincerity.” Butts also seems to suggest Bloomberg’s donation to him is an expression of support for Black people.

It is a truly sad commentary when we see Black political leaders and preachers supporting someone like Bloomberg whose racist comments and prejudiced policing policies were so damaging to Black New Yorkers. When certain Black leaders make alliances with those who have continued the practice of using Black people as sacrificial lambs for political expediency—especially within criminal justice—what does this say about these leaders?

Unfortunately, what we’re witnessing here seems to be exactly what Malcolm X talked about—Black “token leaders” selling out Blacks to advance their own personal ambitions. 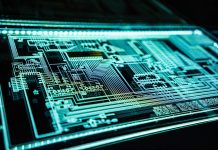 Ripple-Compatible Chip Development Is Said to Be Sponsored by U.S…. – Coinspeaker 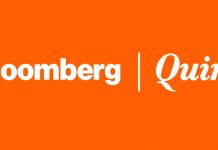 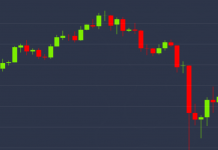 Up 3%: Bitcoin Leaves S&P 500 Behind in Year-To-Date Recovery – CoinDesk 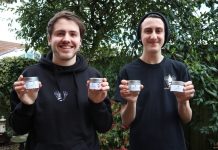 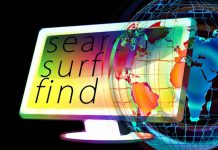 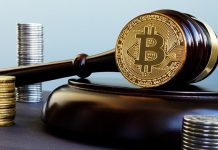 Bill proposes limit of $9000 for ICO investors in Russia – Chepicap