BlackRock, the world’s biggest asset manager, on Friday sold some of its holdings of 30-year US Treasury bonds, after concluding that current low yields were “not anywhere close to fundamentally correct”.

Rick Rieder, BlackRock’s chief investment officer of global fixed income, who oversees the group’s $2.3tn bond portfolio, told the Financial Times that it pared down its exposure to long-dated US Treasuries as the yield fell below 1.9 per cent for the first time ever.

Intensifying concern over the spread of coronavirus outside China sent investors rushing to safe assets on Friday, while weak data on the US economy further stoked the rally in Treasuries.

“[Rates] at these levels are not anywhere close to fundamentally correct,” Mr Rieder told the FT. “With bad news, everyone goes one way. You want to try to be on the other side of it.”

The 30-year Treasury yield has fallen 47 basis points since the start of the year, while the yield on the benchmark 10-year bond has slipped by a similar amount, to below 1.5 per cent.

Yields on longer-dated debt have fallen faster than those on shorter-dated notes, prompting an inversion of the yield curve that investors fear is a signal of impending recession.

Mr Rieder did not predict a dramatic reversal, however, and described BlackRock’s actions as “taking chips off the table” rather than a more dramatic exit from long-term Treasuries.

“Markets can stay fundamentally impure for much longer than people think,” he cautioned.

The Treasury market rally has intensified as signs of the economic fallout from the coronavirus has grown in recent weeks. The virus has claimed more than 2,200 lives, infected over 76,000 and disrupted supply chains across the world.

Expectations for US monetary policy have shifted as a result, and markets are pricing in at least one quarter-point reduction in US interest rates in the second half of the year, according to futures prices compiled by Bloomberg.

Mr Rieder said he did not agree, since most economic data out of the US remains solid, and the Federal Reserve has signalled its intention to keep rates at current levels throughout 2020. “The Fed wants to stay on hold and see where things go,” he said.

The global fixed income business overseen by Mr Rieder accounts for $2.3tn of BlackRock’s $7.4tn in assets under management.

The largest single fund managed by Mr Rieder, the $35bn BlackRock Strategic Income Opportunities, has returned 1.6 per cent so far this year, outpacing its peers by 0.9 per cent, according to Morningstar. 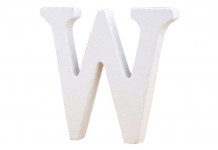 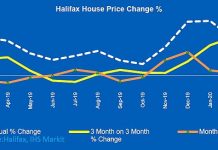 We're victims …twice over: Every year parents such as Lalena are denied bereavement benefits

Tighter scrutiny on the cards for financial conglomerates