BlackRock’s assets under management retreated slightly during the third quarter but remained near an industry peak of $9.5tn, while revenues rose strongly from client demand for actively managed and sustainable funds during a volatile quarter for financial markets.

“We delivered our 10th consecutive quarter of active equity inflows . . . with $31bn of inflows across our sustainable active and index strategies,” Larry Fink, chief executive, said in a statement.

The adjusted operating margin, eased to 38.3 per cent in the quarter from 40.2 per cent a year ago.

Long-term investment flows, a metric that excludes cash management, came in at $98bn. This represented an organic base fee growth of 9 per cent and BlackRock said it was “driven by broad-based growth spanning our active platform and our ETF product categories”.

In the past week Wall Street analysts cut third-quarter earnings per share estimates for BlackRock from $9.71 to $9.39, citing lower fee revenue and higher costs during the preceding quarter.

BlackRock increased salaries by 8 per cent for the majority of its employees from the start of September, and higher business costs associated with increased travel and the launch of new funds have weighed on its share price in recent months.

The asset manager’s “superior growth and profitability profile is already reflected in the stock,” said Rob Lee, analyst at KBW. 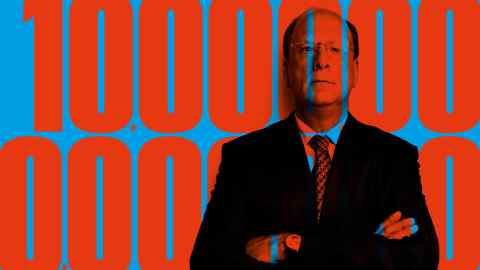 Overall assets under management at BlackRock tallied $9.46tn at the end of September, up 21 per cent on the year, but down slightly from $9.49tn at the end of June. It dominates the league table for asset managers, with Vanguard next in line at $8.3tn of assets at the end of August.

With their dominant presence in exchange traded funds and mutual funds, large asset managers are seen facing a tougher regulatory environment. The IMF recently called for better global regulation of investment funds to stem the threat of asset fire sales during periods of market stress.

The sharp growth in assets managed by BlackRock from $6.5tn in the first quarter of 2020 towards $10tn has been accompanied by a shift in tone from the company.

“BlackRock are tying to reshape the argument away from their dominance in areas such as ETFs, by highlighting they only have a small share of all money invested in financial markets,” said Kyle Sanders, analyst at Edward Jones. 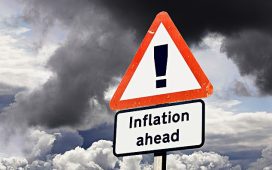