Recently, EOS launched the beta of its social network, “block.one’s Facebook” Voice. But the launch raises many concerns, one of them being exactly the one that the social media giant Facebook was criticized about, the same company EOS is challenging with Voice.

In order to join the beta of Voice, the interested participants have to submit their home address, personal photos, and government identification.

The “decentralized” social platform #Voice is launching their beta. I requested to join it and here’s what they require as a start:

It’s like Facebook but on #EOS and with tons of your private data. No issues here ?‍♀️

This Weiss Crypto Ratings says raises “privacy alarms” but “even more concerning, service tasked with verifying this information may use it to collect debts & help law enforcement.”

“First EOS, now this. Apparently, these guys don’t even believe in decentralization. What are they doing in this industry?” commented Weiss Crypto Ratings.

Back in June Block.One, the company behind the largest initial coin offering (ICO) in history announced Voice, a new kind of social network that verifies the identity of every single account and has a native cryptocurrency, that’s to be launched on the EOS mainnet.

However, recently it was revealed the plans have changed. The frequently asked questions on the Voice website states the new application would run on a private deployment of EOSIO software and there might be no chance of it running on EOS ever. The FAQ reads,

“While Voice is in beta and a highly iterative state, it will be run on a purpose-made EOSIO blockchain. In time, we would like Voice to leverage the EOS Public Blockchain, and potentially others that can meet the performance and governance demands of Voice.”

It’s worth noting that in the past, EOS had performance issues, just a few months back, a dapp EIDOS clogged the network, that could be a potential reason behind this decision.

Moreover, crypto exchange Binance stated in its latest research that the delegated Proof of Stake consensus network is “victim of its governance, where the largest EOS holders further consolidate their position and hold all the power.” 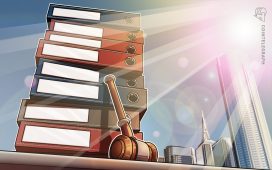 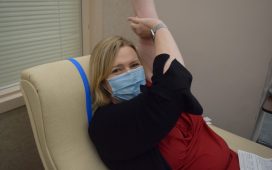