Blockchain technology has emerged as one of the most widely discussed and deployed new technologies in recent years. Many industries worldwide have been influenced by this disruptive innovation, which has resulted in substantial changes and major disruptions.

Blockchain technology can be said to be more than a revolutionary technology because it is the foundation on which many disruptive concepts, such as Cryptocurrency, non-fungible assets, Play to Earn, DeFi, and others, have been built.

Historically, traditional gaming companies excelled at creating delightful experiences for gamers, but with blockchain technology, there will be way more amazing experiences gamers world over can expect to explore.

The Implementation and Execution of Blockchain in Gaming

The gaming industry has come such an incredibly long way from its origin and being impacted tremendously by blockchain has made these times enjoyable.

With simple traditional games like Super Mario being remodeled into something more fun, exciting, and even lucrative, the blockchain-based gaming industry is set to boom for a long time.

Blockchain technology has become a potential game-changer for the gaming industry. Blockchain-based games like Axie Infinity, Planet IX, and Evolution Land are tangible expressions of this fact.

Due to the designated blockchain technology system which can store, transfer and distribute transactions with great speed across a public ledger, a highly secured security system that ensures zero manipulation of data is provided for modern games. Blockchain’s complex cryptography, which enables an enormous data encryption system also helps tremendously with this.

Is Blockchain Gaming Beneficial? What are the Benefits of Blockchain in Gaming

Implementing these qualities in gaming provides an endless number of benefits to gaming companies and users alike. Below are a few benefits of blockchain in gaming;

The ownership of in-game assets in gaming is majorly responsible for the wild buzz around blockchain-based games recently. Before the advent of blockchain, traditional game assets could not be owned in reality, and they had no value in the real world. Their value and ownership exist only in the game.

However, through the implementation of blockchain in gaming, the gaming industry is currently undergoing a mass revolution. These in-game assets known as non-fungible tokens can now be owned in reality. Also, these NFT assets are valuable in real life and can be sold, bought, or traded in an online marketplace like Opensea. Blockchain has brought endless opportunities for the gaming industry, and the presence of NFTs is one of the significant changes.

Modern games would not be complete without gaming economies. The presence of a whole new gaming economy like Cryptocurrency has made games completely different from how they used to be. Blockchain-based games like Planet IX have utilized this concept by developing a unique Cryptocurrency for the game named PIX.

In Planet IX, players can receive PIX tokens, a Polygon blockchain-based game token, as a source of payment or exchange. Players can buy non-fungible assets with these tokens.

The monetization of gaming has made Blockchain games more fun. It provides a chance for every game user to earn valuable tokens while having fun. With blockchain technology in gaming, players can earn cryptocurrencies by playing simple games. The number of people going into Blockchain-based gaming is rapidly increasing by the hour due to the play-to-earn features. Blockchain-based games like Planet IX optimize the play to earn features.

The implementation of GameFi in gaming has to be one of the most incredible and accessible modes of payment. Blockchain technology runs on the concept of decentralization. This results in the development of Decentralized apps on blockchain platforms like Ethereum, Solana, etc.  These decentralized apps take away the middle man in basic transactions. The application of decentralization in finance suggests that financial transactions will run smoother and cheaper than traditional financial institutions.

The concept of GameFi revolves around the need for players to make financial transactions while playing games. In games like Planet IX, players may need to buy non-fungible assets from other players, which can be done through fast and secure crypto transactions. Embedding decentralized finance in gaming ensures a highly secured and speedy transaction that enhances game users’ experience.

It may seem as though the implementation of blockchain in gaming is more focused on game users. However, there are also vast opportunities for game developers to explore. Blockchain technology in gaming provides game developers with an opportunity to create any world they can imagine. In a game like Planet IX, the developers were able to develop a titular planet through the implementation of blockchain in the game. Also, in Evolution Land, the developers were able to create about 26 countries for players to explore. With smart contracts, developers can oversee the gaming economies by providing conditions to aid trading.

Due to the low barrier to entry associated with blockchain technology protocols, developers can now utilize this opportunity to create and develop their games at a significantly minimized cost. Blockchain networks like Ethereum are open protocols that enable anyone to build and launch their Blockchain-based games.

Blockchain-based games enjoy a double and thicker level of security than before due to the platforms’ robust data encryption systems. Considering the high level of protection of blockchain technology, hackers will find breaking into the server a nearly impossible feat.

Also, the technology’s strength of decentralization provides an even more robust security system since no single person controls a blockchain platform. This results in the normal development and creation of a stable and growing environment for investors, game users, and developers.

Blockchain technology is the carrier of the revolution needed in the gaming industry and other sectors. Although it is still in its infancy stage as there are many new opportunities that’ll yet come with it, it has started deep improvements in gaming.

The future of gaming worldwide looks brighter and enticing with so much potential for more achievements and with the fast rate at which unique Blockchain-based games are trending, it is safe to say the coming years will be filled with many new and delightful games to explore. 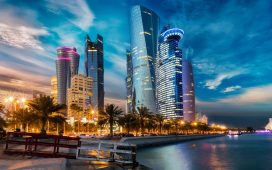 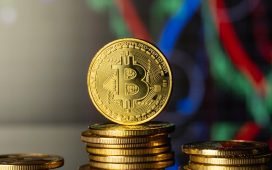 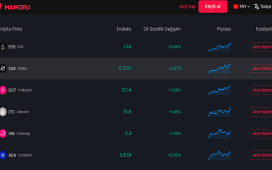 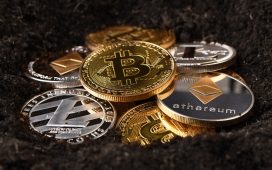 Bill Gates reveals why he doesn’t own cryptocurrency