Corporate governance violations have surfaced at CG Power and Industrial Solutions, with the board-led investigations revealing wrongdoings by current and past employees. The probe has alleged that these employees understated liabilities and advances made to related parties while pledging assets of the company without permission. The news sent CG Power shares crashing by 20% on Tuesday.

The allegations came to light after the board of the company, formerly owned by Gautam Thapar, disclosed the findings of the investigations to stock exchanges following a meeting on Monday. CG Power had appointed a law firm to examine “some unauthorised transactions by certain employees”. The company did not name the employees.

The probe also alleged that the company’s net worth was understated due to unauthorised and inappropriate writeoffs and charges debited to the annual financial statements of 2017 and 2018.

Lapses First Pointed Out by SRBC

According to people in the know, the issue was first pointed out by SRBC & Co LLP, the company’s joint statutory auditor, in December last year. SRBC, which is part of EY India, had flagged certain transactions and alleged fraud.

Following this, the board of directors appointed Vaish Associates, a New Delhi-based law firm, to carry out an investigation.

While the probe report did not specifically say that money was diverted through shell companies, people with direct knowledge of the matter said several companies set up by former employees were under the scanner.

“Some employees of CG Power were owners or shareholders of certain companies where money was being routed over the years. The conflict was not disclosed either by the promoters or erstwhile auditors,” said one of the persons.

CG Power has changed several auditors in the past two years after mandatory audit rotation kicked in from April 2017. Till then, the company was audited by Sharp & Tannan, a Mumbai-based audit firm.

The firm was replaced by Chaturvedi & Shah in April 2018, who resigned in September of the same year. The audit firm did not cite any specific reason for quitting. The same year, a new auditor — KK Mankeshwar & Co — was brought on board by the company as the joint statutory auditor.

SRBC came on board as joint auditor in September 2018. Within three months, the incoming auditor flagged certain transactions where it suspected a fraud. The firm has also written to the ministry of corporate affairs (MCA) about these transactions.

“The MCA can ask the National Financial Reporting Authority or Serious Fraud Investigation Office to look into the matter,” said another person in the know.

The company said it will look at recovering the defrauded amount along with interest.

CG Power shares have fallen 67% so far this year. Gautam Thapar, who held tinue to remain financially sound, and it is capable of servicing all obligations despite this one-off event. Going forward, the management will work to stabilise the company.”

34.42% in the company as on December 31, 2018, lost his entire stake to lenders after failing to top up funds for pledged shares.

A senior CG Power official said on the condition of anonymity that the board has voluntarily decided to clean up the company. “The company’s operations continue to remain financially sound, and it is capable of servicing all obligations despite this one-off event. Going forward, the management will work to stabilise the company.” 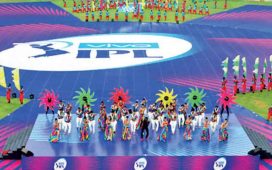 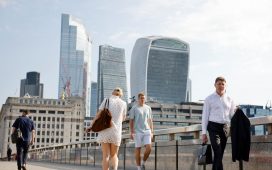 Most businesses expect to raise pay, as workers more stressed than ever 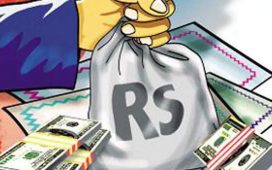 Energy market crisis: what caused it and how does it affect my bills?