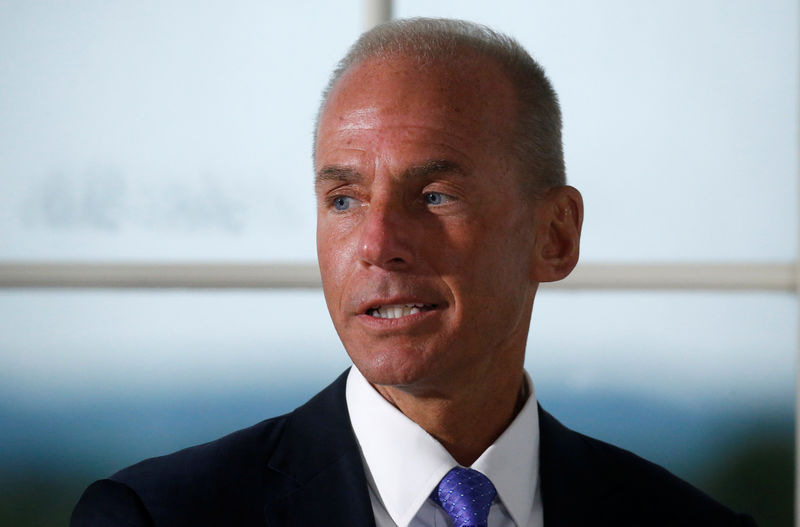 © Reuters. Dennis Muilenburg, president and chief executive officer of The Boeing Company, introduces himself during a dinner with business leaders hosted by U.S. President Donald Trump at Trump National Golf Club in Bedminster

(Reuters) – Boeing Co (N:) Chief Executive Officer Dennis Muilenburg said on Thursday he is hopeful that China and the U.S. are on a path to resolve their trade spat, on a day when global stocks fell on renewed fears of a trade war between the world’s two largest economies.

“We are hopeful coming out of the G20 summit that we are on a path to finding a trade agreement with China that’s going to be productive,” Muilenburg said in an interview with CNBC on Thursday.

China has become a key hunting ground for deals for foreign aviation firms thanks to surging travel demand, but the outlook has been complicated by Beijing’s desire to grow its own champions in industry.

Muilenburg also said 737 MAX is a “safe aircraft”, two months after a Boeing 737 MAX of Indonesia’s Lion Air Group crashed, killing all 189 people aboard. He added that the planemaker had a healthy production backlog.

Boeing shares fell about 4 percent while the and the S&P were down more than 1.5 percent.