Van ownership is booming in Britain thanks to our love of online shopping and a rise in self-employment.

The popularity of online shopping and a rise in self-employed traders – with both heavily dependent on vans – has fuelled billions of pounds of van sales in the UK that have accelerated faster than European rivals, two new motor industry studies reveal today.

One study claimed that the UK’s estimated 4.6million vans contribute £56billion in wages each year. 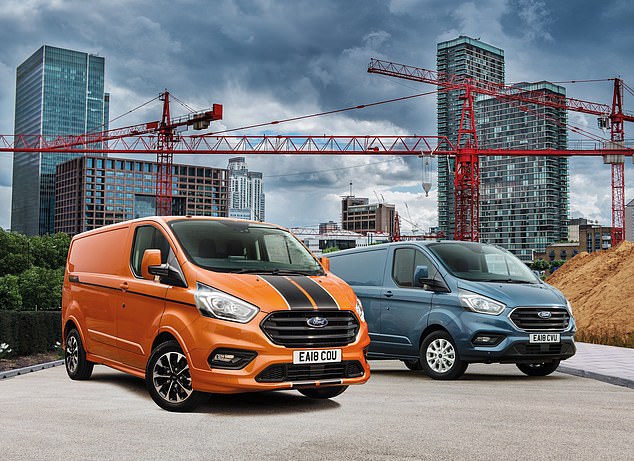 Driving sales: The popularity of online shopping and a rise in self-employed traders – with both heavily dependent on vans – has fuelled billions of pounds of van sales in the UK

That rise in online deliveries combined with the rapid increase in self-employment following the financial crash is driving the boom in vans which play a ‘vital role’ as the ‘backbone’ of the British economy, they both conclude.

Britons have the highest rate of online shopping in Europe with more than 8 out of ten people buying online compared to just over half across Europe, the reports reveal.

Online shopping and van-driving businesses helped contribute £125.2billion (€145 billion) to the UK economy in 2017 – a 32 per cent increase since 2012 and the biggest increase of any major European country, reveals a new report by the Centre for Economics and Business Research commissioned by Ford.

That is nearly six times the estimated £22billion (€25.5 billion) that European football earns annually and more than the value of either the global gaming or film industries, it says.

A separate report by the Society of Motor Manufacturers and Traders (SMMT) published simultaneously reinforced the findings.

It said that some 3.4million people – or one in ten of the workforce – use or depend on a van for their living.

The SMMT’s report called Light Commercial Vehicles: Delivering for the UK Economy said the number of vans on UK roads has increased by 59% since 2000 – at double the growth rate for cars. 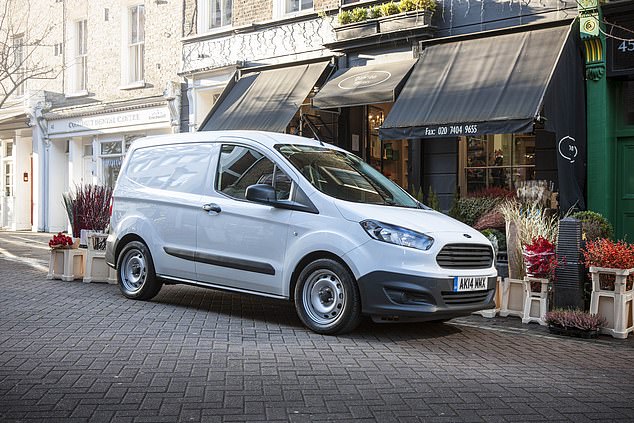 The SMMT concluded: ‘The boom in online shopping, in particular, has seen a surge in demand for delivery vans. ‘The UK is now the EU’s biggest online retail sector, with 83% of consumers here buying goods and services online, compared with the EU average of 60%.’

The findings coincide with the opening today at Birmingham’s NEC of the Commercial Vehicle Show expected to attract more than 20,000 visitors over three days and attended by 460 companies, including Ford, Luton-based Vauxhall, Peugeot, Citroen, and van-maker LDV.

The CEBR report commissioned by Ford said: ‘Online shopping and an increase in those that are self-employed are among the factors driving huge growth in the use of vans leading to billions of pounds of investment. 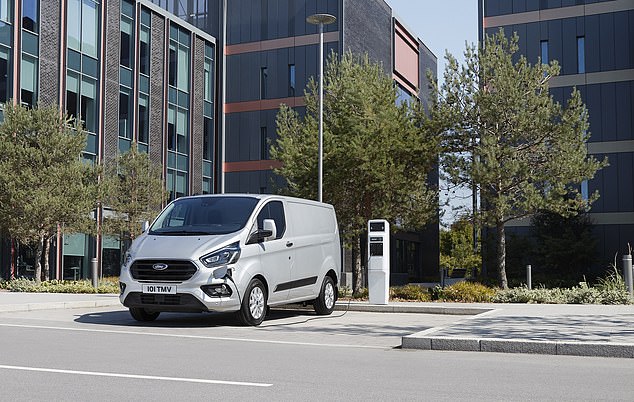 Green machine: The new Transit Custom Plug-in Hybrid will cost from £39,145 when it goes on sale later this year, offering zero-emission capability in cities

Massive growth in van use across Britain and Europe has also helped contribute more than £583billion (€675 billion) to European economies in 2017 – exceeding the GDP national earnings of countries including Switzerland, Argentina, and Saudi Arabia – and up 19 per cent since 2012.

With drivers epitomised as ‘white van man’, the average van in the UK covered 12,400 miles in 2018 – more than any other country in Europe – with British van drivers clocking up a total of nearly 50billion miles a year in all.

Commercial vehicles in the UK travelled a combined total of 49.7billion miles in 2018 – enough to make over 250 round trips to the sun, or the equivalent to walking the entire Great Wall of China more than four million times in a year, said the CEBR 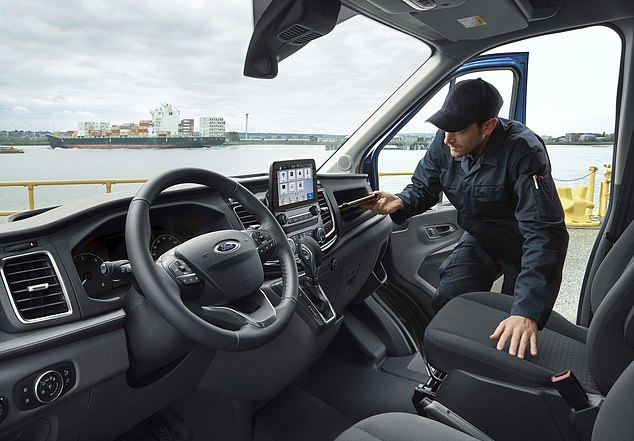 Experts calculated the value of businesses made possible by vans, such as postal and courier services, as well as the fuel duty contribution of van operators to governments.

The SMMT report said the majority of privately-owned vans are operated by a ‘booming’ sole trader and small and medium size business sector: ‘The van is an essential tool of the trade for these owner-operators, who depend on them for their livelihood’.

The SMMT said of its report: ‘It highlights for the first time, the vast economic and social contribution made by the 3.4 million UK van users and employees of businesses that depend on them, with a combined wage bill of at least £56 billion equating to 11% of GDP. ‘

The UK has two van manufacturing plants – Vauxhall’s factory in Luton and the new LEVC electric taxi and van plant near Coventry – as well as a thriving sub-economy of van conversion companies and servicing firms.

Around 900,000 used vans change hands every year and the new light commercial vehicle market is worth an estimated £10billion.

More than 9 out of ten (96%) UK vans are diesels which deliver the pulling-power performance needed to transport heavy goods over long distances.

The SMMT says new Euro6 diesels are ‘the cleanest in history’ with low-emissions technology that eliminates particulates and ‘vastly reduces’ nitrous oxides or NOx.

By contrast, just 0.3% of UK sales last year were electric and zero-emissions vans – with range payload ‘anxiety’ and lack of charging points blamed for low take-up.

Industry experts warn that banning diesel vans from city centres before take-up of electrified alternatives have taken off, could harm economic growth.

Chief executive of the SMMT Mike Hawes said: ‘The UK’s van fleet is the backbone of our society, driving our economy and allowing millions of workers to carry out jobs that our country relies on. ‘

‘To continue to thrive, this vital sector needs policies and incentives that encourage businesses to invest in the latest technology.’

Ford announced this year that all the company’s models would include an electrified option, including a new all-electric Ford Transit van from 2021.

It will follow the new Transit Custom Plug-in Hybrid costing from £39,145 when it goes on sale later this year, offering zero-emission capability in cities.

American plans PR events before 737 MAX takes to the skies