AS MUCH AS 40 per cent of “borderline content” that was ignored by Facebook’s contractual moderators was problematic and included “nudity”, “violence” and “hate”, according to an April 15, 2019, internal memo of the social media company.

More significantly, such content generated 10 times the viewport views (VPVs) than posts which were flagged as being outright violative of the platform’s guidelines, the document showed. Viewport views is a Facebook metric to measure how often the content is actually viewed by users.

The April 2019 report also outlined that borderline content “gets more interaction than benign” posts, and tended to get “higher distribution” — meaning it reached more Facebook users — and underscored the “need for intervention to counteract perverse incentive”.

These internal findings come nearly a year after Meta Platforms Inc Chief Executive Officer Mark Zuckerberg — Facebook was rebranded as Meta on October 28 this year — had in 2018 shared a detailed note on how the platform planned to filter and demote borderline content. Meta also claims to have increased the number of hours it spent on reducing inflammatory speech on its social media platforms.

When asked about the conflict between the high engagement levels of borderline content and the need to remove such content, a Meta spokesperson said: “We train AI systems to detect borderline content so we can distribute that content less. To decrease the risk of problematic content going viral and potentially inciting violence ahead of or during the election, we will significantly reduce the distribution of content that our proactive detection technology identifies as likely hate speech or violence and incitement. This content will be removed if determined to violate our policies, but its distribution will remain reduced until that determination is made”.

“Under our existing Community Standards, we remove certain slurs that we determine to be hate speech. To complement that effort, we may deploy technology to identify new words and phrases associated with hate speech, and either remove posts with that language or reduce their distribution,” the spokesperson said.

These internal reports are part of documents disclosed to the United States Securities and Exchange Commission (SEC) and provided to Congress in redacted form by the legal counsel of former Facebook employee and whistleblower Frances Haugen. The redacted versions received by Congress have been reviewed by a consortium of global news organisations, including The Indian Express.

Another set of internal documents,  titled “Communal Conflict in India,” however, found that when hate speech content in Hindi and Bengali spiked in March 2020, Facebook’s “action rates on this (Bengali) content have fallen off almost completely since March (2020) driven by lower action rate amid an increase in reporting rates”, even as the action taken for posts in English language rose sharply.

“Since June 2019, actioned hate content per daily active users in India has increased substantially particularly for English content, which is 4X higher today than on June 1, 2019. The English increase is driven by higher action rates, not reports,” the internal report showed.

The company spokesperson said: “Our proactive detection rate around hate speech continues to be over 97% which means that nearly 97% of the hate speech content that we remove, we detect it proactively, even before anyone reports it.  In this instance, you are conflating reported content by users with content that is caught by our classifiers (AI Technology). Low action rates on reported content can be for various reasons, we explain them in our monthly report too.”

Some reasons explaining the low action rate include the reported content not violating any of the company’s policies; the reporter not providing enough information to locate the content they are attempting to report; the company’s policies not allowing it to take any action on reported content; and the reporter “writing to us regarding a dispute between themselves and a third party which Facebook is not in a position to arbitrate”, the spokesperson said.

The Indian Express had earlier this week reported that multiple internal Facebook reports had, over the last two years, red-flagged an increase in “anti-minority” and “anti-Muslim” rhetoric as “a substantial component” of the 2019 Lok Sabha election campaign. 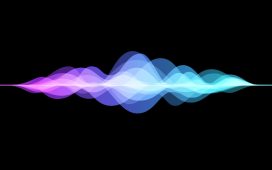 How to set up Siri on your iPhone – Mashable