Bowel cancer: Feeling you need to empty your bowels with little or no stool is a sign


Bowel cancer is a general term for cancerous cells that multiply uncontrollably in the large bowel (colon and rectum). The disease is also known as colorectal cancer and if detected early enough, treatment can cure bowel cancer and stop it coming back.

Tenesmus is a spurious feeling of the need to evacuate the bowels, with little or no stool passed, said Patient info.

The health site continued: “Tenesmus may be constant or intermittent, and is usually accompanied by pain, cramping and involuntary straining efforts.

“It can be a temporary and transient problem related to constipation.

“The term rectal tenesmus is sometimes used to differentiate from vesical tenesmus, which is an overwhelming desire to empty the bladder.”

READ MORE: Statins warning: Grapefruit juice could interact with the treatment – what else to avoid

In a study published in the US National Library of Medicine National Institutes of Health, signs of collateral cancer were investigated.

The study noted: “Abdominal pain in colorectal cancer is nonspecific.

“It can be colicky in nature if the lesion is causing a partial obstruction.

“Tenesmus or the feeling of having to defecate without having stools, pain upon defecation, or sciatica can be symptoms of rectal cancer.

Several medical conditions can cause tenesmus.

These include inflammatory bowel disease, bowel cancer and disorders that affect how muscles move food through the gut.

The condition can be painful, especially if there is cramping or other digestive symptoms alongside it.

The symptoms can come and go, or they may persist long term.

Tenesmus often refers to cramping rectal pain and gives a person the feeling that they need to have a bowel movement, even if they’re already had one.

Survival outcomes for bowel cancer greatly depend on which part of your bowel is affected and how far the cancer has spread, however, so it is vital that you heed any symptoms as soon as they appear.

The most common symptoms of bowel cancer relate to change of bowel habits.

“There may be increasing constipation, or perhaps alternating bouts of constipation and diarrhoea,” explains the NHS.

There may be blood or mucus in the stools or a feeling that you haven’t completely emptied your bowels if the tumour is in the rectum, the health body says.

You could lower your risk of bowel cancer by making some small diet or lifestyle changes.

Eating large amounts of red and processed meats have been linked with a higher likelihood of bowel cancer.

Smoking, drinking too much alcohol and obesity could also lead to the disease, the NHS warned.

More than 90 percent of all bowel cancer causes occur in people over the age of 50. 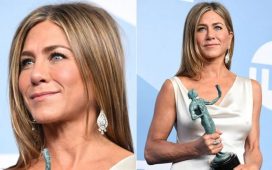 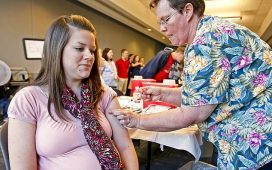 Ros Atkins On… the ethics of Covid booster jabs 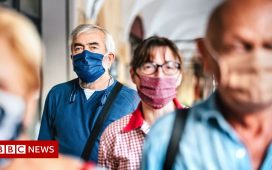