A BOY with a rare skin disorder has been forced to carry cards explaining his condition to stop strangers making cruel taunts.

Jack Oldacres, 10, was just five weeks old when doctors diagnosed him with Netherton Syndrome, which leaves his skin bright red and itchy as it sheds at an abnormal rate.

Parents Daniel and Julie Oldacres, from Nuneaton, Warks, have to clean his skin for two hours each day so it doesn’t become sore or dangerously infected.

They say they’ve been asked if they’ve scalded him while cruel online trolls have branded the youngster “satan”.

In a bid to save their son’s embarrassment, they now carry round printed cards with information about his syndrome to hand out to gawping strangers.

Daniel, 41, a manager for Royal Mail, said: “Parents used to pull their kids away from him when we went out now we have to go to what we call ‘safe’ places where the staff know us.

“We get stares and looks, people ask if we scalded him.

“When we were on holiday a family were sitting having dinner. We were walking past and the whole family turned past and their jaws dropped.

“I told them ‘excuse me my son has a rare skin condition’. I don’t think people really realise what they’re doing, we don’t want to get upset.

“Jack said, ‘I don’t want to take my hat off because people won’t see me’.

“Some troll online saw a picture of Jack and called him a ‘devil child’ and kept sharing it. It was horrendous.”

We get stares and looks, people ask if we scalded him

Doctors believed that Jack inherited Netherton syndome from his parents who both carry a faulty gene.

The condition is so rare that only one in three million people worldwide are believed to suffer from it.

It causes Jack’s skin to become red and scaly which makes him susceptible to potentially life-threatening infections such as septicaemia or sepsis, as well as severe allergies.

The football-mad youngster has to go through a rigorous daily routine of being washed then covered in paraffin ointment to ensure his fragile skin is properly protected.

His condition means that he finds it difficult to go outside during warm weather for extended periods and is often up all night scratching his painfully uncomfortable skin.

Jack said: “For a long time it’s hurt me and it’s made me feel sad. But I’ve got a really good group of friends who help me.

“I’m just as normal as everyone else.”

I’m just as normal as everyone else

Now approaching 11 and about to enter secondary school, Daniel and Julie have said that the last decade of dealing with Jack’s condition hasn’t been without its challenges.

Daniel said: “When he was younger we couldn’t take him out, my wife had a breakdown because it was just getting too much.

“All we want is for Jack to be able to walk down the street and be Jack.

“We’re not afraid or ashamed to go anywhere.”

But despite their positivity, the couple said that they stick to going out in “safe spaces” where staff know Jack and he’s familiar with the environment.

Daniel said: “He’s very confident in the places that he knows.

“When he was small someone shouted at me ‘how dare you leave your baby in the sun’.

“People have even asked us if he was a doll.

“We carry cards with us with an explanation of what his condition is about to give to people discreetly.”

What is Netherton Syndrome?

Netherton syndrome is a disorder that affects the skin, hair, and immune system.

Newborns with Netherton syndrome have skin that is red and scaly, and the skin may leak fluid.

Some affected infants are born with a tight, clear sheath covering their skin called a collodion membrane. This membrane is usually shed during the first few weeks of life.

Newborns are missing the protection provided by normal skin, so are at risk of becoming dehydrated and developing life-threatening sepsis.

After infancy, the severity of the skin abnormalities varies among people with Netherton syndrome and can fluctuate over time. The skin may continue to be red and scaly, especially during the first few years of life.

The triggers for the outbreaks are not known, but researchers suggest that stress or infections may be involved.

Itchiness is a common problem for affected individuals, and scratching can lead to frequent infections.

Dead skin cells are shed at an abnormal rate and often accumulate in the ear canals, which can affect hearing if not removed regularly.

The skin is abnormally absorbent of substances such as lotions and ointments, which can result in excessive blood levels of some topical medications. Because the ability of the skin to protect against heat and cold is impaired, affected individuals may have difficulty regulating their body temperature.

People with Netherton syndrome have hair that is fragile and breaks easily. Some strands of hair vary in diameter, with thicker and thinner spots. This feature is known as bamboo hair, trichorrhexis nodosa, or trichorrhexis invaginata.

In addition to the hair on the scalp, the eyelashes and eyebrows may be affected. The hair abnormality in Netherton syndrome may not be noticed in infancy because babies often have sparse hair.

Most people with Netherton syndrome have immune system-related problems such as food allergies, hay fever, asthma, or an inflammatory skin disorder called eczema.

“Sufferers are at high risk of getting infections and have no body temperature control.

“This condition affects 1 in 3 million in the world.”

Daniel and Julie added that despite the day-to-day progress Jack has made, his condition means that he’s unable to have a conventional childhood.

Daniel said: “We haven’t got a clue what the future holds.

“There are a lot of things he won’t be able to do, he wont be able to work in a dirty environment.”

Julie, 47, a part-time care worker added: “We make sure that he has a really good life but sometimes if we go out it can be tarnished. People stare and I’ll try and ignore it but it just breaks my heart.

“I still get upset now but you have to pick your battles and get on with it. We have to be as positive as we can, it’s about the person, not just how he looks.”

READ  Patch made of your stem cells could revolutionise knee treatment 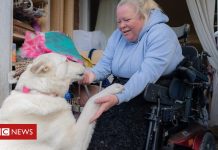 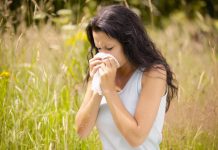 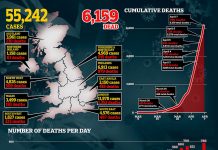 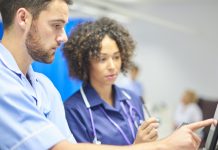 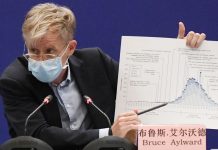 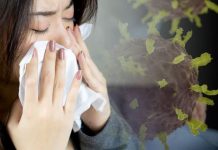 Coronavirus symptoms: Coughing up this substance could be a less obvious sign

There are still NHS staff without proper PPE – their lives are at risk...