The break-up of Sir Philip Green’s Arcadia empire has begun with the sale of 90-year-old fashion brand Evans for £23million.

Arcadia – which also owns Topshop, Dorothy Perkins, Miss Selfridge, Wallis and Burton – crashed into administration at the start of this month.

The collapse in the run up to Christmas marked the demise of Green’s once mighty High Street empire and put 13,000 jobs at risk. 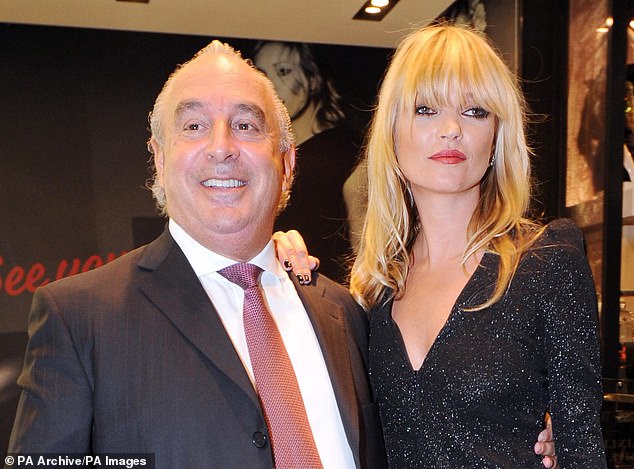 A small number of jobs have been saved after Australian-listed retailer City Chic bought the Evans brand and its online business.

Five stand-alone shops employing 25 people will close and around 100 Evans concessions and outlets shared with other Arcadia brands, such as Topshop and Dorothy Perkins, will shut or used for something else.

Evans, which sells women’s clothing in sizes 14-32, generated £26million of sales from its website and wholesale business in the year to August 2020.

The deal, which will complete tomorrow, is the first piece of Arcadia to be sold after it went into administration.

The deal signed with Evans raises the spectre that hundreds of Arcadia’s 500 stores could shut as a result of the administration. If the brands are sold to online-only retailers, and the shops are closed, then thousands of jobs could be lost.

City Chic’s bosses approached Arcadia before it fell into administration on December 2, enabling a deal to be secured quickly.

The Australian brand also specialises in plus-size women’s apparel, footwear and accessories, and operates stores in Australia and New Zealand and a wholesale business in Europe, the US and the UK. 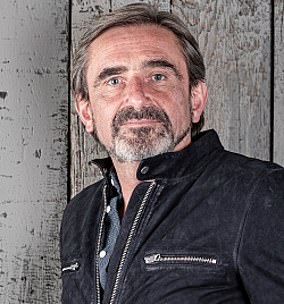 Superdry’s boss has called for the outdated business rates system to be reformed to help the High Street regain its vibrancy after the coronavirus pandemic.

Julian Dunkerton (pictured) said the latest Tier Four restrictions were ‘devastating’ for retailers whose stores have been shut for close to four months this year.

But while shops suffer, online sellers such as Amazon and Boohoo have boomed, sparking anger at the ‘unfair’ business rates regime.

Dunkerton, 55, told the BBC: ‘I think a lot of retailers are really going to struggle.

‘You can’t keep taxing at the same level when it isn’t the same, level playing field.’

Arcadia’s administrators Deloitte continue to search for buyers for the remaining brands. Topshop, the jewel in the Arcadia brand, is expected to receive bids of up to £200million, while the whole stable could fetch £400million.

Frasers Group and Next are among around 30 potential bidders, with Primark, Marks & Spencer and Boohoo all said to be considering their positions as yesterday’s deadline for first-round bids passed.

The High Street, however, faces more uncertainty with ministers threatening to keep Tier Four closures in the South East in place until the vaccine is rolled out.

UK shops could lose £7billion of sales in the next fortnight due to the closures. Amidst the chaos, fears grew for the future of 12,000 staff at Debenhams as a full rescue deal becomes increasingly unlikely.

Debenhams’s liquidators are currently holding a fire sale to clear an estimated £10million of stock a day, but even this has been disrupted by the Tier Four restrictions.

* Mike Ashley’s Frasers Group became one of the stock market’s biggest fallers yesterday after it issued a warning on profits because of the new Covid rules.

Shares in the chain, which owns House of Fraser, Jack Wills, Evans Cycles and Sports Direct, fell 10.4 per cent, or 49.4p, to 425.6p as bosses damned the restrictions coming into force with ‘no warning’.

Frasers, which has 990 UK stores, had previously told investors it would boost its earnings by between 20 per cent and 30 per cent compared to the £287.8million reported last year.

Profits fall at RSA Insurance as it prepares to be sold