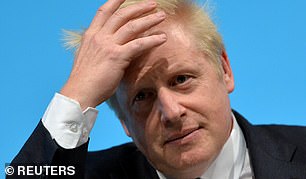 Ongoing turmoil at the top of British politics has rattled business leaders, according to a survey.

The Institute of Directors lobby group said optimism among bosses fell in early June, reversing a generally positive trend so far this year.

Bosses also said they are less confident in the economy, meaning this measure has fallen for 12 months in a row, it added.

The gloomy findings come as the Conservative leadership contest between Boris Johnson and Jeremy Hunt draws to a climax, with one of them due to succeed Theresa May as Prime Minister this month.

Firms are still unhappy about ambiguity surrounding the nature of the UK’s exit from the EU and have put big investments on hold, the institute said.

It comes after the High Street also suffered a washout June, with figures from accountant BDO showing sales have fallen in 16 of the past 17 months.