Tomorrow, Dominic Raab, the foreign minister of the UK, will make an official visit to Malaysia in an attempt to strike a historic trade deal in the Asean region, one of the world’s fastest growing economic blocs.

For the UK government, it makes sense for south-east Asia to be one of the first stops in post-Brexit Britain’s journey towards establishing new trade ties. While western economies continue to struggle and UK economic growth slows due to uncertainty over EU trade talks, Asia will increasingly become the driving motor of global prosperity.

Asia remains one of the few global regions experiencing significant economic growth. This year, Asia’s gross domestic product will overtake the rest of the world combined, in purchasing power parity terms. By 2030, the Asean economic bloc will become the world’s fourth-largest single market after the EU, US and China.

And by 2060, Asia will contribute 60 per cent of global growth, with Asia-Pacific accounting for 90 per cent of the 2.4bn new members of the middle class entering the global economy. Clearly, British negotiators must remember that this will be an Asian century.

But to benefit from Asia’s growth, Britain must confront some make-or-break sticking points. Britain’s entry point into the Asean region could be challenging if it fails to reconsider what has wrongfully become a black-and-white approach towards palm oil.

That’s because Malaysia’s new reformist government, where I am the primary industries minister, has taken seismic steps towards sustainability and conservation that the west has largely ignored.

Since coming to power, more than any other nation our government has become painfully aware of issues around palm oil and deforestation.

That’s why my government has taken the unprecedented step of declaring a moratorium on palm oil expansion to protect forest cover at 50 per cent. We have also committed to enforcing strict sustainability standards for all 100 per cent of Malaysia’s palm oil production — a first for any nation.

That means making sustainable palm oil certification obligatory for producers based on stringent regulations that ban forced labour and avoid encroaching into rainforests and open burning, while encouraging renewable energy use and protecting the habitat for wildlife conservation.

To date, 70 per cent of all Malaysian cultivated areas are officially certified through our new Malaysian Sustainable Palm Oil standard. Of course, there is still much work to do. The other 30 per cent of palm oil producers represent the hundreds of thousands of smallholder farmers who still find it difficult to comply with the new standards due to the costs involved.

But we are working hard to incentivise them through funding and loans. And the new government believes Malaysia’s efforts cannot end merely with certification. Palm oil cultivation and conservation efforts must go hand in hand, which is why we are supporting reforestation programmes like the 1m forest tree-planting initiative in the Ulu Segama-Malua Forest Reserve in Sabah — the first of many such sites (among other conservation and wildlife protection efforts).

But this journey has not been without its challenges. Just months after announcing our sustainability commitments the EU proposed banning palm oil for biofuels. In doing so, EU leaders may not have realised the message they unwittingly sent third-world smallholder farmers — that Europe will never buy their palm oil, that their efforts to become sustainable are irrelevant, and that this industry through which so many are trying to lift themselves out of poverty must be destroyed to save the planet.

But the science proves the complete opposite. A palm oil ban will not save the planet, stop deforestation or slow climate change. Scientific reports from Oxford university and the International Union for the Conservation of Nature suggest banning palm oil could be environmentally disastrous, shifting demand to the EU’s own biofuel industries instead, which rely on crops like rapeseed, corn or soya — all of which require more land, water and fertiliser. That would result in more, not less, deforestation and species extinction.

This is why sustainable land use experts like Professor Martin Persson, of the Chalmers University of Technology, say that “palm is actually a fantastic crop in principle. It uses far less land than other vegetable oils. In theory, there is plenty of already cleared land to grow commodities like palm oil and soy, or to host cattle — so we need incentives and regulations to ensure that companies adhere to proper sustainability criteria.”

Britain could be the nation that helps pioneer this fresh attitude: instead of working against us, working with us to support our drive to mandatory sustainable palm oil for all producers. Ironically, Britain could be the nation that provides a template for how the EU’s pro-sustainability and pro-conservation values can be supported in line with free market principles on the palm oil issue.

This would be a win-win for all. It would help Malaysia become the world’s first truly sustainable palm oil producer, an example for others on how to end deforestation and mitigate climate change. It would give the world access to a truly sustainable and more competitively-priced source of biofuels to help facilitate the clean transport revolution. And it would open up access for post-Brexit Britain to thriving south-east Asian markets.

Teresa Kok is Malaysia’s minister for primary industries, a cabinet minister and a member of parliament since 1999

beyondbrics is a forum on emerging markets for contributors from the worlds of business, finance, politics, academia and the third sector. All views expressed are those of the author(s) and should not be taken as reflecting the views of the Financial Times 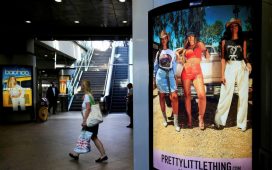