The number of cars being manufactured in Britain fell over 10 per cent in July, latest figures from the Society of Motor Manufacturers and Traders show.

Last month marked the fourteenth consecutive month of car production numbers dropping, with the number being produced to be exported falling over 14 per cent. 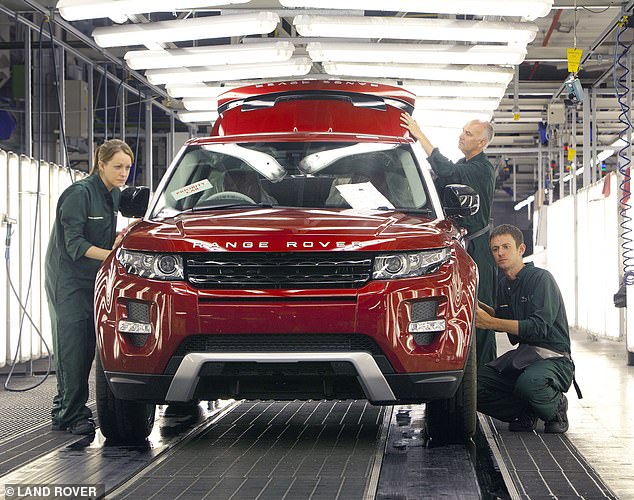 Falling production: The number of cars being manufactured in Britain fell over 10 per cent in July, latest figures from the SMMT show

Mike Hawes, SMMT’s boss, ‘Another month of decline for UK car manufacturing is a serious concern.

‘The sector is overwhelmingly reliant on exports and the global headwinds are strong, with escalating trade tensions, softening demand and significant technological change.

‘With the UK market also weak, the importance of maintaining the UK’s global competitiveness has never been more important so we need a Brexit deal – and quickly – to unlock investment and safeguard the long term future of a sector which has recently been such an international success story.’

While the number of cars made in Britain to be exported dropped over 14 per cent last month, demand from abroad remained the main driver of overall volumes, accounting for eight in 10 cars built.

SMMT said weakness across major EU and Asian markets was taking its toll on the UK’s car manufacturing sector. 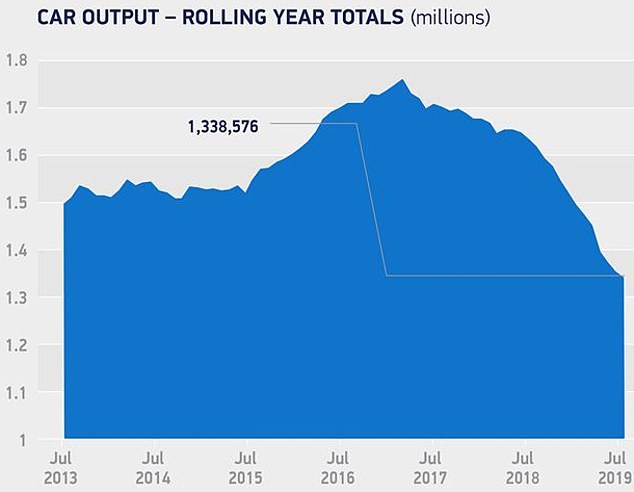 The number of cars being made for the domestic market in Britain rose by 10.2 per cent, or around 2,000 cars, last month, following a hefty 35.1 per cent drop at the same point a year ago.

Since January, overseas shipments of cars made in Britain have fallen over 20 per cent, while year-on-year production for the UK market is down 13.5 per cent.

Many car companies based in Britain have been ploughing large amounts of money to prepare for a no-deal Brexit.

The SMMT estimated that companies have spent at least £330million on contingency plans for a possible no-deal Brexit. 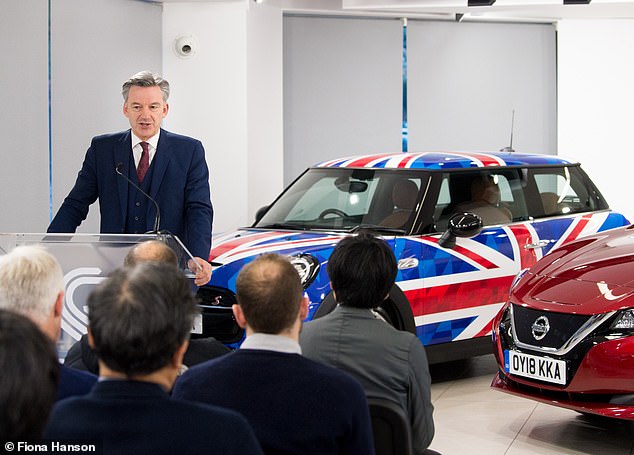 Uncertainty surrounding Brexit has also hampered the amount of cash being ploughed into the country’s car sector.

In July, figures from the SMMT revealed that new investment into the industry fell to just £90million in the first six months of the year, down from £347million a year ago.

Last month, Hawes wrote to Prime Minister Boris Johnson urging him to reach a deal with the EU that allows parts and finished cars to cross borders freely, without being subject to trade tariffs or hefty customs controls.

A no-deal Brexit, Hawes warned, would be an ‘existential threat’ to the industry, and simply should not be an option.