At first glance, retailers in the prosperous south coast town of Bournemouth have less to worry about than their counterparts in poorer parts of the UK. On a sunny Friday in July, shoppers throng its pedestrianised streets, entertained by a variety of buskers.

But look closer and even this enclave — home to a university, a convention centre and a fine sandy beach — is not immune to the malaise affecting the high street, with flagship stores abandoning their prime positions.

The Marks & Spencer store in Commercial Road closed in April. Next moved out last year. House of Fraser will be shutting its doors for the last time in 2019. The vacancy rate is 12.4 per cent, according to the Local Data Company — just above the national average.

The problems are similar to those facing high streets across the country: difficulties around parking and accessibility, soaring costs, and too many outlets.

Even after M&S’s departure, Bournemouth’s town centre still has three department stores. One of them is Beales, an independent group with its headquarters in the town. Tony Brown, the chief executive, describes rises in rent and rates as “ a spiral of doom” that is doing far more damage than the shift to online shopping.

”You have tremendous upward pressure on costs in a retail economy that is at best flat and at worst shrinking,” he said. The closure of M&S “definitely” affected footfall in the high street, he added.

Lynn, who has been visiting the town with her husband Keith for 40 years, said she was “gutted” that the store had shut and feared for others. “Look at the people walking about — look how few bags they’re carrying,” she said.

Many of the high street’s customers have migrated a few miles north-east to the Castlepoint shopping centre, where both M&S and Next have stores. One is Shelly Bell. “It’s easier for me to come here. Everything’s in one place, and there’s free parking,” she said. This makes it more convenient for collecting items ordered online, she added.

Castlepoint can be cheaper for retailers too. Calculations by consultancy Altus suggest that Next’s business rates are half what it was paying in the town centre on a per-square-foot basis, although M&S is paying slightly more.

But Philip Broadhead, the Conservative councillor responsible for economic growth, remains upbeat about the town centre’s future. He points out that footfall has risen by 14 and 19 per cent year on year in the past two quarters.

Like many councils, Bournemouth’s hopes for the future rest partly on increased leisure. The new BH2 development, anchored by an Odeon cinema, has helped regenerate the west side of town — albeit at the expense other areas. “We now have to look at rebalancing the gravity of the town,” he said.

BH2 is owned by Legal & General, which also owns the Dolphin Centre in neighbouring Poole. Simon Russian, head of retail, said L&G is investing £26m in improving the centre and constructing a cinema complex next door, but stresses the importance of improvements to the streetscape and access.

Farther down Poole’s long high street, the crowds thin out and the chains give way to charity shops, vaping stores and vacant units. Vikki Slade, a Liberal Democrat borough councillor, supports the revamp but thinks greater realism is needed elsewhere. “A mile-long high street is totally unsustainable. We should accept that we have shopping at the top end, a quirky, cultural area at the bottom, and people living in between.”

Currently standing in that in-between zone is W E Boone, a hardware store that has been on the site since 1820. Behind the counter, Geoff Barfoot blames pedestrianisation for reducing passing traffic, and the shopping centre for shifting the town’s centre of gravity. “And business rates are killing us,” he said; the shop pays £25,000 a year.

Poole is generally considered affluent, but it has a less prosperous hinterland, and the retail core has been “fairly consistently dismal”, according to JefferyBray, a professor of consumer behaviour at Bournemouth University. Even so, he still thinks it can coexist with Bournemouth, neighbouring Christchurch and other shopping areas.

Mr Broadhead agrees. Next year Poole, Bournemouth and Christchurch will become a unitary authority, which he describes as a “great opportunity”. “Each of our high streets are complimentary and have different offerings, and as such do not directly compete,” he said.

Mr Brown, who is on the board of Bournemouth’s business improvement district, also has high hopes of the regeneration plans in Poole but adds that the council has little funding available to help. “A huge chunk of the council’s revenue goes on adult and children’s services.”

Ms Slade and her colleagues in Poole worry that Bournemouth could dominate the unitary authority, but added it was pointless for councils to bemoan the loss of key shops. “We have been burying our heads in the sand, rather than accepting that we should do something more proactive,” she said. 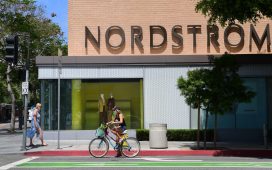 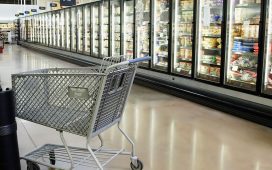 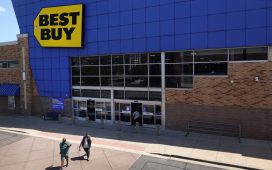