Today, we have published our new gender pay report, revealing that our figure continues to be well below the national average and has reduced since last year. 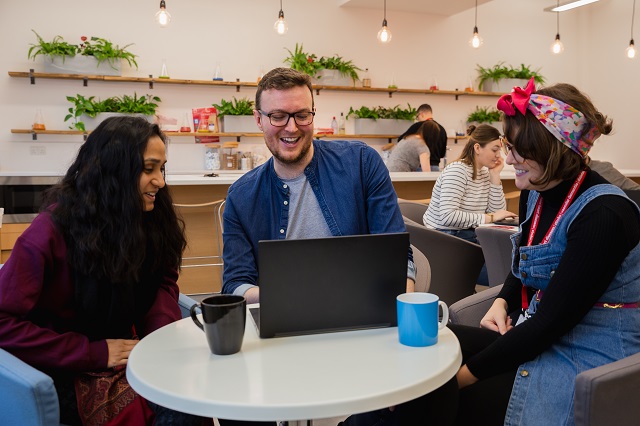 What is the gender pay gap?

The gender pay gap shows the difference in pay between male and female employees in an organisation. It is defined as the difference between men’s and women’s hourly earnings expressed as a percentage of men’s earnings.

Since 2017, the Government has asked all organisations with more than 250 employees to annually publish a set of calculations on their pay structure, showing the earnings of their male and female employees.

By revealing the gender pay gap, it’s hoped that any historic biases to hire men in top-earning positions are more likely to be eradicated and efforts will be made to ensure equality for men and women across all pay grades.

The pay gap does not compare men and women’s pay for doing the same job or jobs of equal level. As an organisation, we pay fairly regardless of gender, and we’re committed to ensuring everyone has equal opportunity to fulfil their potential.

Taking steps to close the gap for good

Commenting on the launch of the report, our Chief Executive Simon Gillespie said:

“Our gender pay gap remains well below the national average and has reduced from previous years. The remaining gap still exists because we have more men than women working in senior and technical roles, such as in our IT and Medical teams. So we still have some work to do and we’re proud to be an organisation that continues to take active steps aiming to close the gap for good.”

In recent months, we have:

• Promoted more women in leadership and technical roles. 58% of senior management hires in the last year have been women

• Built on our commitment as part of the Tech Talent Charter, to encourage more women to apply for roles in Tech. Today at the BHF 37% of roles in Technology are held by women compared with 17% nationally

• We are working with inclusive boards to encourage greater diversity in our Trustees.

We’re confident that men and women are paid equally for doing jobs of equal value and we’re proud to be an organisation that continues to take steps to close the gap for good.

What to know more?

You can read the full Gender Pay Report here or visit the Government website for more information.