A British Huawei executive declined to give his views on China’s new draconian security laws imposed on Hong Kong despite insisting company staff are free to express their own opinions.

Three senior members of the Chinese tech giant were giving evidence to MPs and stressed the company was not compelled to follow orders from Beijing.

The i politics newsletter cut through the noise

However, when pressed by committee chairman Greg Clark for his personal view on Hong Kong’s controversial new security law, Mr Thompson said he did not have one.

“I am a telecoms executive. I have worked in telecoms all my life.

“My role is to enable our customers who are the carriers to provide communications faster and cheaper. I don’t have a view,” he said.

Asked if he was free to express his views, Mr Thompson said his company “does not get involved in judging the rules of different countries”.

Huawei vice president Victor Zhang told MPs that it was independent of any government and it would always follow UK law. But when he too was asked about the new Chinese security laws, which has sparked international outrage, Mr Zhang said Huawei could not comment on the “political agenda” adding he would be willing to share his personal view “offline” but not in public.

The exchange will do little to quell suspicions held by a growing number of Conservative MPs that Huawei poses a security threat if it is allowed to provide part of the UK’s 5G network.

Boris Johnson is currently considering a report drafted by the National Cyber Security Centre into the risks posed to UK intelligence and security by Huawei.

The Prime Minister is widely expected to perform a significant u-turn on allowing the tech giant access to the UK’s 5G system. It follows concerns that US sanctions preventing Huawei from using American technology make it less safe to allow the firm access to Britain’s digital infrastructure.

Executives from some of the country’s biggest mobile phone providers told MPs during the same session that customers may suffer blackouts as a result of banning Huawei involvement from its mobile technology.

Vodafone and BT representatives said they would need five years to strip the Chinese firm’s equipment without causing major disruption.

It comes amid growing diplomatic tensions between Beijing and many Western governments in the wake of its decision to impose tough new security laws on Hong Kong.

Australian Prime Minister Scott Morrison said the security law was a fundamental change of circumstances and Australia would suspend the agreement to protect citizens of the city-state.

It follows the appearance in Hong Kong this week of the “Great Firewall of China”, the software that dramatically limits the country’s internet.

It ushers in the prospect of Beijing-style internet controls – where residents can be monitored and punished for what they post online and companies forced to censor their platforms.

The law gives authorities the power to arrest people and force service providers to remove content. Noncompliance can result in fines and imprisonment for company staff or individuals. 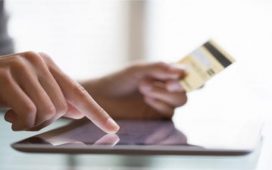