BrowserStack, a startup that allows developers to test their websites and mobile apps, said earlier today that it has raised $200 million at a valuation of $4 billion. This makes it the seventh Indian software-as-a-service company to enter the unicorn club. 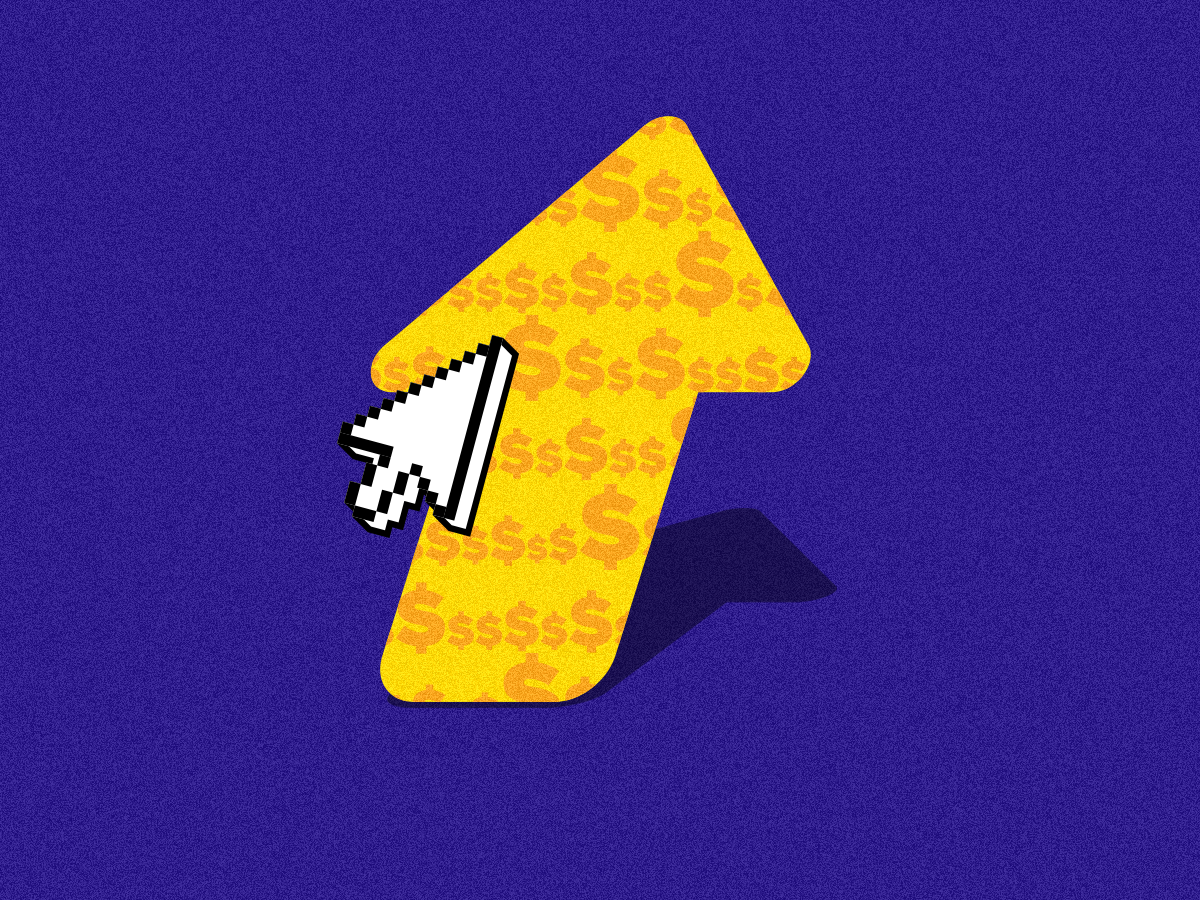 Software-as-a-service (SaaS) startup BrowserStack has secured $200 million in Series B funding in a round led by Bond Capital, co-founded by Mary Meeker. Insight Partners and existing investor Accel also participated in the round.

Valuation jump: The new funding values the company at $4 billion, a significant jump from its last reported valuation of $400-500 million when it raised $50 million in January 2018.

Founded in 2011 by Ritesh Arora and Nakul Aggarwal, BrowserStack was a bootstrapped venture for its first seven years. The startup will now be the seventh Indian SaaS company to enter the unicorn club, after Freshworks, Druva, Icertis, Postman, Zenoti and Chargebee. 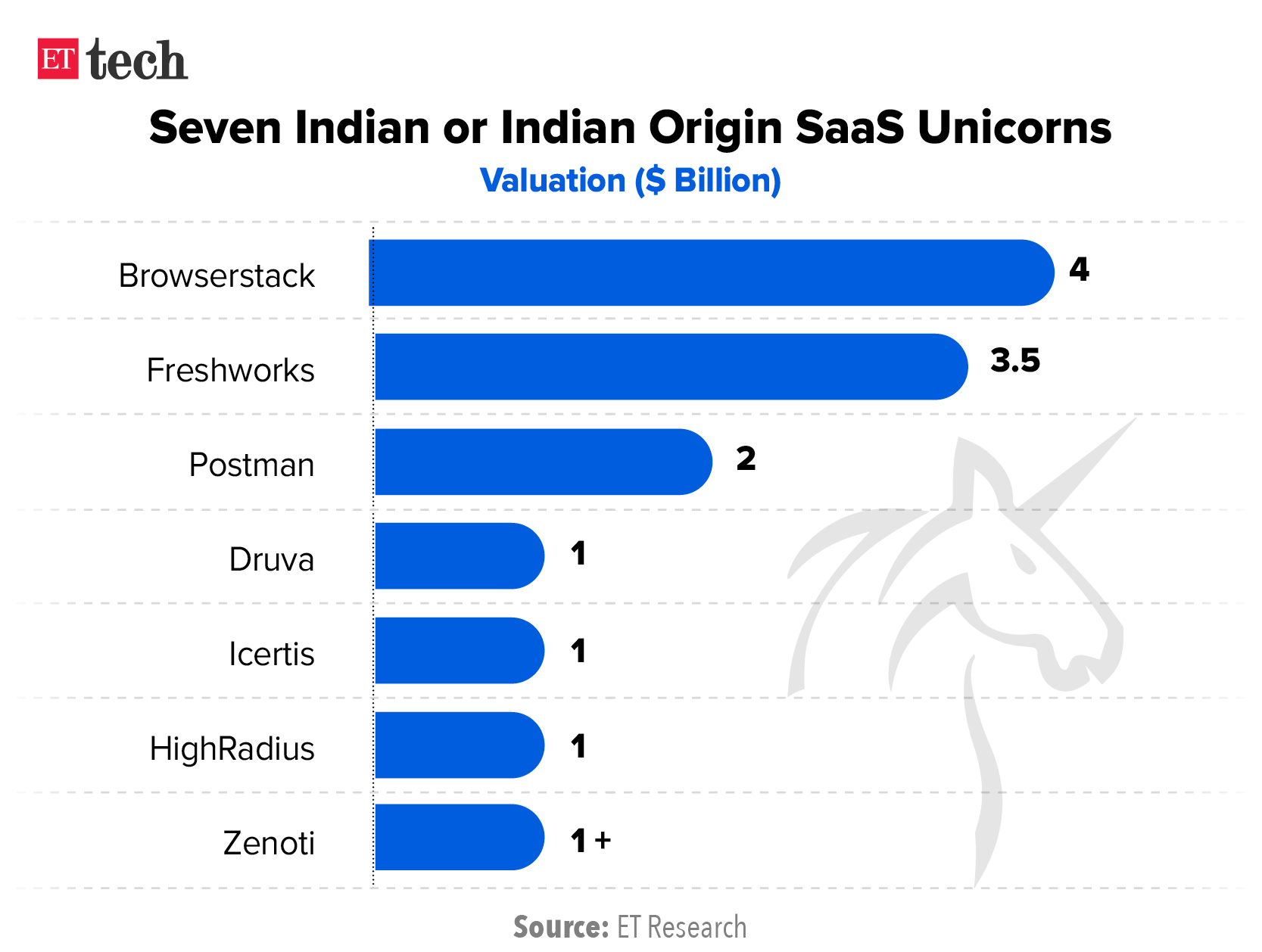 What’s the plan? The investment will enable BrowserStack to make strategic acquisitions, double its team size in the next 18 months and strengthen its footprint in the fast-growing market for cloud-based software testing on the back of the Covid-19 pandemic. BrowserStack had acquired US-based visual testing and review platform Percy last July and rolled out a redesigned visual review experience for its customers within six months of the acquisition.

What else is BrowserStack up to? Over the past year, BrowserStack has added three new mobile and desktop data centers in Mumbai, Sydney and Frankfurt. It also launched a free tool, SpeedLab, that helps its customers test website speed across a wide range of browsers and devices at the same time to identify browser or device-specific issues.

Read More   AI bias: How tech determines if you land job, get a loan or end up in jail

This is Bond Capital‘s second startup bet in India after backing edtech giant Byju’s last June. The growth-stage fund, which was spun out of the Kleiner Perkins Digital Growth fund in 2018, had closed its second fund with $2 billion in capital commitments in March this year, after a debut fund of $1.25 billion. 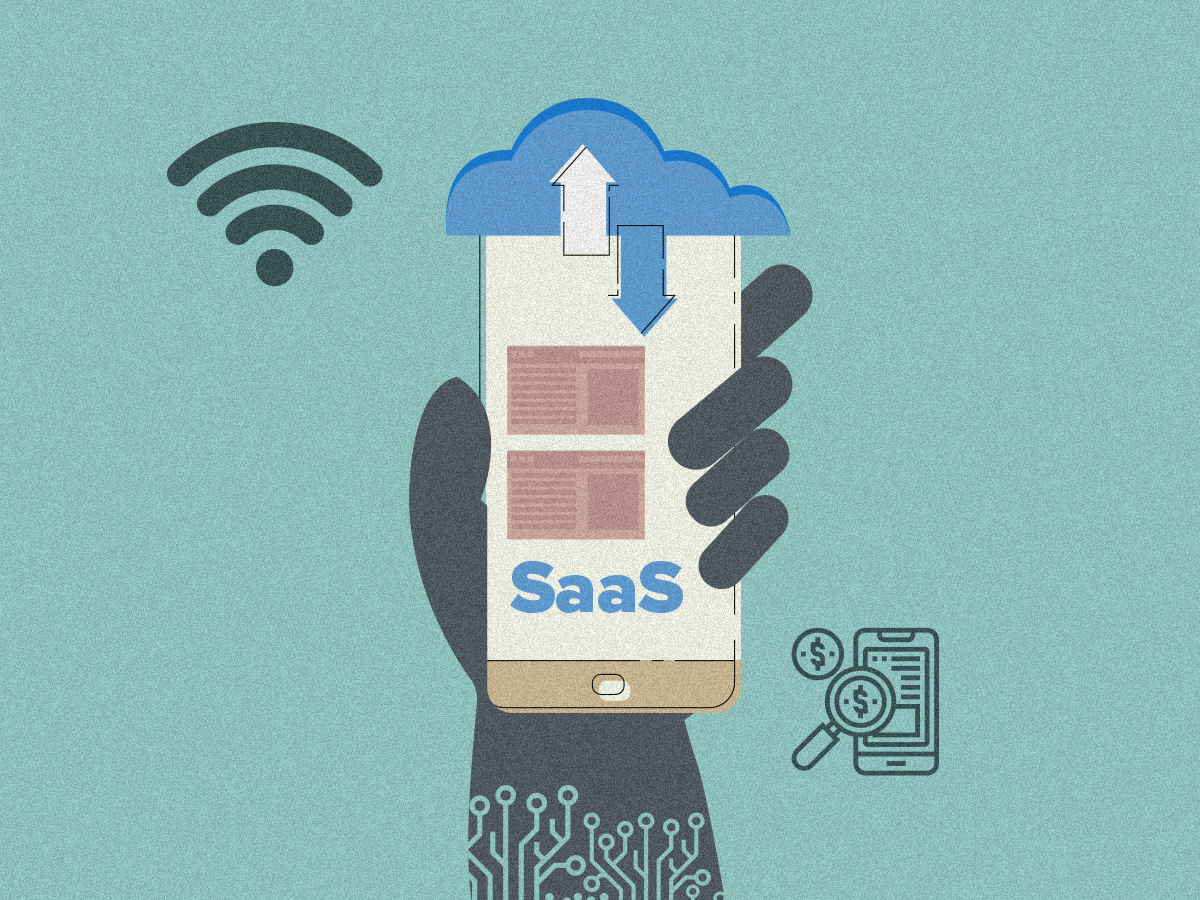 SoftBank Vision Fund is continuing its dealmaking spree in India, as it looks to put another $100 million in portfolio firm MindTickle.

Unicorn valuation: The investment could value the SaaS startup at $1.1 billion, making it a unicorn. It was valued at $500 million last November, when SoftBank Vision Fund had led a $100-million investment.

Recent deals: SoftBank Vision Fund has been actively scouting SaaS deals in India, especially firms that have an annual recurring revenue of $10-15 million. Earlier this month, it led a $90-million investment in Whatfix, valuing the company at $600 million. 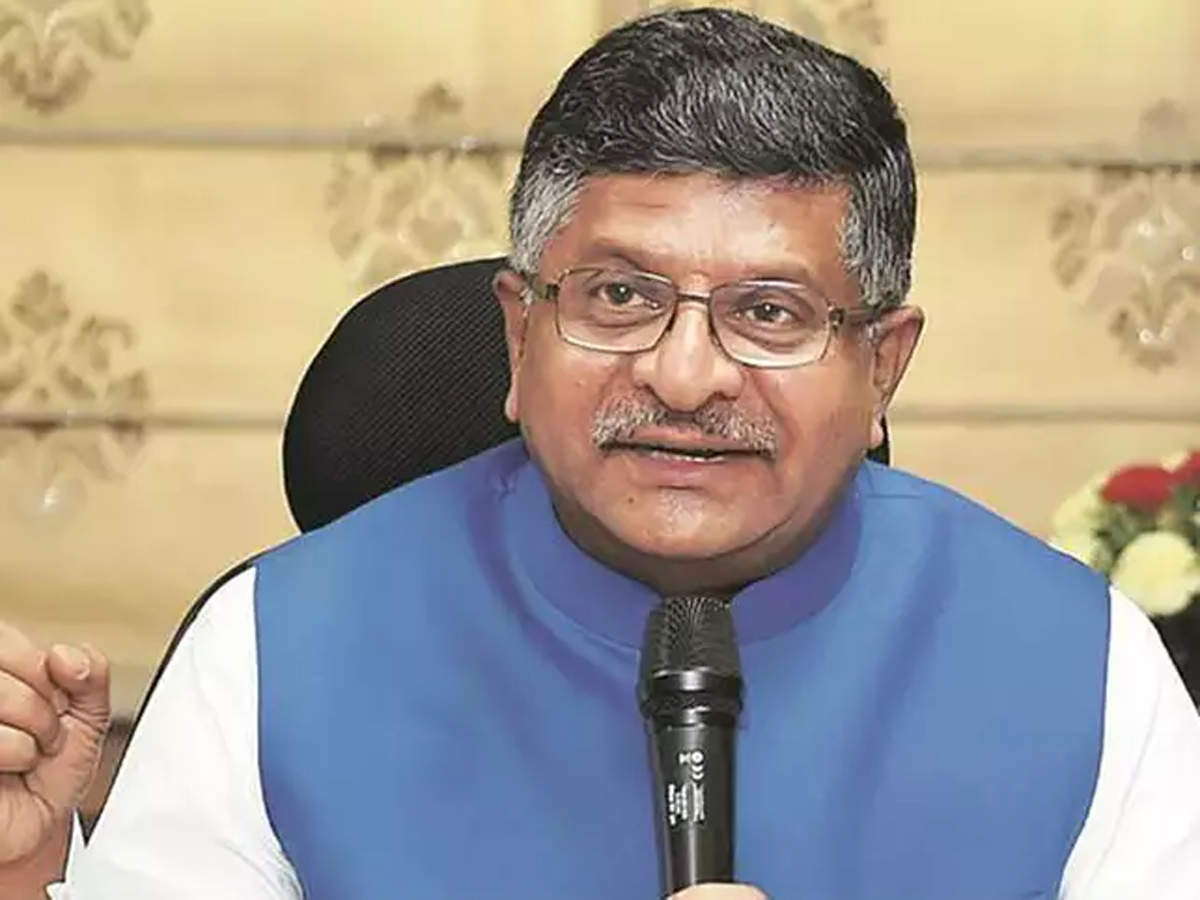 Twitter has “deliberately chosen the path of non-compliance” with regard to India’s new IT rules that came into effect from May 26, Union minister for electronics and information technology Ravi Shankar Prasad said on Wednesday, adding that the social media firm was given many opportunities to comply with the guidelines.

Prasad’s comments come after the Uttar Pradesh Police filed an FIR against Twitter Inc, its India unit and seven others in connection with a viral video of an attack on an elderly person in Ghaziabad.

Earlier today, ET reported, citing top government officials that Twitter could now be liable for content on its platform under the Indian Penal Code and the IT Act as the company appears to have lost its intermediary status in the country as it is yet to comply with the revised regulations. On Tuesday evening, the company said it had appointed an interim chief compliance officer and would soon share the details with the government.

Yes, but: Digital rights body Internet Freedom Foundation and several other digital rights experts have said that under the law, Twitter’s status as an intermediary and its protection from liability will be decided by courts and not the government.

Internet Freedom Foundation also noted that the new IT Rules were unconstitutional and had been challenged in several high courts. The latest challenge from eminent Carnatic music vocalist TM Krishna, who filed a petition in the Madras High Court last week.

So, what’s the concern? Divij Joshi, a technology policy fellow at Mozilla, pointed out that intermediaries such as Twitter will be unable to claim safe harbour status for all third-party content on their platforms until they comply with the new rules, since the safe harbour provision is tied to compliance with new IT rules and Section 79 of the IT Act. 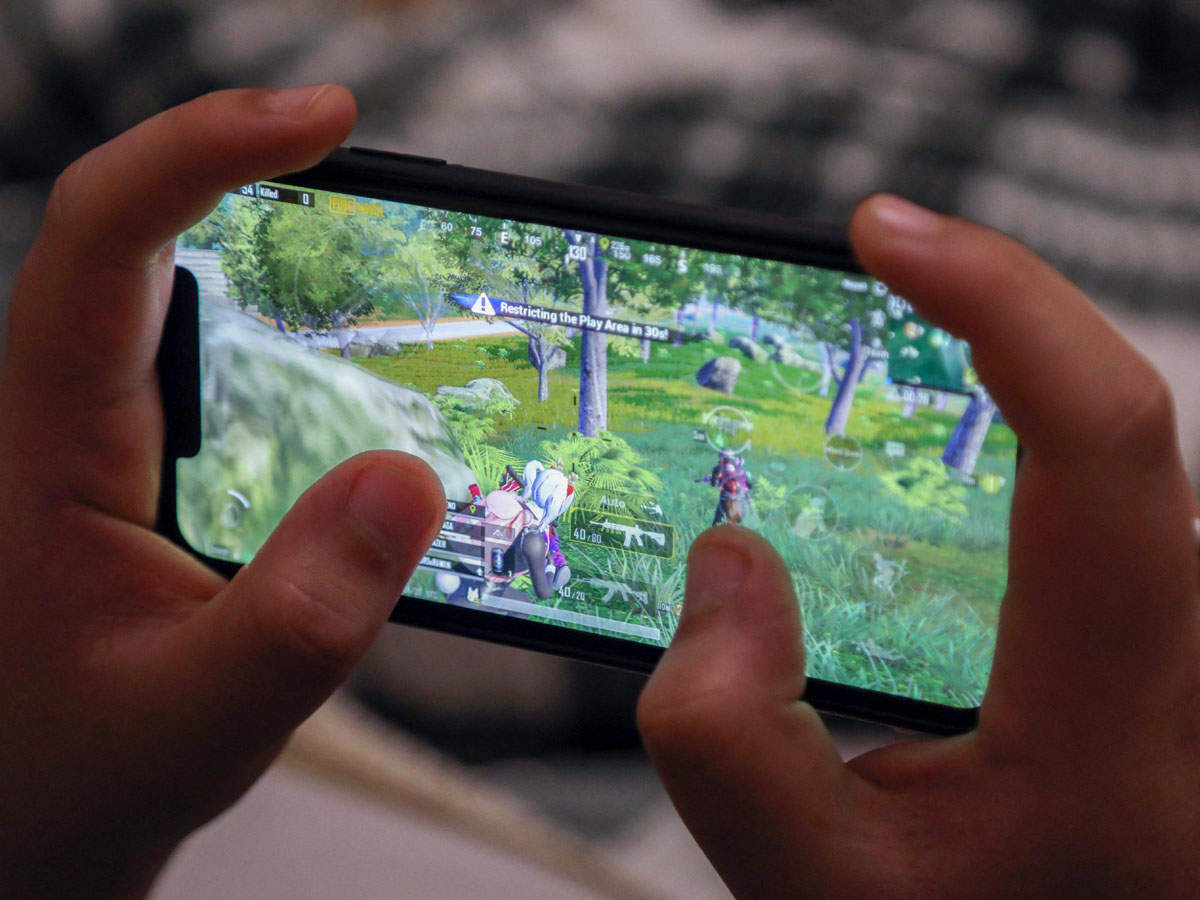 Krafton, the South Korean video game developer behind the blockbuster mobile game PlayerUnknown’s Battlegrounds (PUBG), aims to raise $5 billion in what could be South Korea’s largest initial public offering ever.

Will it raise the bar? Samsung Life Insurance had raised $4.4 billion in a domestic IPO in 2010, while e-commerce firm Coupang raised $4.6 billion in its public market debut on the New York Stock Exchange in March.

PUBG’s India return: Krafton is bringing PUBG back to India under the brand name ‘Battlegrounds Mobile India.’ This was after PUBG was banned by the Indian government last year since Chinese internet giant Tencent was the publishing partner of the original game.

India is the biggest market for PUBG, accounting for more than 28.8% of the game’s 644 million downloads as of last September, according to app intelligence firm Sensor Tower. Do read our timeline of PUBG’s India journey.

Last month, Arunachal Pradesh MLA Ninong Ering had called for a ban on the relaunch of PUBG Mobile as Battlegrounds Mobile India, on grounds that it would once again give China’s Tencent access to the Indian market. 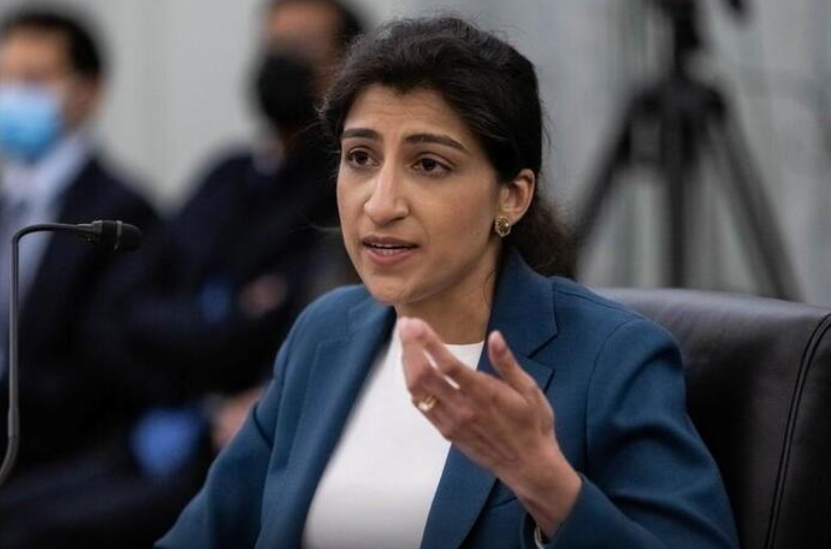 US President Joe Biden has named Lina Khan as the chairwoman of the Federal Trade Commission (FTC), a likely indication of a more intense crackdown on the tech giants in the country.

Claim to fame: 32-year-old Khan is the youngest chair in the history of the FTC. Having previously served as an associate law professor at Columbia Law School, Khan rose to prominence following a 2017 paper titled “Amazon’s Antitrust Paradox,” which argued that the country’s existing antitrust law framework was not enough to prevent anti-competitive behaviour from e-commerce platforms such as Amazon.

Khan also played a key role in formulating the US House Judiciary antitrust subcommittee’s report on Big Tech last year. Last week, a bipartisan group of lawmakers in the US House of Representatives introduced five bills aimed at reining in the power of the tech giants.

Today’s was written by Vikas SN in Bengaluru and edited by Zaheer Merchant in Mumbai.