Brussels is offering to scrap many border controls between Northern Ireland and the British mainland in an attempt to de-escalate tensions with the UK after London threatened to suspend the NI protocol.

The concessions include allowing the free circulation of many food products across the Irish Sea, reducing the prospect of a “sausage war”, where British chilled meats would be banned from entering Northern Ireland, which in effect remains part of the bloc’s single market.

Until now the European Commission had said it could only drop checks if the UK signs an agreement to align its food rules with the EU’s, which would prohibit it from developing its own food regulations and could restrict trade with non-EU countries.

But a commission paper, expected to be approved next week, will suggest that certain British goods such as sausages and bacon could enter the province. They would also cover other food easily identifiable as British, such as Stilton cheese, ending the need for the complicated veterinary forms required for many products. The products would have to be labelled as UK only and not cross the border to Ireland.

However, the offer appears to fall far short of British demands that trade with Belfast should be as easy as trade with Birmingham. Food such as a ham sandwich or packet of crisps could still require extensive paperwork, deterring businesses from sending them to Northern Ireland.

Lord David Frost, Brexit secretary, has threatened to suspend the Northern Ireland protocol by invoking Article 16 of the post-Brexit Trade and Cooperation Agreement, unless almost all checks are scrapped.

The UK government said on Friday: “As we have said before, chilled meats is just one issue out of many that need to be resolved if the protocol is to be put on a sustainable footing . . . Significant changes must be made to the protocol in order to protect the Belfast [Good Friday] Agreement and the peace process.”

The commission has already agreed to permit the free circulation of medicines from Great Britain, amending a law that prohibits third countries from licensing medicines used in the single market for the first time. Had Northern Ireland’s NHS had to purchase supplies independently, its costs would have sharply increased.

EU officials say the total number of customs checks could be cut in half. The UK has started building a software system that EU customs officers could access in real time. 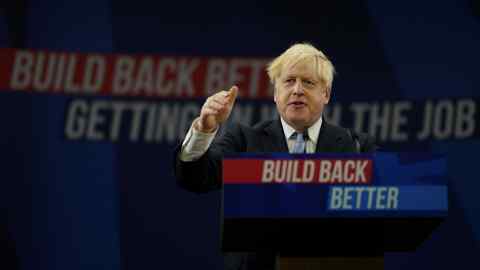 “We have been searching hard for ideas. We want to create the space for a solution,” said one EU official. “We are taking a risk. We need the UK to co-operate with us, for example on access to databases. Any solution will need to protect the single market. The most important thing is peace and stability in Northern Ireland.”

Maros Sefcovic, the European Commission vice-president who drew up the package, has worked hard to square other commissioners who fear it could set a precedent for the British to push for further concessions.

The 27 member states could yet demand tougher measures.

In 2020, Frost agreed to the protocol, which left some EU rules in place in Northern Ireland in order to prevent erecting a border with Ireland, which would have inflamed community tensions between Protestants and Catholics in the north that had been largely tamed since the 1998 Good Friday Agreement.

Sefcovic warned in a speech this week that he would not meet Frost’s demand to remove the European Court of Justice as the ultimate arbiter of the agreement.