Budget 2019: Will the Banking Cash Transaction Tax make a comeback?

In recent years, the government has taken various steps to encourage digital payments and discourage cash transactions. Some such measures could be expected in the upcoming Budget as well.

It was with similar objective of preventing generation and laundering of black money that the Banking Cash Transaction Tax (BCTT) was introduced in the Finance Act, 2005 with effect from June 1, 2005.

The BCTT of 0.1 percent was introduced for withdrawal of cash on a single day of over Rs 25,000. Broadly, the BCTT was made applicable for two categories of transactions, i.e., cash withdrawal and receipt of cash on encashment of term deposits.

Cash withdrawals were subject to BCTT if withdrawal was from an account other than a savings bank account, the account was maintained with a scheduled bank and the amount of cash withdrawn on a single day from the same account exceeded Rs 25,000 in case of an individual or Hindu Undivided Family (HUF) or Rs 1 lakh in case of any other person.

Similarly, receipt of cash from encashment of term deposits with scheduled banks was taxable if the cash received on a single day exceeded Rs 25,000 in case of deposit(s) in the name of an individual or HUF or Rs 1 lakh in case of any other person. There were also certain exceptions from BCTT, such as if cash was withdrawn by using a credit card, such withdrawal was not subject to BCTT, however, if withdrawn using a debit card from an account other than savings bank account, the same was subject to BCTT.

While the BCTT was not liked by tax payers, the then Finance Minister, in his speech while presenting the budget for financial year 2006-07, mentioned that the BCTT had turned out to be a boon and helped establish remarkable trails by citing an example of how the levy in a specific case had helped identify some entities that were helping traders avoid both sales tax and income tax. The BCTT was therefore continued with the objective of capturing significant financial transactions for which there would otherwise be no records.

In 2007, the exemption limit for the levy was raised for individuals and HUFs to Rs 50,000 and cash withdrawals by Central and state governments were made exempt.

In 2014, the Tax Administrative Reforms Commission recommended reintroduction of BCTT.

Further, in 2017, the Chief Minister’s Committee on Digital Payments as part of its recommendations on regulatory changes to promote adoption of digital payments, recommended levy of BCTT on transactions of Rs 50,000 and more to curb use of cash for large transactions.

While the proposed tax and additional authentication for high-value cash transactions would support the objective of curbing black money, before implementing any additional levy, the government would need to consider steps to avoid any undue hardship to honest tax payers in relation to genuine transactions. The limits and exemptions in relation to the taxes would need to be determined judiciously, given the multiple direct and indirect taxes that are already applicable to tax payers.

Further, Aadhaar-based authentication may cause practical difficulties in implementation. While quoting of Aadhaar in the income tax returns is mandatory, certain individuals are exempt from such requirement, i.e., individuals residing in Assam, Meghalaya or Jammu and Kashmir, individuals qualifying as non-resident for income tax purposes, individuals above the age 80 years, and individuals who are not citizens of India.

Given the above, it remains to be seen whether BCTT would make a comeback in the upcoming Budget. 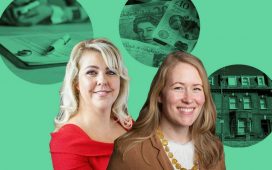 Live Q&A: Can you really split assets fairly when you get divorced? 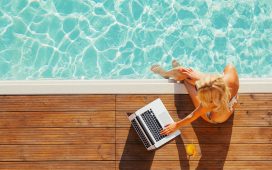 Tired of working from home? Upgrade to a luxury hotel suite for the day 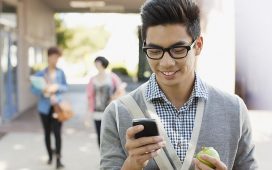 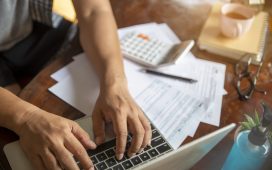