Budget 2021: What it means for your money


Chancellor Rishi Sunak promised that reducing taxes would be “my mission over the remainder of this parliament” setting out new fiscal rules in Wednesday’s Budget designed to get the UK economy back on track, reduce borrowing and keep spending in check.

With a focus on “levelling up” rather than headline-grabbing giveaways, the chancellor said fiscal prudence was the best way of avoiding “higher taxes tomorrow” — but as the cost of living bites, he managed to find scope for a £2bn tax giveaway for the lowest paid.

Here is a summary of how the key measures will affect your personal finances:

The key tax change — a manifesto-breaking pledge to raise the rate of national insurance to fund social care — was revealed long before the Budget and barely got a mention in the chancellor’s speech.

From next April, it will increase by 1.25 percentage points for employed and self-employed people earning more than £9,568.

A similar increase will also apply to employers’ national insurance payments. From April 2023, the higher NICs rate will apply to people working beyond the state pension age.

The Treasury had also previously announced an increase in dividend tax — which will rise by 1.25 percentage points from April 2022.

However, a feared shake-up to capital gains tax failed to materialise. There were also no major tax changes affecting the self-employed, despite a suggestion by the chancellor last year that they would need to contribute more in tax for the support they received during the pandemic.

The chancellor promised to give Britain a pay rise, confirming that the level of the national living wage would rise to £9.50 next April, and paved the way for public sector pay increases for 5m workers next year — although it is not yet known if these will outstrip inflation.

However, the real surprise was cutting the universal credit taper to “make work pay” for millions more working families. Currently set at 63 per cent, the taper reduces universal credit by 63 pence for every pound earned above a certain threshold. The chancellor will reduce this to 55 per cent by December 1 this year, and increase work allowances by £500.

He claimed this would help 2m working families who would be better off by £1,000 a year on average.

There were no changes to the headline rates of stamp duty, as Sunak focused his fire on measures — several of which had been previously flagged — to encourage housebuilding and solve the cladding crisis.

A £11.5bn fund to boost construction of new homes was confirmed as part of the Affordable Housing Programme, attached to a pledge to build 180,000 affordable homes, while a £1.8bn fund will make 1,500 hectares of brownfield sites and derelict homes available for new homes.

A £2bn cladding tax on developers was announced as a way of helping leaseholders stranded in unsafe buildings and facing unaffordable costs to renew them. Developers will be hit with a 4 per cent levy to contribute to cladding solutions, where they earn profits of more than £25m.

The chancellor resisted the urge to tinker again with savings allowances, which govern how much can be paid into, or grow, in a pension before tax charges apply.

The standard annual savings allowance remains at £40,000. However, this may be reduced or “tapered” down to as low as £4,000 for individuals whose ‘threshold income’ (annual income before tax less any personal pension contributions) is more than £200,000.

The Treasury also unveiled proposals to top-up pensions of millions of low-earning savers.

Currently, due to a tax anomaly, those who save into their pension via net pay arrangements (NPA) cannot receive a tax bonus on their contributions if they earn less than the personal allowance threshold.

In the Budget documents, the Treasury set out plans to pay a 20 per cent end-of-year top-up, which will apply to contributions made from the 2024-25 tax year onwards.

The government estimates the move will result in an estimated 1.2m individuals potentially benefiting by an average of £53 a year.

With no changes to allowances on Isas (individual savings accounts), the launch of the inaugural green savings bond for retail investors was the most significant news for savers.

To be launched by National Savings & Investments, the government-backed savings scheme, the bonds will raise money for the government’s environmental spending agenda and form a key part of the green finance plans laid out by the chancellor in the March budget.

However, personal finance analysts have warned that the 0.65 per cent interest rate on offer may be too low to compete with rival savings products on the market.

The chancellor also warned that inflation was likely to rise, a key concern for investors. Inflation is set to average 4 per cent over the next year, according to the Office for Budget Responsibility’s forecasts, Sunak said.

He cast the rise in inflation as a global phenomenon driven by supply chains and energy supplies struggling to cope with surging post-Covid demand. “The pressures caused by supply chain and energy prices will take months to ease,” he said.

A planned rise in fuel duty has been cancelled in the wake of rising petrol prices, which the chancellor claimed would save £15 on the cost of filling up the average car.

However, there were no extra measures to help households struggling to pay winter fuel bills.

The “feelgood factor” of the Budget was a huge shake-up of alcohol duty, which will reduce taxes on English sparking wine, rosé, fruit ciders and draught beer.

The chancellor promised this would help British pubs, although some pub groups have already warned the costs of wage increases could add 30 pence to the cost of a pint. 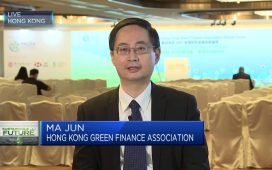 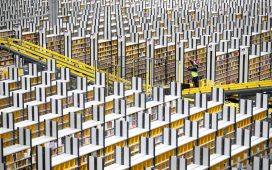 How warehouses are taking over the U.S. 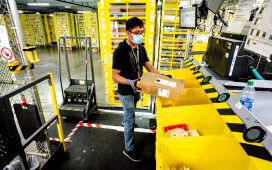 Why warehouses are taking over the U.S. 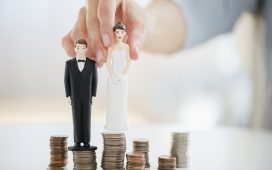 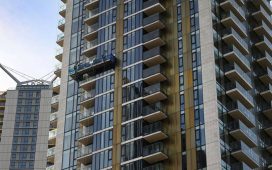