When the Ministry of Micro, Small and Medium Enterprises (MSMEs) was formed in 2007, one of its primary objectives was to make a distinction between the small businesses and larger enterprises for policy and legal purposes. However, there appears to be a need for a more nuanced differentiation.

Before trying to answer that, we need to understand the issues. One of the biggest is the lack of information.

KE Raghunathan, Convener of the Consortium of Indian Associations (CIA), says there is a lack of data and context around MSMEs. “We don’t have data on the manufacturing activity in this country. What is the service provider activity in this country? We have no solid data or access to the data around the status of MSMEs in some states and on which sector is performing well.”

In the absence of adequate and granular data, the policies, and guidelines that the government frames often misfire.

Amit Kumar, founder, and CEO of MSMEx, claims that the policies are not nuanced enough to benefit the larger group. “Around half of the micro enterprises are operating with less than Rs 50-lakh turnover. There are hardly 2-3 employees in such an enterprise. Their needs are totally different when compared with those that have a turnover of Rs 3-4 crore. Both these segments have differing behaviour and their needs are also different. We cannot create the same policy for everyone,” he says.

Experts point out the Emergency Credit Line Guarantee (ECLG) Scheme as an example. It was announced in 2020 so that MSMEs hit by the pandemic can get emergency loans to keep themselves functioning.

Today, Raghunathan says, the ECLG Scheme has included almost everyone in it. It has become diluted and no longer has anything to do with MSMEs. “Also, it said that credit lines would be given to businesses that have up to 20% of credit outstanding as on February 29, 2020. At the time, the outstanding balance on the last day of the month was always less. So, the 20% available was a pittance for people to survive on,” he says.

Experts have previously said that the loan size for the majority of borrowers range between Rs 5 lakh and Rs 50 lakh; and 20% amounts to Rs 10 lakh, which is not sufficient.

Kumar claims there seems to be a bias in the thinking process of the policymakers as these policies would only suit matured SMEs. “The advantages don’t percolate down to all the businesses. Some of these micro enterprises are not even aware that there are policies that can benefit them. Also, they are not able to articulate their needs properly. Therefore, there is a need for a change in the thought process,” he says.

The pandemic years have caused a lot of disruption in trade and supply chain, and this has raised the prices of raw materials such as steel and cotton. Apart from this, there was a massive loss of jobs in the formal and informal sectors. The biggest brunt was borne by micro enterprises. According to the survey by the CIA, nearly 73% of SMEs could not make a profit in FY2021. The survey covered over 81,000 self-employed individuals and SMEs last year.

Raghunathan calls for a separate ministry of micro enterprises. “We need to divide micro enterprises into manufacturers, ancillary units, exporters, service providers, etc. The micro segment will continue to suffer if incentive packages are not specifically made for this category,” says the CIA Convener.

Regarding classification of MSMEs, Kumar says no government has the perfect method of measuring MSMEs. In some cases, it would be right to classify using capital as a parameter; in some, revenue would be the right parameter. “The objective of classifying is that we should be able to serve this segment or provide it some growth opportunities,” says the CEO of MSMEx.

The need of the hour is to free micro enterprises from GST issues and seek exemption from the indirect tax for at least a year, says Raghunathan. “Increase the threshold limit of exemption for GST to Rs 5 crore at least for the next one year so that people will not be under the gambit of GST, giving them the freedom to concentrate on maturing their business activities,” he says.

The CIA also wants the creation of a separate office of the development commissioner for micro enterprises. In addition to this, considering the problem of increasing raw material prices, the association has asked for an increase in the working capital limit for micro enterprises. “Today, raw material prices have increased by at least 60%. All working capital limits must be increased by 50%. If I don’t have a working capital, how will I be able to sustain myself? Also, these micro entrepreneurs will need to repay the loan and, therefore, should be given a one-year moratorium for repayment,” says the convenor.

At the same time, as many micro enterprises were hit by Covid and continue to suffer, he urges the government to make it easier for these enterprises to exit their business. He says there must be focus on ease of closing businesses also.

“Those who are not able to continue their business activity should be able to fold up their business easily. For example, if two brothers had started a business and one of them died because of the pandemic, the other may not be able to run the operation. In these cases, a one-time settlement must be given, and capital gains must be exempted for closing the loans,” Raghunathan adds.

When a company goes into liquidation, it could be a tedious, long drawn and costly process and can last from six months to one year. In case a creditor does not approve a no-objection certificate, winding up the company can take years. According to the Company Act, an entrepreneur can apply to legally shut down his company only after the company has not been operative for a year. Even after that, experts have said that it can take an additional 5-6 months if the books are clear. 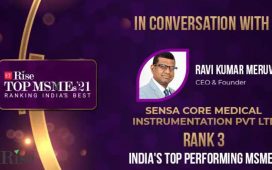