The Keel, a converted former HMRC office block overlooking Liverpool’s waterfront, is billed as the solution to dull, impersonal renting. Tenants in the block of 240 new flats can fake a sun-kissed glow on video calls by dialling in from its new “Zoom room”. According to its interior designer, Jasper Sanders, the effect created by the tinted windows is a friendly nod to many Liverpudlians’ love of a year-round tan.

At the Wembley Park development in north-west London, renters can work from retro camper vans or sheds custom-made for home working.

Welcome to the fast-growing world of “build to rent”, an asset class that is shaking up the housing market, luring renters with the promise of more professional management than individual private landlords, and sucking in a flood of money, from banks, pension funds and even retailer John Lewis. Tempted by the prospect of stable returns, these blocks are developed, owned and operated by large companies with deep pockets.

Yet there is growing unease over the boom in this new class of rental property, with concern that the poorest in society will be priced out.

Rob Wall, a 34-year-old communication coach, moved to Wembley Park, the biggest build-to-rent complex in the UK, lured by the perks.

In return for pet-friendly but small apartments that come with communal benefits, such as gym access and a cinema room, tenants part with monthly rent starting at £1,770 (plus utilities of roughly £200 a month).

Developer Quintain’s all-inclusive package meant Wall no longer had to sort out his own utilities or arrange repairs. “We don’t have to be too hands-on with it,” he says. “As a drummer and football fan, it’s a real bonus being next to the SSE Arena and stadium.”

Institutional landlordism is relatively new to Britain, but the sector has boomed as property prices spiral upwards, pushing the prospect of buying a home further out of reach for many. Build to rent now accounts for 20% of all new housing in England, a figure that rises to 40% for London, according to research consultancy Molior. Research from estate agency Ascend Properties shows that planning permission requests for build-to-rent units across the UK rose 52% during the pandemic.

“For a long time, residential property hasn’t been seen as a viable asset class; it’s really messy to manage, with huge operational costs,” said Frances Brill, a University of Cambridge geographer specialising in build to rent.

But with interest rates so low, commercial property yielding shaky returns, and Britain facing a chronic housing shortage, it had become an attractive bet. “Investors sense there’s money to be made if you’re able to provide quality housing,” she said.

Well-established players such as US developer Greystar – which last month partnered with Abu Dhabi in a £2.2bn deal to build London rental homes – have led the charge. Macquarie, the Australian bank that stripped out huge dividends during its ownership of Thames Water, has set up a rental business, Goodstone Living. US private equity giant KKR is funding 4,000 luxury homes. High-street names such as John Lewis, Lloyds Bank and Legal & General (L&G) are also joining the goldrush. Lloyds plans to own 50,000 homes within a decade, under a strategy developed by new boss Charlie Nunn, the Financial Times reports.

Experts say while interest from private equity firms comes from experience, the biggest draw for pension funds is they can raise the rent roughly in line with inflation. Dan Batterton, head of build to rent at L&G, said investors took about 4% from annual rent income linked to inflation. “The need for housing makes the rental market less volatile,” said Batterton.

A big pension fund can’t afford to become known as an awful landlord. No one wants to kick a granny onto the streets

For tenants, there’s the promise of well-managed homes for people who cannot afford to buy, and are fed up with rogue landlords. In the UK, there are almost twice as many people looking for rentals as there are spots available – a ratio that rises to 10 to one in Salford, according to research by insurer Admiral.

“Especially in such a new market, a big pension fund can’t afford to become known as an awful landlord,” said Brill. “No one wants to kick a granny on to the streets.”

She sees Switzerland – where 60% of households rent – as a success story: pension-fund-owned housing there is well kept, with stable rents. “There’s a glimmer of hope of what the UK market could be, if build-to-rent landlords’ actions are sufficiently regulated.”

But not all communities can afford to buy into the lifestyle. “While build-to-rent developers are obliged to provide nominally ‘affordable’ homes, this doesn’t mean they are building more social housing,” said Brill. “It doesn’t address the affordability crisis, because it’s so expensive.”

Homelessness charity Shelter has warned that build to rent is likely to be aimed at the higher end of the market, making it unaffordable to lower-income households. And while it has boomed during the pandemic, affordable housing starts fell by 16% in England in 2020-21, according to government data.

In Elephant and Castle, London’s ‘“Latin American quarter”, a £3bn regeneration project including a big slice of build to rent is driving out the current population of social housing tenants. About 4,000 social housing units have already been demolished in the area, with many residents forced to move to suburbs more than six miles away.

Delancey, the developer best known for its partnership with the Qatari royals to buy and develop London’s former Olympic village, will replace the shopping centre with homes to rent. It has permission for 979 build-to-rent homes, of which 116 will be social housing. Its initial proposal, for just 33 affordable homes, was rejected by the council. Corporately branded and just streets away from the demolished Heygate council estate, the block, due to be completed in 2030, is a metaphor for the borough of Southwark’s socioeconomic tensions.

With 16,000 households on Southwark’s housing waiting list, families are often pushed into overcrowded properties. Down the road from the Delancey development, Milton, 53, his wife Cecilia, 50, and two children live in a private rented studio flat. They have been waiting on the council register for a three-bedroom flat for three years. “It’s been a very hard time, not only for me, but for my children since they translate for me and help me with the documents I present to the council,” said Milton, who declined to give his full name. His children eat, sleep and do their homework in the same room.

“Housing shouldn’t be an asset,” said Elizabeth Wyatt, from campaign group Housing Action Southwark and Lambeth. “Good quality social housing, where communities can thrive and build roots, should be a right.”

Southwark council said: “The 35% affordable housing offer, which included 116 social rent homes, was the maximum we could reasonably secure for the Elephant and Castle development. We are committed to providing 2,500 new council homes across the borough by May 2022.”

Others think these expensive developments will take more refining. “There is some smoke and mirrors happening with these developers,” said John, a marketing manager and resident of Hurlock Heights, a new tower in Elephant and Castle (he declined to give his full name). The building hosts a mix of properties; build to rent, shared ownership and homes for sale. He feels his flat doesn’t match the leafy, high-spec complex in the brochure, and residents have complained about high service charges.

“Our rooftop garden is kept in such a poor state. Because residents are walking their pets there, the grass is all dead,” said John. He said not being a pet owner was even more frustrating because when he originally bought the flat, nothing in the advertisement or contract said animals were allowed.

There are lessons for the build-to-rent developers from elsewhere in Europe. In Germany, Berliners last year voted on a controversial property expropriation bill to take 240,000 properties, or 11% of all apartments in Berlin, from corporate landlords. 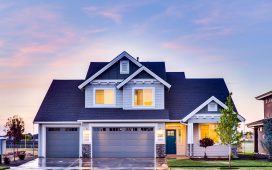 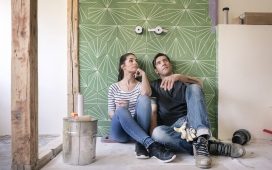 Buyers are making concessions to nab a home. Here’s what they’re doing 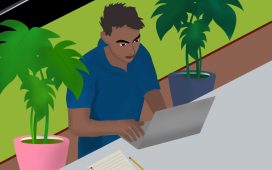 The grand 'work from anywhere' experiment got a few things wrong. Here's how to fix it. 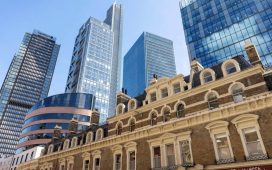 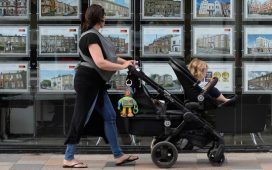 Slowdown ahead for UK housing market 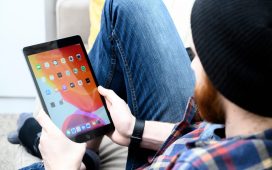