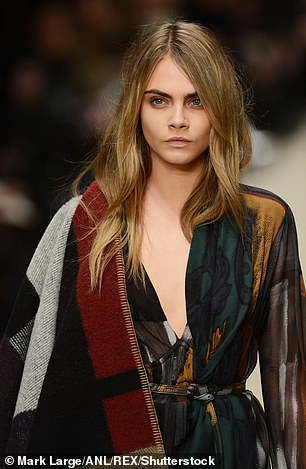 Shares in Burberry took off on Tuesday as the luxury fashion brand – known for its raincoats and distinctive check pattern – notched up a better-than-expected sales rise.

The firm said it benefited from the weak pound as this encouraged tourists to flock to its UK stores to pick up the designs by new creative director Riccardo Tisci.

Tourists get a lot more bang for their buck in the UK at the moment with the pound hitting fresh lows against the dollar and the euro in recent months, as the risk of a ‘no-deal’ Brexit looms.

The firm said that this, plus growing momentum in the Riccardo collection and a stronger presence on social media, helped sales rise 4 per cent to £498million in the last three months.

Black leather sleeves designed by Riccardo and costing £170 were released as a limited edition and sold out in just 20 minutes.

Relieved investors snapped up shares on Tuesday – bumping the stock by 9 per cent to £21.54.

The group added that sales in the Asia Pacific market grew by ‘high single-digits’ – thanks to a strong performance in China. That’s despite being hit by the huge protests in Hong Kong.

But sales in the US were flat, and down in Canada.

‘Of course, flies in the ointment remain, and it will be important that these are dealt with effectively,’ comments Richard Hunter, head of markets at Interactive Investor. 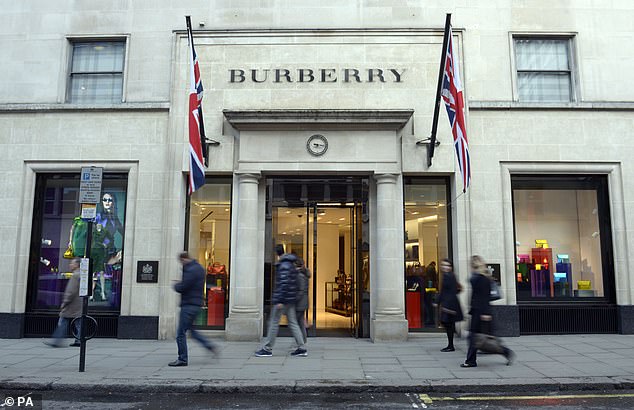 Hunter points to disappointing trading in its accessories department and Burberry’s full-year forecasts being dependent on a stable economic environment.

‘As such, a ‘no deal’ Brexit would have a material operational and financial impact on the business, which the company is part preparing for,’ he said.

‘More broadly, the full implications of the US/China tariff spat are yet to wash through fully to those economies and this could also have a negative impact.’

The rise in shares was much needed as the stock dropped 6 per cent over the last year.

In May, the group reported flat full-year sales of £2.72billion as trading slowed in China and it suffered the turbulence of changes in its top team.

Russ Mould from AJ Bell warned that while the business is ‘understandably pleased’ about the quarter, ‘fashion can be a fickle industry’.

‘Burberry still faces the risk that consumer tastes suddenly shift in favour of a different fashion seller. The turnaround story still has a long way to go and one positive quarter is not a reason to declare the business fixed,’ he said.

Why India is seeking to lure rupee trading onshore

Good news for drivers as oil prices slump 5% in their biggest drop for six...