Burberry said its sales in Hong Kong declined by a “double digit” amount and it took a £14m impairment charge against its stores there, as unrest in the former British colony rages on.

The months-long disturbances will also affect gross margin for the full year, which is now expected to fall by 1.5 percentage points rather than 1 point as the proportion of high-margin Hong Kong sales in the overall mix declines.

However the luxury goods group, famed for its £1,400 gabardine trenchcoats, said overall guidance for the full year would not change — it still expects stable revenue and operating margin.

Shares in the clothing group rose about 7 per cent in early London trading to a two-month high.

Same-store sales for the six months to September grew 4 per cent, in line with expectations, but adjusted operating profit of £187m (before the impact of lease accounting changes) was ahead of the £175m average of analysts’ forecasts and the £178m reported last year.

Sales growth was strong in China, Korea and Japan, meaning overall Asia-Pacific sales still rose by “mid single digits”, as did sales in Europe and the Middle East. Revenue in the Americas grew by a smaller increment.

Around 70 per cent of product in the stores is now from the collections designed by new creative head Riccardo Tisci, up from 50 per cent at the end of the first quarter. Burberry said the customer response had been “very promising”.

The company also announced a venture with Tencent, the Chinese technology company, to develop “social retail” in China, with Burberry opening a store “powered by Tencent technology” in the southern Chinese city of Shenzhen in the first half of next year.

“This will be a unique space to test and learn, serving as a laboratory to trial innovation that can be expanded to the rest of the Burberry network in China,” it said in a statement.

It described social retail as “a concept that blends social media and retail to create digital and physical spaces for engaged communities to interact, share and shop”.

Hong Kong has been buffeted by violence and demonstrations since March, sparked by the introduction of an extradition bill that would have seen criminal suspects sent to mainland China for the first time. 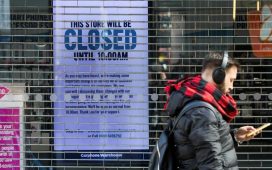 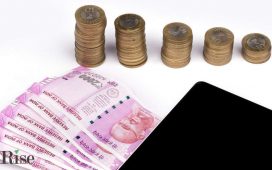 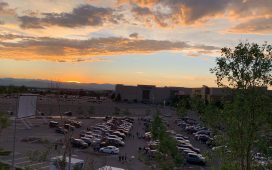