California’s wildfire season is likely to be even longer and more damaging in the future, study says – Daily Mail


California’s wildfire season is likely to be even longer and more destructive in the future as rainfall continues to decrease, new Stanford research finds

Future wildfire seasons in California will likely become even more destructive and long-lasting, according to new research from Stanford.

Analyzing data from regional thermometers and rainfall gauges, the team found California’s wildfire season, which traditionally takes place between September and November, has seen the number of days that qualify as having extreme fire weather more than double in the last four decades.

Over that same period, rainfall has decreased more than 30 percent, while average temperatures have risen two degrees Fahrenheit. 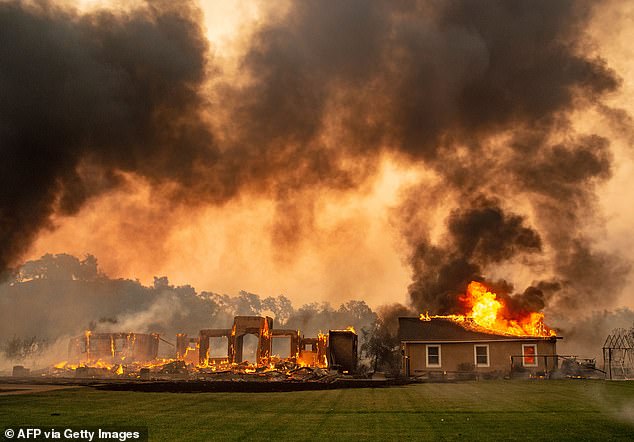 ‘It’s striking just how strong of an influence climate change has already had on extreme fire weather conditions throughout the state,’ co-author Daniel Swain told Eurekalert.

‘It represents yet another piece of evidence that climate change is already having a discernable influence on day-to-day life in California.’

Recent seasons have seen the most destructive wildfires the state has ever seen, with more than $50billion in damages and 150 deaths recorded in 2017 and 2018, and the team warns that the worst could still lie ahead.

Strong seasonal offshore winds that drive fires even further and faster, combined with aging public infrastructure have combined to make make the region more vulnerable than it has ever been.

The authors emphasized a number of tactics to minimize the growing threat, including seasonal burns to lessen the amount of available fuel to drive fires. 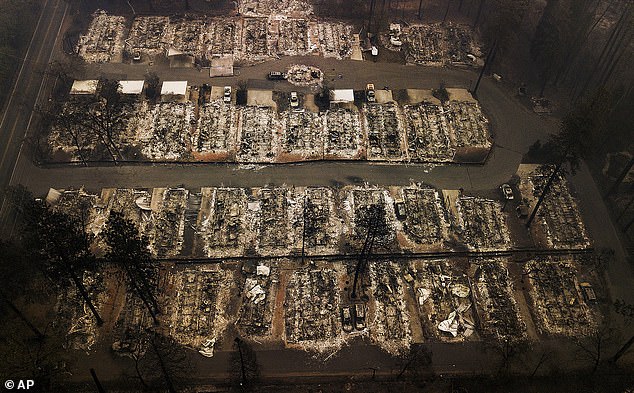 The team suggests revamping California’s construction and zoning codes to make new homes and offices better able to stand fire, alongside improvements to the state’s emergency communication system and seasonal burns to lessen the amount of flammable material

They also recommend updating the state’s emergency communication systems to give people in threatened areas better information about evacuations and fire spread, as well as local mitigation efforts that could help prevent fires or keep them from spreading.

‘Many factors influence wildfire risk, but this study shows that long-term warming, coupled with decreasing autumn precipitation, is already increasing the odds of the kinds of extreme fire weather conditions that have proved so destructive in both northern and southern California in recent years,’ Stanford’s Noah Diffenbaugh said. .

85% of wildfires in the US are caused by humans

Lightning is the second most common cause of wildfires

California has more than 2 million homes exposed to wildfire risk, almost three times more than any other state

California had the most amount of space burned by wildfire in 2018, with more than 1.8 million acres affected

The invisible lockdown – Times of Malta