Can EVs Save These Four Once Glorious Automotive Brands? – InsideHook


The promised shift to electric vehicles that seems to be all but inevitable for mainstream automakers also promises to offer a dramatic do-over for more boutique brands languishing at the margins of both profitability and relevance.

Consider the case of Jaguar, whose continued existence over the past decade has relied almost entirely on the cash cow grazing in corporate partner Land Rover’s SUV-rich pastures. Cognizant that its repeated attempts to gain ground against BMW and Mercedes-Benz have led only to financial peril, the company recently announced a whirlwind play to not only embrace an all-electric line-up by 2025, but to leapfrog its current niche in the luxury market in favor of starting prices that will hover around the $140,000 mark. That represents four times the ask attached to its most affordable existing model, and double the window sticker on its current I-Pace EV.

For Jaguar, it’s a question of survival. Not large enough to offer the volume required to fund a sweeping shift from gas to electric, the decision to produce fewer cars but seek out deeper pockets is perhaps the only logical path forward. It’s not a stretch to suggest that this same clean-slate approach to electric platforms would also benefit a number of other automotive brands that have struggled to differentiate themselves in a crowded market.

Which car companies should get on the EV tip sooner than later? Here are our picks for an all-electric rejuvenation.

The current situation: Infiniti has spent much of the past 10 years struggling to define itself as a luxury brand. Unlike Jaguar, it hasn’t been able to pull from nearly a century of heritage, and after an initial post-2K flourish of exciting and forward-thinking models like the G35 and the FX high-performance crossover, it’s settled into offering vehicles that don’t cut nearly as intriguing a profile compared to more established options. This downward slope of innovation has been reflected by a similar nosedive in sales and a full retreat from the European market.

Where to begin: After leaping to an early lead in the EV sweepstakes with the Nissan Leaf, Infiniti’s parent has only recently re-engaged the electric car community with a follow-up, the Ariya, which is slated for sale later this year. There’s really no compelling reason to stay the course at Infiniti, which means it’s time for Nissan’s Ariya technology to underpin a fleet of crossovers bearing the luxury badge.

Where it goes: An electric Infiniti would be a compelling alternative to European options such as the Audi E-tron, and porting over the company’s existing interiors to the Ariya platform would further quell the need for a massive initial capital investment. Start small, build out from a single vehicle and give the Infiniti name a chance to mean something again.

The current situation: Don’t look now, but Chrysler currently offers just a trio of automobiles: the Pacifica minivan (available as both a plug-in hybrid and a standard gas model), the Voyager (a stripped-down Pacifica), and the past-its-due-date 300 sedan. The time is now to give a once-proud nameplate a new sense of purpose. shift entirely into the EV space and provide conglomerate Stellantis its first bread-and-butter all-electric brand.

Where to begin: Forget the 300, concentrate on making the Pacifica a full EV and ready an electric crossover to sit on the minivan’s battery-powered bones. There’s really nothing to lose here. This is a company that sold just a hair over 16,000 examples of the 300 in 2020, and is on pace to barely best that number in 2021. The Pacifica is where the volume lies, and it’s the foundation on which to produce a pack of upscale all-electric people movers using one of the four dedicated EV platforms announced by Stellantis this summer.

Where it goes: Chrysler has absolute zero brand resonance under the Stellantis banner, and has been a prime candidate for contraction since FCA’s importation of Fiat platforms to Detroit failed to take root roughly 10 years ago. A move into the EV space provides a clear future for a name with a ton of history, but not much to show for it currently.

The current situation: Acura’s sales numbers might be stronger than those of rival Infiniti, but in terms of expanding its customer base it has been treading water since the mid-2000s. By cutting down its lineup to concentrate on fewer models seemingly designed specifically for returning buyers, Acura has created an almost insular bubble after having largely abandoned the engineering and performance prowess that defined its early success in the American market.

Where to begin: Acura has made a few notable forays into the electrified space, in particular with the previous-generation MDX Sport Hybrid, and of course the NSX supercar. With a halo like the NSX in place, it’s a short step to generate buzz around becoming Honda’s electrified high-performance brand and show off some of the class-leading innovation that Acura was once known for. The pieces are already in place, as Honda has a deal with GM to borrow its Ultium platform for use under an Acura EV.

Where it goes: The company has said its plans to revive interest in its Type S high-performance sub-brand are a big part of the reason why it’s lagged behind the rest of the pack in producing a true EV option. Why not build on that momentum and turn a pause into a positive? It’s long past time to expand what it means to buy an enthusiast car (or more likely a crossover) from Acura. Type S is the perfect stepping stone to an all-EV future that could put the automaker back on the map alongside Lexus, Audi and BMW.

The current situation: Alfa Romeo has hovered on the periphery of Stellantis’s North American plans ever since it returned to this side of the Atlantic after a 20-year hiatus. With just a handful of vehicles on offer, including a pair of discontinued sports cars (the fun 4C and the unusual Mazda-partnered 124 Spyder Miata remake), it’s never been clear how much faith the company had in its ability to charm U.S.-based enthusiasts. Now that the lineup has been reduced to just the Stelvio crossover and the Giulia sedan, the future for Alfa Romeo is blurry at best

Where to begin: Things get even murkier for Alfa Romeo when it’s revealed that the platform underpinning both the Stelvio and the Giulia was never intended to be electrified. This bit of billion-dollar bad news provides the perfect pivot point towards one of the four Stellantis-developed EV designs intended to be used by its entire family. For Alfa Romeo, the chance here is twofold: assume a new identity as an all-electric sports car builder, and go hard after BMW et al in the process with a mix of sports coupes and striking SUVs.

Where it goes: Stellantis is at a major turning point. Outside of Jeep and Ram, few of its automotive nameplates can count on a clear market position or any kind of segment leadership. Electrification allows the company to pluck Alfa Romeo out of its doldrums and, alongside Chrysler, throw it wholeheartedly into the fray at opposite ends of the EV spectrum, armed with unique and enticing battery-powered options not available anywhere else.

This article was featured in the InsideHook newsletter. Sign up now. 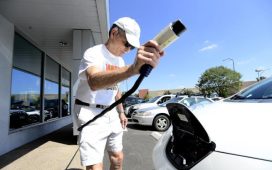 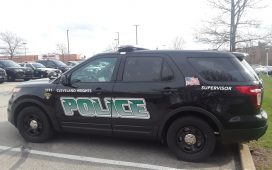 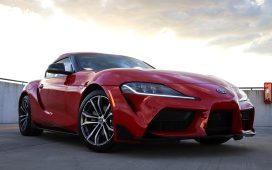 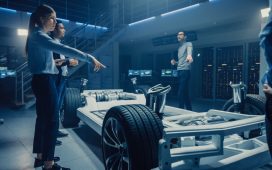