In the countryside near Mexico City, a rare breed of salamander has captured the attention of biologists who think the creature may help them understand limb regeneration.

Because the salamanders, called axolotls, are born into large families in habitats where space food is scarce, they frequently will eat the limbs of their siblings for sustenance.

Surprisingly, within a few months the entire limb will have completed regenerated in tact, including skin, bone, muscle tissue, and even nerve endings. 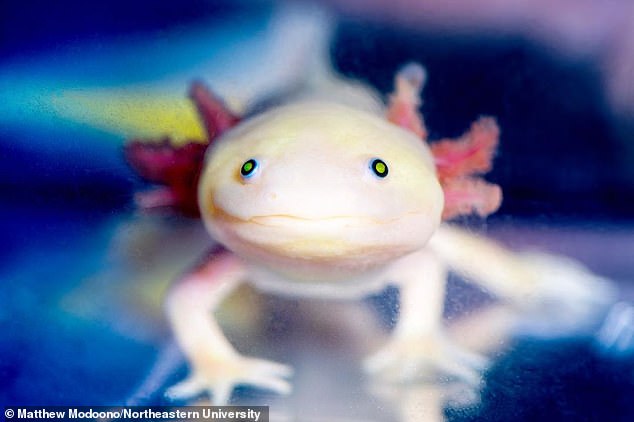 Other amphibians have been observed to regenerate limbs, but the axolotl is unique in that its regenerated limbs are in as good condition as the original limbs.

James Monaghan, an associate professor of biology from Northeastern University, says the extraordinarily ability is due to some unique properties in the axolotl’s cellular function.

‘When an injury occurs, some cues are released in that animal that tells cells near the injury to go from a resting state into a regenerative state,’ Monaghan told Pys.org.

Monaghan and his team of researchers have so far flagged one molecule they believe has a role in the generative process, called neuregulin-1. 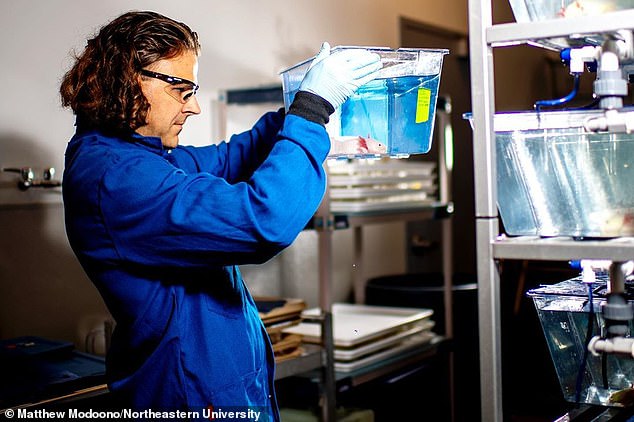 James Monaghan (pictured above), an associate professor of biology at Northeastern Univesrity, studies the axolotls unique ability to regenerate limbs

When the molecule is removed axolotls seem to lose their regenerative ability, and when it is added back in they regain it.

Monaghan cautions there is likely more to the story than a singe molecule acting as an on-off switch. 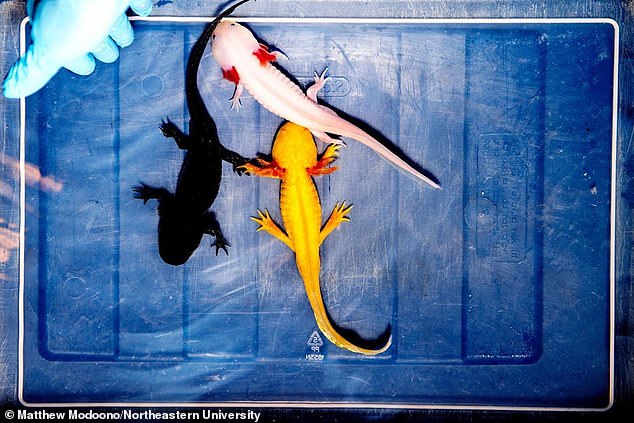 The axolotl (pictured above) are born into large families in regions where food is scarce, leaving few options other than cannibalism

Axolotl have the largest genome ever sequenced, meaning there is an enormous amount humans do not yet understand about their bodies and genes.

Further study of the axolotl could lead to major breakthroughs in human healthcare, including treatment for degenerative retina diseases. 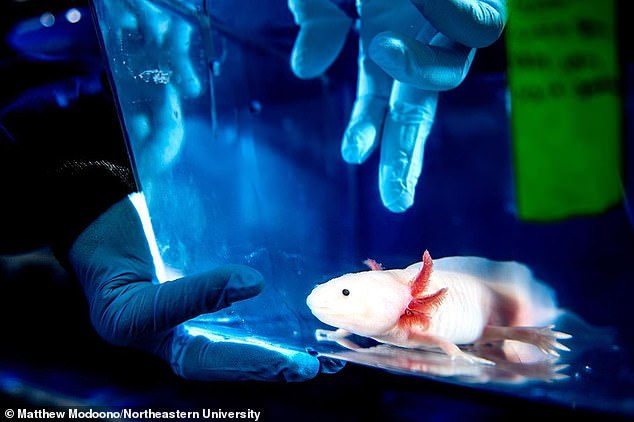 Axolotls (pictured above) have the longest genome ever sequenced, meaning that the explanation for their regenerative abilities is likely complicated

Monaghan attempted to place the neuregulin-1 molecule into stem cells and then test its regenerative ability in pig eyes, which are similar to human eyes.

The stem cells failed to connect and died, but when the same stem cells were used on the axolotl eye, many fewer cells died suggesting their may be another molecule or mechanism that causes neuregulin-1 to take effect.

The exact explanation has remained elusive, but Monaghan remains hopeful progress can be made.

‘If we could just learn how to turn back on those programs, our bodies might do the rest of the work.’

WHAT CAUSES SPECIES TO REGENERATE?

All organisms, including humans, have the ability to regenerate to a degree, but the process is much more developed in many invertebrates such as earthworms and starfish.

These animals can grow new heads, tails and other body parts when injured.

Scientists don’t know why mammals don’t have the same ability, but they do regenerate skin, muscle and blood.

Every multicellular organism is built from a single cell, which divides into two identical cells, then four, and so on.

Each of these cells contains the exact same twisted strands of DNA, and is considered pluripotent – meaning it can give rise to all possible cell types in the body.

But somewhere along the way, those starter cells – known as embryonic stem cells – resign themselves to a different fate and become skin cells, heart cells, muscle cells, or another cell type.