Cardano Sees Over 2,000 Smart Contracts Deployed 4 Days After Alonzo HFC, How This Affects The Price


Smart contracts have become a reality on the Cardano network after September 12th. After the Alonzo Hard Fork Combinator launch, developers could now go ahead and start creating smart contracts on the ecosystem. This would aid in developers creating decentralized applications (DApps) to provide decentralized finance (DeFi) services to the users of the blockchain.

With the number of smart contracts that have been created on the network, it is no doubt that we are about to witness an influx of new decentralized apps on the network. The project has said that they are supporting developers in bringing their projects to life on the platform. By making the Cardano ecosystem as safe and developer-friendly as it possibly could. The developers, in turn, have shown their confidence in the network with the number of smart contracts already live on the ecosystem.

The first day after the launch was completed saw over 100 smart contracts created in the first 24 hours. This number in itself was impressive. But the subsequent days have shown an even accelerated timeline for the creation of these smart contracts. Thursday 16th September marks the fourth day after the Alonzo HFC and the current count for the smart contracts on the network now sits at almost 2.3K.

While most of these smart contracts are not going into effect now, developers are creating them in a bid to lock their tokens ahead of the release of their decentralized applications. It evidences the number of projects developers are already working on to bring to the Cardano ecosystem. With the rise of decentralized finance still continuing, and as more people move away from other leading smart contracts platforms in favor of a cheaper and faster alternative like Cardano, more protocols are expected to launch their smart contracts on the network.

Currently, these smart contracts are in a timelock contract, effectively locking them up for a specific period of time until the developers are ready to make use of them. This will provide the developers the time they need to develop their protocols while having secured their smart contracts for their uses ahead of time.

How This Affects This Price

The rise of decentralized finance has been one of the major driving forces behind Ethereum’s success, and most recently, Solana’s success. In the same way, DeFi protocols on the Cardano blockchain will also effectively increase the value of its token. This is because once these decentralized applications are up and running, users will need to use ADA to carry out transactions on the blockchain.

Whereas users do not necessarily need to hold ADA coins, they will need to be purchased to trade and pay for transaction fees. This will create demand for the coin, in the long run, leading to a higher value of the digital asset. 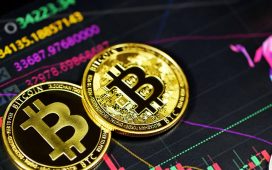 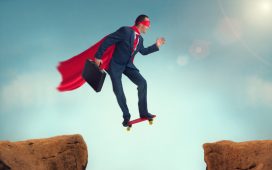