Carlos Ghosn’s wife has complained about the ‘harsh treatment’ the former Nissan boss is facing in a Japanese jail.

In a nine-page letter to Human Rights Watch, Carole Ghosn claimed he is being held in ‘draconian’ conditions in an unheated cell as temperatures plummet close to zero at night.

The 52-year-old said: ‘For hours each day, the prosecutors interrogate him, browbeat him, lecture him and berate him, outside the presence of his attorneys, in an effort to extract a confession. 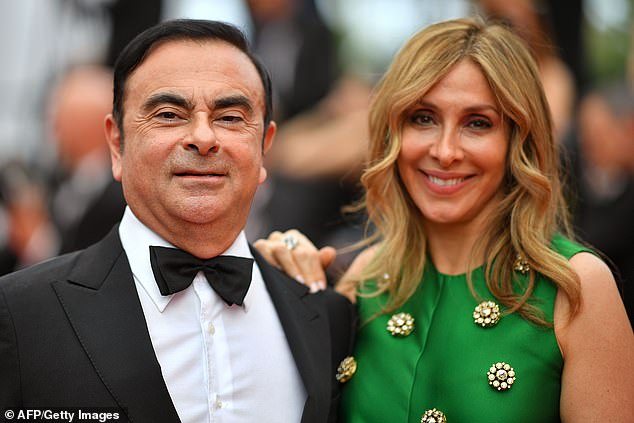 ‘No one should be forced to endure what my husband faces every day, particularly in a developed nation like Japan, the third-largest economy in the world.’

Ghosn, 64, has been held since his arrest on November 19 for allegedly under-reporting his pay by around £34million over the five years to 2015.

He has been charged with financial misconduct as well as ‘aggravated breach of trust’ over claims he shifted personal investment losses to Nissan during the financial crisis.

He denies the charges, while his lawyers said it could be more than six months until his trial.

Zoopla boss reveals his plan for a 'CV' for homes