Carpetright shares spiked 37 per cent to above 21p in early trading on Thursday after the troubled retailer showed signs of bouncing back from a torrid year.

The company, which has closed 81 shops as part of an urgent restructuring, said its performance over the last three months was in line with expectations, with same-store sales showing a big upswing compared to the same period last year. 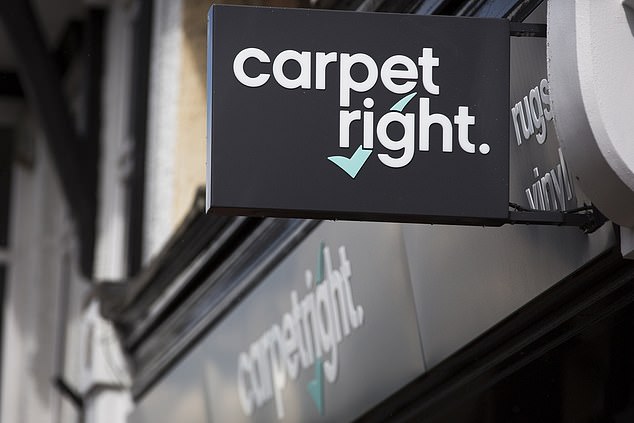 Green shoots: Carpetright said its like-for-like sales were much stronger in the last three months than during the same period last year, when sales slowed sharply

Carpetright said consumers are starting to feel more confident in the business now the dust has settled on last year’s CVA – a controversial insolvency procedure the firm used to exit leases on under-performing shops and slash the rent bill.

The floorings specialist has also been refurbishing its remaining 335 UK stores and working to bulk up its online offer.

Boss Wilf Walsh said: ‘This has been a transitional year for Carpetright and we remain on track both with our recovery plan and our strategic initiatives.

‘The actions taken are driving improvement, particularly in the invested store estate, and the brand remains strong.

‘Whilst consumer confidence remains challenged in the UK, the work we have done to reposition the business is starting to deliver the benefits necessary to put Carpetright back on the path to sustainable profitability.’

Some home furnishings retailers have been hit by weaker consumer confidence since the Brexit vote, as shoppers put off making big purchases or moving house. 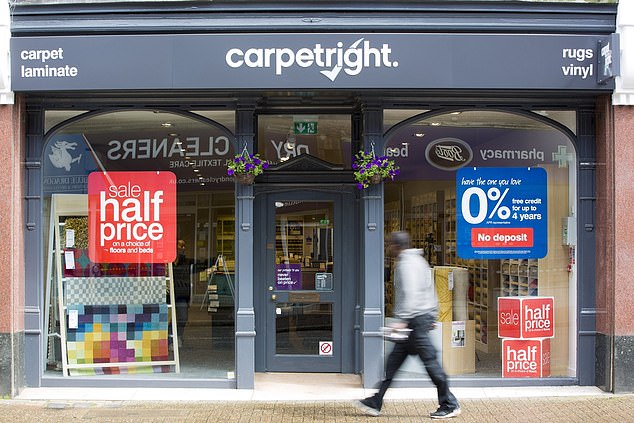 This, plus stiff competition from rival floorings firm Tapi, triggered a sharp drop in Carpetright’s sales at the end of 2017, and the firm to swung to a loss.

Today, the group confirmed it is on target to deliver promised annual cost savings of £19million, agreed as part of last year’s rescue deal.

Trading in the rest of Europe is ahead of the same period last year too, it added, driven by a strong performance in the Netherlands.

Carpetright shares later dropped back a touch to 19.7p – a 28 per cent increase on the opening price of 15.6p.

Victims of rogue pensions scandal take their fight to the courts

In no mood for catching a falling knife

Ovo acquisition of SSE – what will it mean for customers?