Business groups have criticised the Chancellor’s Spending Review for being a “missed opportunity” to support key parts of the economy through the Covid crisis and said it failed to provide policy that allowed businesses to “look beyond the short term.”

Rishi Sunak said in his statement that his immediate priority was to protect people’s lives and livelihoods as the country continues to battle the outbreak – allocating £55bn to tackle the virus next year.

The Office for Budget Responsibility (OBR) confirmed that the economy will contract this year by 11.3%, the largest fall in output in more than 300 years. Sunak said that “this is an economic emergency”, but the country needs to reduce debt levels at some point.

Economic output will not recover to pre-crisis levels until the end of 2022, and “long-time scarring is inevitable” he added.

The OBR forecasted that the UK will borrow £394bn this year, equivalent to 19% of GDP and the highest recorded level of borrowing in peacetime history. Meanwhile, unemployment is set to rise by 7.5% to 2.6m in the second quarter of 2021, before falling every subsequent year, reaching 4.4% by the end of 2024.

Sunak said that the UK Government will provide pay rise to people working in the NHS, but pay rises in the rest of the public sector will be paused next year. 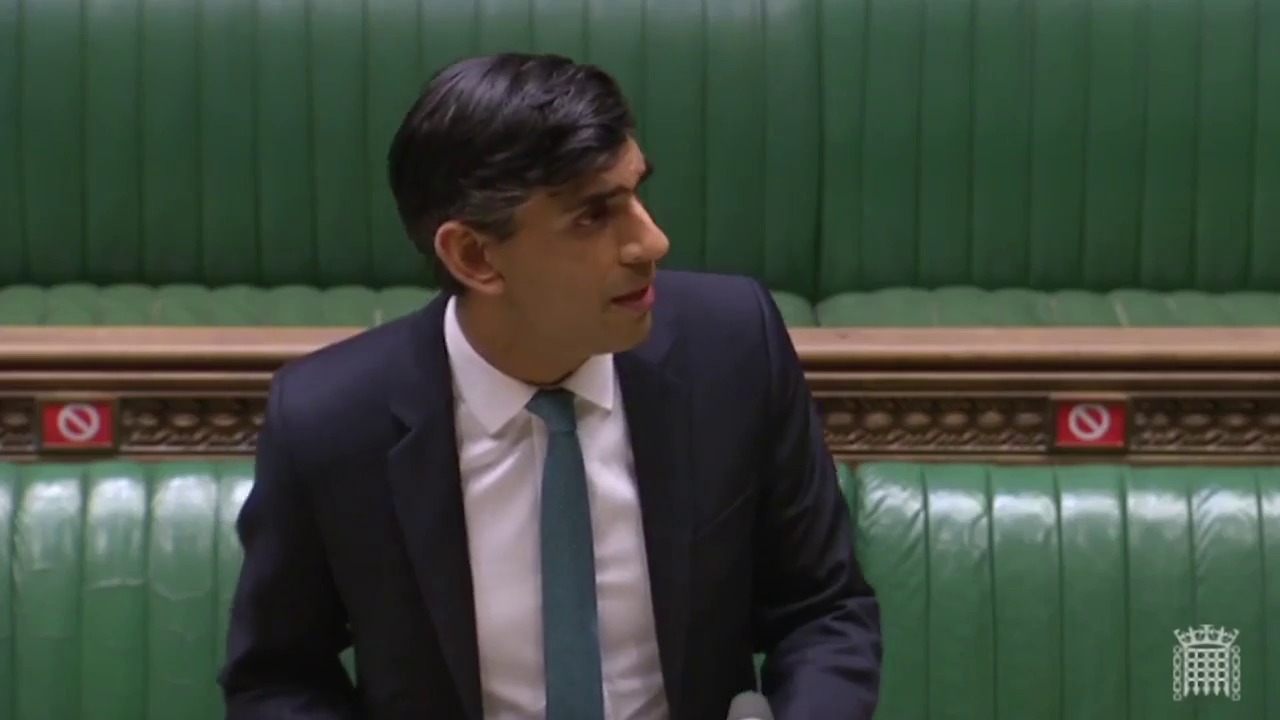 Business leaders questioned whether he had done enough in his statement.

Read More   FedEx Ground to deliver to homes on Sunday: 'Every day is now a delivery day'

Malcolm Cannon, national director of IoD Scotland, said: “The increase in budgets for the Scottish Government and extension of City Deals will no doubt benefit businesses in Scotland over the coming months – some light relief for those that have suffered greatly at the hands of Covid-19 – however, as the Chancellor noted himself the economic emergency has only just begun.

“With a peak in unemployment to hit nationally in mid-2021, business leaders are by no means out of the woods yet when it comes to the pandemic’s reach. The pain that will be felt will be far reaching and it is now the job of senior teams to continue to buckle down in order to survive.

“While we have seen an overwhelming outpouring of support within the business community over the last year, it may not last as many face absolute exhaustion from the onslaught of 2020,” Cannon continued.

“As such, business leaders need policy that gives them the opportunity to look beyond the short-medium term, and that provides long term solutions – especially as a Brexit trade deal is still not on the table. Sadly today’s announcement does not provide that.”

The Chancellor also announced that spending 0.7% of GDP on foreign aid was “difficult to justify”, so this will switch to 0.5%, with the intention to return to 0.7% “when the situation arises”.

The move sparked the resignation of Baroness Liz Sugg, the UK Government’s sustainable development minister, who described it as “fundamentally wrong”.

Scottish Labour spokeswoman Jackie Baillie MSP said the Scottish Government should use the funds available to strengthen the NHS and protect businesses and jobs.

The Scottish Greens called the review “cruel and economically illiterate” for placing the economic fallout of the pandemic on the shoulders of those who have already suffered the worst from it.

The party’s co-leader Patrick Harvie said: “Even the lowest earners will receive a pittance, and most will see their incomes cut in real terms.

“The Chancellor’s attempt to justify this by pointing to poverty pay in the private sector, while still refusing to mandate a real Living Wage, is indefensible.”

The Chancellor said that through Scottish Government funding will increase by £2.4bn as a result of the Spending Review.

Documents from the Treasury gave more detail on the announced £4bn Levelling Up Fund, which will attract up to £800m for Scotland, Wales and Northern Ireland, to be invested in local infrastructure that has a visible impact on people and their communities and will support economic recovery.

The review also promised to accelerate multi-year projects under four existing City and Growth Deals in Scotland to drive forward the local economic priorities of Tay Cities, Borderlands, Moray and the Scottish Islands.

The £1.5bn investment in 12 City and Growth Deals, includes £500m for Glasgow, £125m for Aberdeen and £53.1m for Inverness, along with funding to accelerate Tay Cities, Borderlands, Moray and the Scottish Islands Deals from 15 to 10 years.

The UK Government will invest a further £1.1bn to support farmers, land managers and the rural economy, alongside £20m to support fisheries in Scotland, Wales and Northern Ireland.

There was also a commitment to least one Freeport in Scotland, to be a hub for global trade and investment across the UK, promoting regeneration, job creation and innovation

A further £570m was pledged to support farmers and land managers, with £14m to support fisheries in Scotland.

Federation of Small Businesses national chairman Mike Cherry commented: “A Government which claims to be pro-enterprise had very little to say today about the importance of business and private sector job creation.

“This Spending Review was a missed opportunity to help small business owners – not least those who have been excluded from support measures – and brings the need for a pro-business Spring Budget into focus.”