Chemistry kits can help teachers ignite the spark of science


When it comes to physical sciences, South Africa’s pupils lag far behind their peers in other countries. The World Economic Forum ranked South Africa at 128 of 137 countries in math and science education in its most recent competitiveness report. This puts it behind most of its neighbours in the Southern African Development Community.

Physical science is a high school subject that includes chemistry and physics. It’s not compulsory for matric, the last year of secondary school. In 2017 only 32% of the country’s 558 133 matriculants wrote the examination. Only about 40% passed, and very few performed to the standard needed for admission to a university science and engineering degree in one of the country’s five leading universities.

This picture has not changed over the past decade, despite numerous curriculum changes. So, what’s the problem?

Many factors play a role in poor learner performance at school level. One issue that stands out is teachers’ lack of content knowledge and methods of teaching the content effectively.

For many learners science, and especially chemistry, remains a textbook phenomenon. They seldom have the opportunity to investigate everyday scientific events during science lessons. This is the gap that c*hemRoots is trying to fill.

The initiative came out of a post-doctoral research project that developed a kit containing teaching aids. The kit is innovative and different. For example, it isn’t a box containing chemicals for prescribed curriculum experiments. Instead it’s a collection of resources that allow teachers to illustrate theoretical concepts using hands-on practical activities.

These sorts of materials, such as basic chemicals like vinegar and lemon juice, provide teaching resources, as well as support how teachers do their work. They have been found to be effective in supporting teachers all over the world in the classroom.

Support materials like these are commonly available for teachers in developed countries. For instance, publishers Wiley-VCH have produced a resource book in German that describes chemistry experiments which can be done with products from a grocery store.

But very little can be found in South Africa – and when it is available, it’s not aligned to the country’s current chemistry curriculum.

Our kits were designed through consultation with over 60 teachers in three provinces – Gauteng, the Western Cape and the North West – so we could implement their firsthand experiences and also test developments for suitability in the classroom.

The kits contain basic household materials like vinegar and baking soda, and indicator solutions (compounds that change colour when in presence of a base or an acid), like red cabbage juice. These are conveniently packaged in over-the-counter dropper bottles.

A teacher’s guide, which elaborates on the content and describes different ways to use the material, is also included.

Before the teachers can use their kits in class, we run roll-out workshops in collaboration with local education departments and subject advisers. Here, various suggestions about how to apply the materials in different teaching environments are demonstrated. Teachers are encouraged to modify these activities to suit the specific context in which they are teaching.

For example, the reaction of an acid like vinegar with a base like baking soda generates carbon dioxide gas. When you cover the opening of the bottle in which this reaction happens with a balloon, the gas inflates it. It’s a simple demonstration, but one which can help teachers to explain complex concepts like chemical equilibrium.

These activities are not intended to replace the formal practical investigations required by the curriculum. Rather, they provide alternative teaching strategies where real world phenomena are used as the starting point for a discussion about the science behind what is observed.

The first c*hemRoots kits were distributed early in 2018 to 120 teachers in the Western Cape and very positive feedback has been received from teachers. They also asked us to consider expanding the kits’ materials to cover other topics which learners find challenging.

C*hemRoots is an initiative of the DST-NRF Centre of Excellence in Catalysis (c*change) at the University of Cape Town. We’re now sourcing funding to expand the initiative to include more topics, and to distribute kits to science teachers across the whole country.

For the longer-term sustainability, the project also includes the development of an accredited short courses and a web platform. There, teachers will be able to share ideas and ask questions and to create a community of professionals.

And there may be another role for c*hemRoots. The Minister of Science and Technology, Mmamoloko Kugayi-Ngubane, recently announced a draft proposal to introduce mandatory community service for science and maths graduates from public universities. This would see them teaching at schools with a skills shortage in those fields.

While these graduates would certainly have expert knowledge in their respective fields, they wouldn’t have the necessary expertise to make such content understandable. Science kits could make their work much easier – and open up the world of chemistry to their pupils. 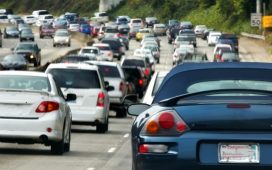 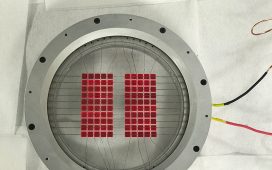 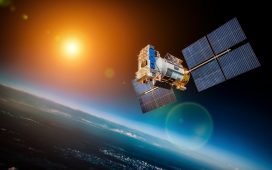 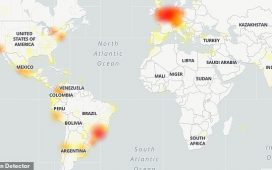 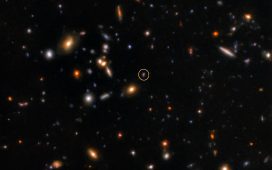