Chilango burrito bond investors could be left with worthless investments

Almost 800 people who together poured £3.7million into Mexican chain Chilango’s ‘burrito bond’ fundraise could be left with virtually worthless investments under plans being proposed to the company’s shareholders.

This is Money understands Chilango’s shareholders received emails Friday night asking them to vote by 20 December in favour of transferring the company’s mini-bond liabilities into a new form of equity, in a bid to ease its £7.2million debt burden.

The proposal means bondholders would be promised returns sometime in the future provided the company improves its financial situation, rather than the 8 per cent interest they’re currently owed. 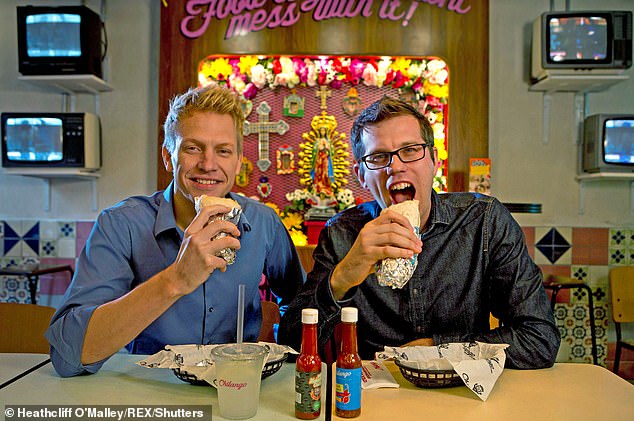 Being holders of the new ‘debt like’ share class – known as preferred equity – would mean the nearly 800 former bondholders would be first in line for any dividends paid out by Chilango.

However, there is no guarantee of this, especially as balance sheet figures seen by This is Money suggested it was on course to make a £1.695million pre-tax loss in the 12 months to the end of this March.

Currently, those who invested in its ‘burrito bonds 2’ fundraise between last October and this April are due 8 per cent interest payments twice a year and are owed their initial investments back at the end of a four-year term.

The new share class does not change how much burrito bond investors are owed, but will supposedly give Chilango greater flexibility when it comes to making repayments. Failing to make dividend payments to preferred shareholders does not mean a company is in default, unlike if it misses bond payments.

Rebecca O’Keefe, head of investment at DIY investment platform Interactive Investor, previously told This is Money that ‘unlike debt sold to institutional investors, holders of retail bonds are at the back of the queue of creditors if the company goes under, and investments could easily be wiped out in a restructuring.’

The new shares will also not come with any voting rights. 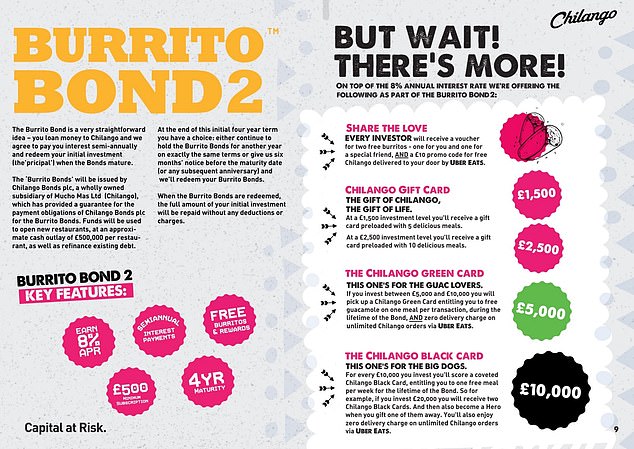 Those who poured £3.7m into Chilango’s ‘burrito bond 2’ fundraise between October 2018 and April this year were promised 8% interest. However this is now in doubt

The move, which will be subject to shareholder approval, is one of a number of steps the 12-restaurant chain is taking to try and get a grip on its finances.

Last month Chilango brought in restructuring firm RSM, and it is also due to launch a proposal for a company voluntary arrangement on Monday, a controversial debt solution which allows firms to cut rents and close restaurants.

According to the email sent to shareholders, an approved CVA will allow Chilango to exit leases it holds on unopened sites. Its bond prospectus estimated it would spend £597,000 on those in the 12 months to the end of March 2019.

Any CVA will require majority approval from the firm’s creditors, which include the almost 800 bondholders who invested in its ‘burrito bonds 2’ fundraise between last October and this April, after being promised 8 per cent returns. 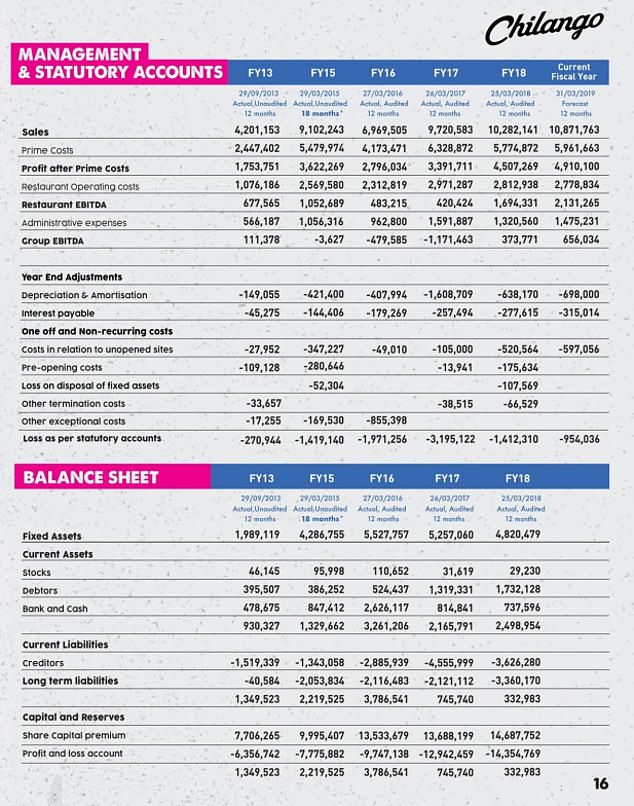 One of the measures put to shareholders as part of the proposed company voluntary arrangement is exiting from non-restaurant leases. It forecast it’d pay nearly £600,000 on these in the March 2019 financial year

If the new equity is agreed by shareholders, it would serve to ease Chilango’s debt burden, as the £3.7million burrito bond debt and that of other unsecured creditors would disappear from its balance sheet. That raise is currently due to cost the chain £236,000 a year in interest.

This is Money previously reported how the company owed £7.2million to ‘other creditors’ and in long-term loans in March this year, which related both to two burrito bond fundraises and on loans to shareholders, which the company was paying between 8 and 15 per cent interest on.

That debt pile meant the company had negative equity of £1.3million at the end of this March.

Chilango’s AGM is due to take place on 19 December, having previously been postponed from 29 November due to the restaurant chain’s talks with RSM.

This is Money has contacted the chain for comment.

What you need to know before buying into bonds

* Any investor buying individual shares or bonds would be wise to learn the basics of reading a balance sheet. Read a guide here.

* When looking at bonds, research all recent reports and accounts from the issuer thoroughly. You can find official stock market announcements including company results on This is Money here.

* Check the cash flow is healthy and consistent. Also look at the interest cover – the ratio which shows how easily a firm will be able to meet interest repayments on its debt. This is calculated by dividing earnings before interest and taxes (known as EBIT) by what it spends on paying interest. A guide to doing investment sums like this is here.

* It is very important to find out what the bond debt is secured against, and where you would stand in the queue of creditors if the issuer went bust. This should be included in the details of the bond offer but contact the issuer direct if it is unclear.

* Consider whether to spread your risk by buying a bond fund, rather than tying up your money with just one company or organisation.

* Inexperienced investors who are unsure about how retail or mini-bonds bonds work or their potential tax liabilities should seek independent financial advice. Find an adviser here.

* If the issuer is a listed company, before you decide whether to buy it is worth checking the dividend yield on the shares to see how it compares with the return on the bond. Share prices, charts and dividend yields can be found on This Is Money here.

* Investors should bear in mind that it can be harder to judge the risk involved in investing in some bonds than in others – it is easier to assess the likelihood of Tesco going bust than smaller and more specialist businesses.

Funds set to benefit from the green revolution: How Isa investors can profit by backing clean energy