CRYPTO GIANTS Binance Holdings Ltd. and Tron have been banned on China’s largest micro-blogging service amid what appears to be fresh steps to crack down on digital currency trading.

The official accounts of exchange operator Binance and blockchain platform Tron were suspended by Twitter-like Weibo last week. At the same time watchdogs in Shanghai issued notices calling for a cleanup of companies involved in cryptocurrency trading, while one in Beijing warned against illegal exchange operations.

The latest crackdown came after President Xi Jinping urged faster development of blockchain last month, hailing it as one of the core technologies requiring China-led innovations. Xi’s remarks spurred companies to jump on the blockchain bandwagon to drive share prices. State media have warned against the frenzy.

The Shanghai headquarters of China’s central bank and the city’s financial regulator said in a notice they co-signed on Nov. 14 that local government agencies should work with any companies under their supervision that are tied to cryptocurrency to exit such business immediately, Bloomberg News has reported.

A Binance spokeswoman said Monday that Weibo suspended the exchange’s account last Wednesday, before the notice was issued, adding that the social media platform didn’t give a reason. Binance is appealing the decision, she said. Tron founder Justin Sun told Bloomberg on Monday that he doesn’t think the Weibo account shutdown is related to the government notice. Tron is working to restore the account.

In the notice, the Shanghai regulators cited an order from China’s top internet-finance watchdog, which they said is concerned about the resurgence of speculative bubbles after the recent promotion of the blockchain technology that underpins cryptocurrencies such as Bitcoin.

A representative with the Shanghai branch of the People’s Bank of China confirmed the authenticity of the notice, which has been circulating online, but referred to the city’s financial-stability office for comment. Calls to that office went unanswered.

A separate announcement, published on the website of Beijing’s financial regulator on the same day, warned against the risks of illegal operations of financial-asset exchanges in the capital — but didn’t cite crypto specifically.

While China is an avid supporter of blockchain — the central bank is working on its own digital currency — authorities have waged a two-year campaign to restrain crypto activities amid concerns like speculation, fraud and capital flight. In 2017, China ordered an end to exchange trading of digital currencies, but trades are still rampant through alternatives like over-the-counter channels offered by exchanges Huobi and OKEx. Malta-based Binance also recently started to host OTC yuan trading.

“We want to follow the recommendations very closely, and we want to promote the blockchain research and development,” Binance Founder and Chief Executive Officer “CZ” Zhao Changpeng told Bloomberg Television last week about its China strategy. “We just want to help where we can.”

Zhao said Binance doesn’t have an office in Beijing, following a recent report from industry publication CoinDesk that it’s planning to open one that cited two unnamed sources. The Binance spokeswoman said Monday that the exchange doesn’t have fixed operations in mainland China at the moment.

As for Tron, its controversial Chinese founder apologized in July for “excessively” promoting his charity lunch with Warren Buffett, noting it raised concerns among authorities. The lunch that Sun had won with a more than $4.6 million bid at auction was delayed and still appears not to have been rescheduled. — Bloomberg 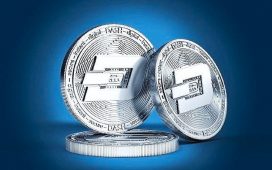 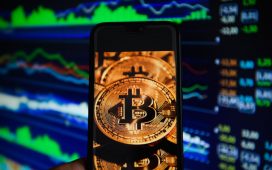 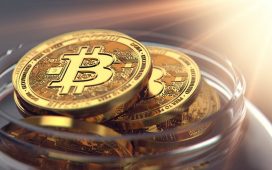 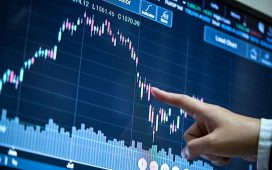