CHINA THEORY: Did this cause the Bitcoin price explosion? – Micky News

A prominent Australian blockchain pioneer has outlined a compelling theory around why the Bitcoin price exploded this week.

Bitcoin has jumped more than 40% since President Donald Trump escalated the US-China trade war at the start of last week.

The 25% tariffs on $200 billion of Chinese goods went into effect on Friday morning US time. Over the next two days, the price of Bitcoin jumped almost 20 percent.

Travers, who heads up DigitalX – the world’s first publicly listed blockchain technology company – told Micky on Tuesday he believes the Bitcoin price spike is being driven in large part by Chinese investors.

“Chinese and expatriate Chinese around the world are contributing to the recent rise in the price of Bitcoin. They are seeing Bitcoin as a hedge against the falling Yuan,” he explains.

The Yuan has fallen to four-month lows against the US dollar during the latest round of the US-China trade war. 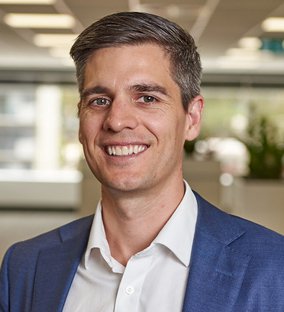 Societe Generale predicts the latest round of tariffs could lower China’s GDP by 0.5% and the United State’s by 0.25%. But it’s China that appears to have the most to lose from the stoush, as it exports considerably more to the US than vice versa.

With cryptocurrency exchanges officially banned in China, most trades for fiat are conducted in Over The Counter (OTC) transactions making it virtually impossible to put figures on the amount of Chinese money flowing in.

However, Travers – who is also Vice Chairman of the Australian Digital Commerce Association –  says there is a precedent.

“China has been one of the biggest leaders for Bitcoin price runs of this magnitude on almost on every other occasion in the past except Consensus 2017,” he says.

Travers adds that some other traditional avenues allowing investors to get money out of China, such as overseas property investments, have been ‘significantly closed’.

Head of International Fixed Income at National Alliance Securities Andy Brenner made a similar point in a note to clients this week, pointing out that Bitcoin had made a recent and sharp divergence from Chinese currency prices.

“If you were in China and you wanted to diversify, it would seem logical that Bitcoin would be a short term alternative,” Brenner wrote.

“While we do not see the direct flows of who is buying Bitcoin, we can see that the bid for Bitcoin in this latest run has coincided with a big down tick in the value of the Chinese Yuan versus the dollar.”

Other factors in the price spike

Other factors in Bitcoin’s recent spike include Bitfinex’s $1 billion IEO (BTC jumped 4% on the news), the Consensus conference in New York and bullish signs institutions are investing in crypto, including Fidelity’s soon to open OTC Bitcoin desk.

But numerous other analysts agree the flight to safety during the trade war has been a factor in the price boom.

“Bitcoin is often referred to as digital gold and we are currently seeing the digital currency performing the same role in the market as physical gold amidst an investor flight to safety,” Travers says.

Surprisingly, gold itself has only risen modestly around 1% and remains well below its yearly high reports.

“The gold price’s failure to respond fully sends a warning signal to traders that its safe-haven status may be ebbing away and that further falls could be in prospect,” wrote Martin Essex on DailyFX.

Bitcoin’s volatility is an issue

Still, Bitcoin remains an unlikely ‘safe haven’ given its volatility. The cryptocurrency closed 2018 73% down.

Travers says for that reason, Bitcoin will only form a small part of a portfolio at this stage.

“It’s a way for someone to diversify their wealth,” he says. “It’s not a short term bet, it’s a long term investment and a very small part of a portfolio.

“But it doesn’t take too many people to take a 1% position for the 21 million (total supply of BTC) to disappear quite quickly.”

Travers says he believes millennial and some tech investors already prefer Bitcoin to Gold as a store of wealth.

Asked if he believes Bitcoin will overtake gold he says the cryptocurrency has “a long way to go”.

“That’s my personal view,” he says. Travers laughs and adds: “Certainly not a recommendation to buy or sell!”

The best thing about the recent #crypto pumps are that they’re happening on Australia Pacific waking hours. This occurred during most of 2017 before US/Europe took over during the parabolic ICO mania of late 2017. #trading