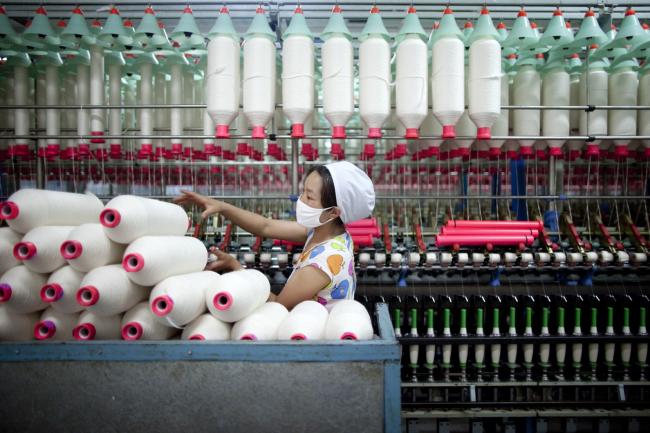 © Bloomberg. A worker manufactures cotton yarn at a factory in Dali county, Shaanxi province, China, on Wednesday, April 27, 2011. China, the largest cotton importer, cancelled orders for more than 100,000 bales in April after heavy buying in March, according to the U.S. Department of Agriculture. Photographer: Nelson Ching/Bloomberg

(Bloomberg) — China’s economy rebounded through the first quarter, offering the government room for maneuver as trade negotiations with the U.S. enter a crucial stage.

The numbers are a reversal from as recently as January when key readings were pointing to a pronounced downturn. U.S. officials had previously touted such weakness as leverage in their push for a trade agreement.

“President Trump and other U.S. officials spent much of the last year saying that China’s slowdown was making Beijing desperate for a deal,” said Michael Hirson, Practice Head, China and Northeast Asia at Eurasia Group and a former U.S. Treasury Department official. “Now that China’s growth is recovering, Trump and team will be getting more questions from pundits and the media about whether his leverage is slipping away.”

While the better data isn’t likely to radically alter the course of negotiations that are already in their late stages, at the very least they will change the atmosphere, Hirson said.

The exchange of tit for tat tariffs last year between the world’s two-biggest economies on roughly $360 billion worth of each others goods had dragged on global growth and hammered sentiment before both governments agreed a truce.

Car production grew in March for the first time since September, showing manufacturers might be more optimistic after the sales slump last year. Aluminum and steel output also reached records in the first quarter as producers ramped up operations amid prospects for better demand in the world’s biggest commodities consumer.

The robust data stoked skepticism as critics said authorities are again relying on cheap credit to stoke lending and demand. Investment by state-owned firms quickened to 6.7 percent and slowed for private firms to 6.4 percent, underscoring the government’s role in supporting growth.

“I think policymakers, who were choosing “deleveraging” over the past two years, are now back to increasing leverage,” said Alex Wolf, head of investment strategy at J.P. Morgan Private Bank in Asia.

It wasn’t all good news either: The surveyed jobless rate remained over 5 percent for a third month and the nominal growth rate, which is un-adjusted for price trends, decelerated. That means slower corporate profits. On top of those, some other factors raising concerns about the sustainability of the recovery are:

The reports led some economists to conclude that the data mean policy makers will scale back stimulus measures that had been penciled in for the year.

For the global economy and for China’s trade negotiators, that’s a marked turnaround from the gloomy outlook seen just a few months ago.

“It strengthens China’s hand,” said Cui Li, head of macro research at CCB International Holdings Ltd. in Hong Kong. “With the strong data, it’s easier to make a win-win argument that China will help the global economy to achieve a soft landing, and everyone is better off without the uncertainties as global growth slows.” 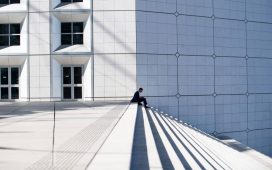