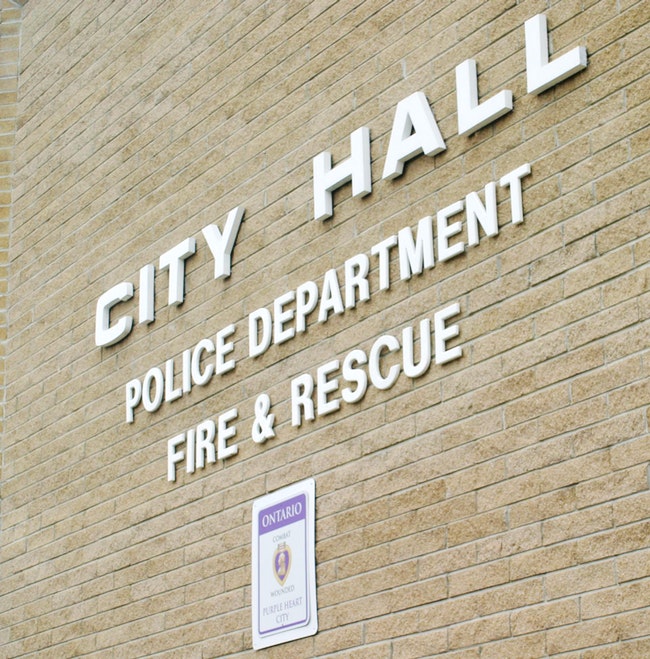 ONTARIO – The expansion of the marijuana industry and upgrades by two major employers triggered a modest spate of growth in Ontario since 2017, city records show.

“We are growing commercially and I think we will continue to grow commercially at a steady pace,” said Adam Brown, Ontario city manager.

Recent statistics generated by the Ontario Community Development Department show a significant boost in planning and zoning revenues, which translated into more cash for the city.

In the 2018-19 fiscal year, Ontario issued 16 conditional use permits, but only three during the previous two years.

The boost in land use actions raised more revenue for the city. During the 2017-2018 fiscal year the city collected $3,992 in planning and zoning fees but jumped to $44,398 the next year.

“The majority of it is because of all the marijuana conditional use permits and a lot of those facilities had to have two or three land use actions,” said Dan Cummings, city community development director.

“At the first of the year there was about a 20 percent increase in all application fees,” said Cummings.

The number of land use actions is still climbing, said Cummings.

The boost in building department revenue is linked to major upgrades completed at the Heinz Frozen Food Co. plant in Ontario and at Saint Alphonsus Medical Center Ontario.

“Heinz, they built two buildings out there and the hospital did some major remodeling,” said Cummings.

The hospital upgrades, he said, included a new obstetrics wing and work on a new pharmacy.

The additional $50,000 into building department remains in its budget but the $44,398 from planning and zoning fees goes into the general fund, he said.

Brown said the $44,398 is “one-time” money, which means city officials can’t count on that amount of cash every year because the number of land use actions fluctuates. The extra $44,398, though, could be used in various ways, he said.

“It is not going to put more police officers on the street, which I think the council would like to do with new revenue. Planning and zoning money isn’t what we count on. But it is the type of money that could be invested back into the community. It is something we will have to wrestle with with the budget committee,” said Brown.

Commercial growth may carry its biggest impact for the city through property taxes.

“With steady retail growth, there is property tax which is more permanent so we are looking at that growth to see if we can fund additional (police) officers,” said Brown.

READ  Einride CEO on autonomous trucks: ‘The biggest business opportunity in the history of mankind’

Ontario’s geographic location also is a plus, he said.

“The sales tax shelter in Oregon offers a good opportunity for retailers. That is where the steady growth will come from,” he said.

Brown said an expansion in hemp manufacturing – and the influx of marijuana dispensaries in Ontario – also could push growth. There are now four hemp/Cannabidiol – or CBD – oil extraction businesses in Ontario, he said.

“It seems to be a good climate for processing it,” said Brown.

Cummings said there was some minor residential expansion but not at the pace of the commercial growth.

Cummings attributed the residential development to the city’s housing incentive program. That program, created in 2017, offers a $10,000 cash incentive for new construction in town or on property that can be annexed into the city.

3 Reasons Why Nike Can Overcome the Coronavirus Crisis – Motley Fool

5 Unbelievable Mattresses Deals Over 50% Off